Best String Trimmers For Your Lawn

Give your lawn that finishing touch with a string trimmer. The best string trimmers can tackle hard-to-reach areas where lawn mowers can’t navigate, like around trees, fence posts, mailboxes, shrubs, walkways and more. This guide highlights the different types of trimmers, along with information on shaft styles, trimmer lines and safety considerations. 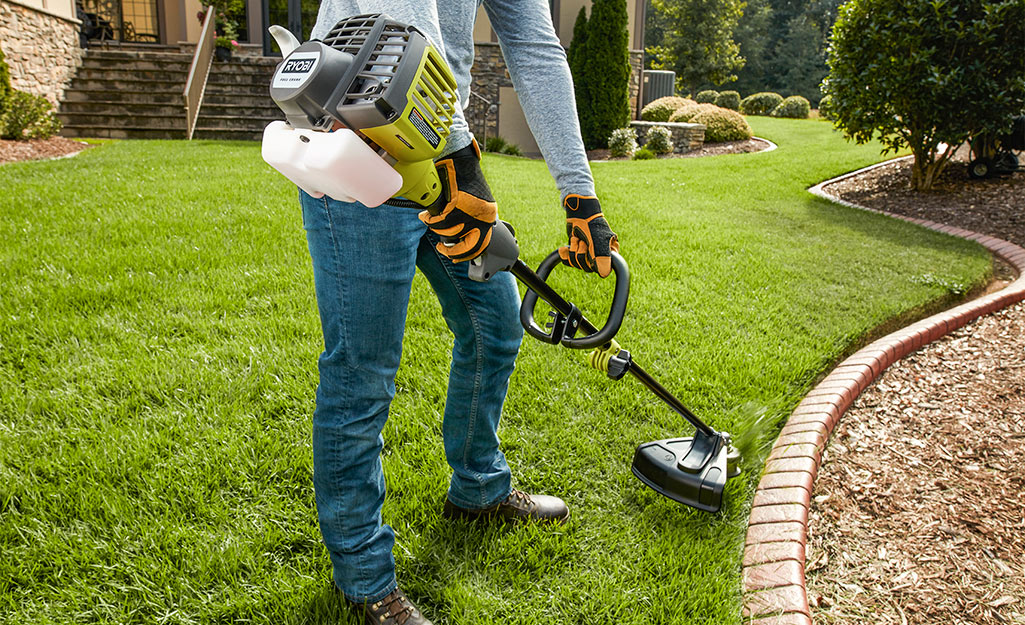 There are two main types of string trimmers: gas-powered or electric.

Gas string trimmers are cordless, powerful, have two-cycle engines and require a mix of gas and oil to operate. These are often considered the best grass trimmers for large lawns. Some models feature a four-cycle engine that runs quieter and more smoothly and starts easier than their two-cycle engine counterparts. Plus, they do not require you to premix the oil and gas. However, the heftier four-cycle engine makes the gas trimmer noticeably heavier than a two-cycle gas trimmer, which can affect its overall maneuverability for some users.

Electric string trimmers can be either corded or cordless and are easily turned on via a switch, rather than by pulling a rip cord like you would for a gas trimmer. Since they are lightweight and less high-powered than gas trimmers, electric trimmers are considered best weed trimmers for smaller yards. Battery-powered cordless string trimmers are a good low-maintenance option for small to mid-sized yards and are more maneuverable than corded trimmers, which may require extension cords to reach every corner of your lawn.

Tip: Some trimmer models can convert into edgers by rotating the head and putting it in a vertical position to cut precise, uniform lines. 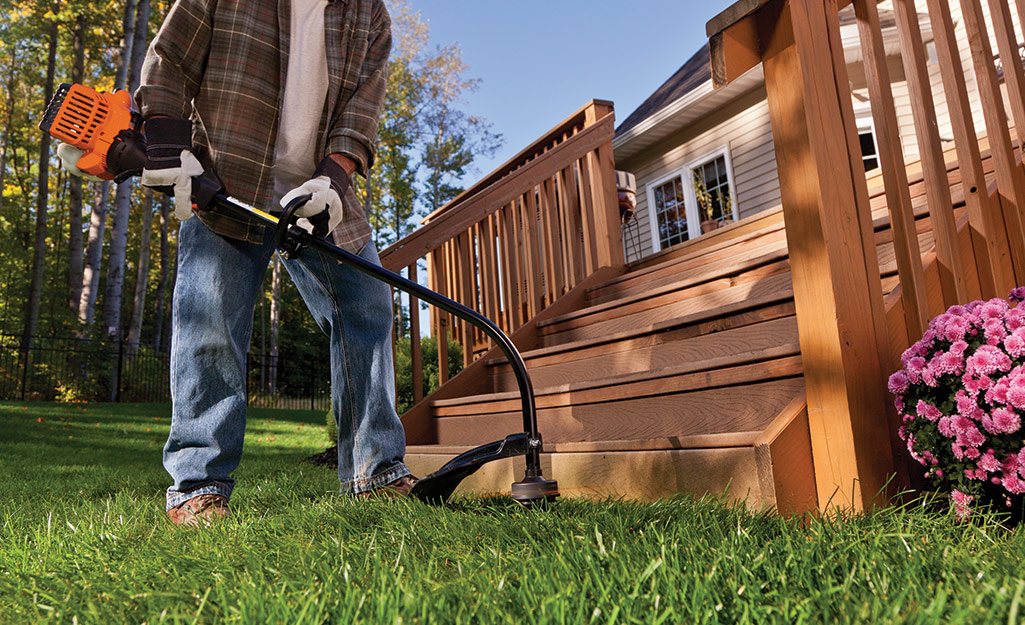 Trimmer shafts, sometimes called shanks, can be straight or curved, each providing its own set of benefits when you’re using a trimmer.

Straight shafts tend to provide better weight balance and longer drive shaft life. They provide safer operation by keeping the head farther away from you during use.

Curved shafts use a flexible-cable drive shaft to provide power to the head and generally require a lower initial investment. They are great for trimming around flower beds and other squared-off areas. Curved shafts are also easier to maneuver and often weigh less for more comfortable use.

Tip: Longer shafts are ideal for trimming under fences, hedges and bushes. 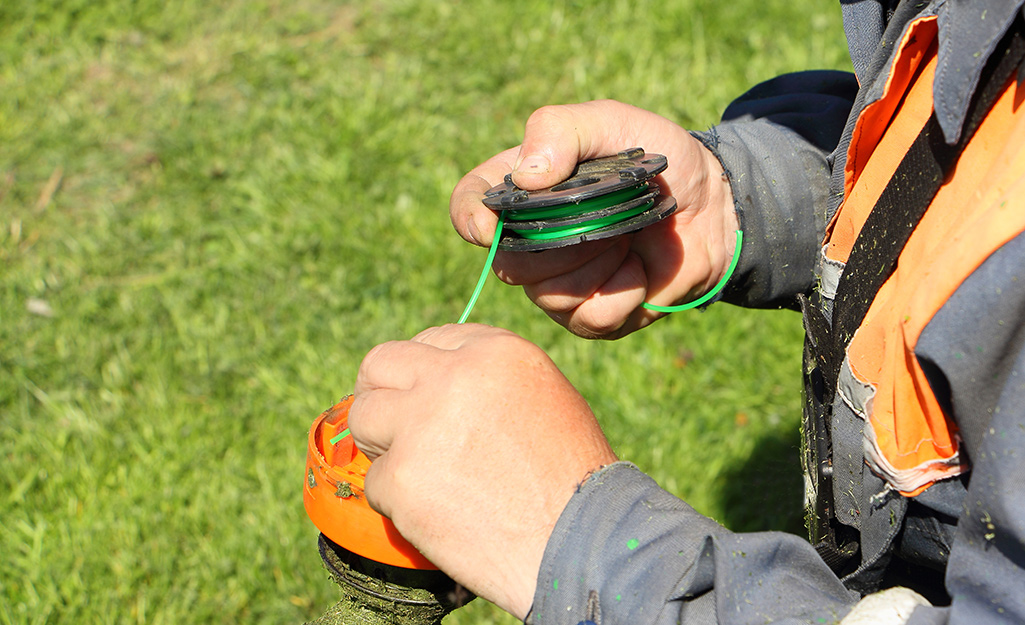 Using the right string trimmer line will go a long way toward making sure your trimmer works efficiently.

Standard-grade line is economical and best for low intensity trimming in smaller yards. Commercial-grade line is ideal for use on a heavy-duty gas trimmer and in larger yards where there are heavier patches of grass and troublesome weeds.

Tip: When pruning hedges, let the tip of the line do the cutting to avoid premature wear. Always keep an extra spool of line handy so you never run out. 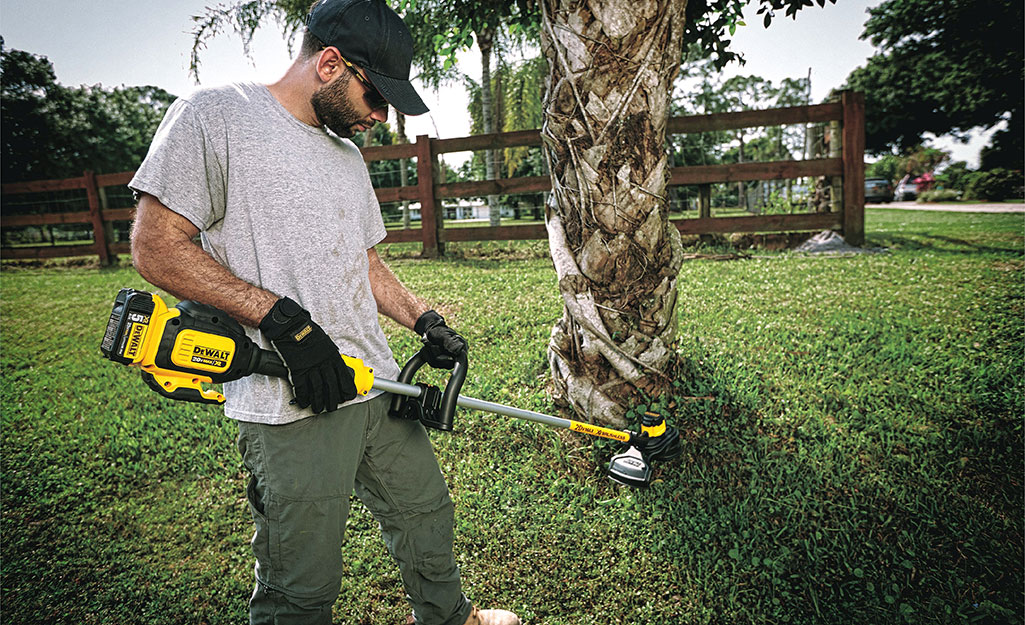 Using the right string trimmer will make short work of all your lawn work. If you only need a string trimmer for a one-time landscaping project or want to try different models before you buy, consider the choice that best suits your needs. If you need more line or need to buy a new string trimmer, The Home Depot delivers over a million online items. 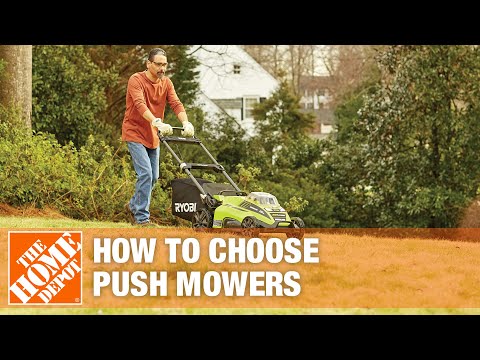 Best Push Mowers For Your Yard 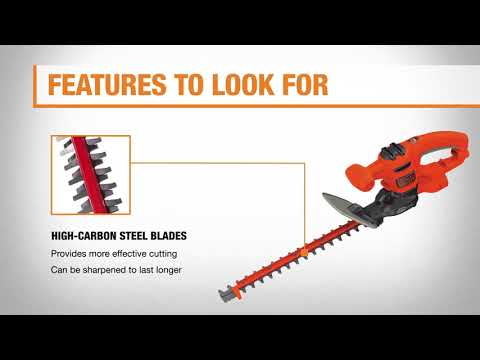 Best Hedge Trimmers For Your Yard 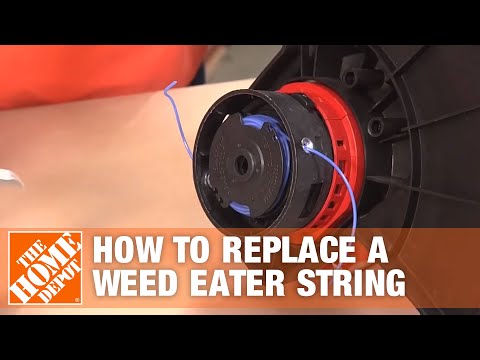 How to Maintain Your Weed Trimmer 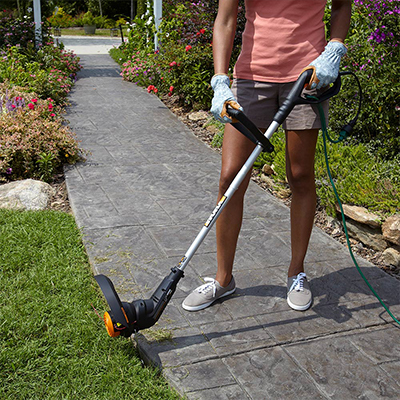 How to Use a String Trimmer