A drill is a home toolbox essential for almost any DIY project or home repair, but depending on the project, an impact driver may be more useful. At a glance, the two tools may seem similar as they sit on a store shelf, and there are indeed some similarities. Impact drivers and drill drivers both come in corded and cordless models, offer a reverse direction setting to make releasing fasteners easier, and you can tackle a range of jobs by purchasing the right bits to use with the tool.

However, these tools are not interchangeable. This guide will walk you through the important differences between impact drivers and drills so that you can make a sound investment depending on the type of tasks you need to accomplish.

Tip: If you're planning to use these tools for a one-time project, consider tool rental. Rent tools and trucks for any project at The Home Depot.

A standard drill-driver is an excellent all-purpose tool. The head includes a chuck – keyed or keyless -- used to hold bits in place. Both standard and hex bits can be used, which enhances its versatility. The tool generally has a low speed used for driving screws and other fasteners and a higher speed for drilling. Standard power drills also include a clutch, allowing you to adjust the level of torque. This is important to prevent fasteners from being over tightened and to prevent the drill from damaging the materials.

By contrast, an impact driver is more compact and lightweight than a standard drill-driver and usually has more torque or twisting force. Generally, cordless impact drivers are either 12-volt, 18-volt or 20-volt MAX models. As the voltage rating increases, the impact driver is typically faster and more powerful.

Impact drivers are designed with no chuck, instead using a hex collet, a type of quick-change clamp that accommodates drill and driver bits with ¼-inch hexagonal shanks. Pulling forward on the collet allows you to slip in the bit, and releasing it engages the clamp action. Impact-rated hex bits are required to stand up to the force exerted by the impact driver.

The impact driver motor delivers power in quick rotary bursts to produce more torque when needed and protects the user’s wrist by applying most of the force downward. The action is automatic when the impact driver encounters resistance. Impact drivers typically run in one gear, but more advanced models have up to three gear ranges, and all have a variable speed trigger. See our cordless drills buying guide for more information 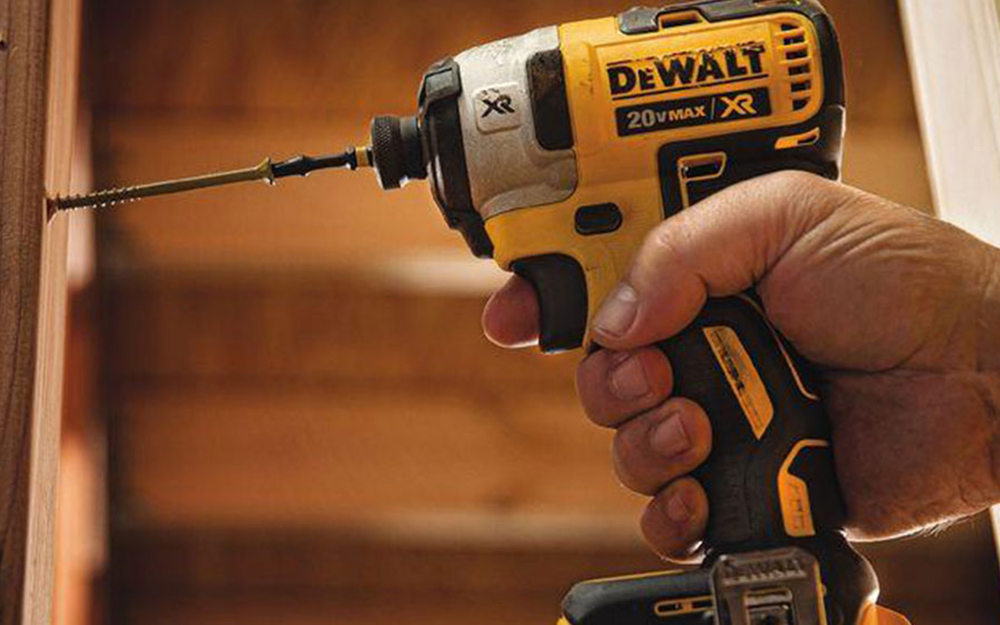 Standard drills are primarily used for drilling holes and driving in small fasteners. An impact driver’s main purpose is to drive large fasteners. Long screws and, with the use of an adapter, lag bolts can be driven in more easily by an impact driver.

Additionally, with the use of impact-rated, ¼-inch hex-shank drill bits, you can accomplish some basic drilling tasks with an impact driver. However, these tasks will be limited in scope; an impact driver is not ideal for precision drilling tasks and should be limited to jobs where the size or placement of the hole is not crucial but more torque may be needed, such as drilling through metal and dense or knotty wood.

Tip: Always follow manufacturer’s use and safety recommendations for drills and drill accessories.

The main advantage of a standard drill is its versatility. It makes a serviceable tool for most jobs since it can accept a wide variety of bit types. An even greater advantage is its moderate price, a standard tool-only drill-driver costs significantly less than an impact driver of a comparable voltage.

Impact drivers offer a number of advantages, particularly if you are completing a larger scale project. It provides much of the force you may need to drive in a large fastener, reducing the demand on your muscles and wrists. This can also help extend the time you can comfortably work on your project. Also, the impact driver is much less likely to strip your screws when in use. The short pulses tighten in more controlled fashion, allowing the tool to maintain better contact with the screw head. 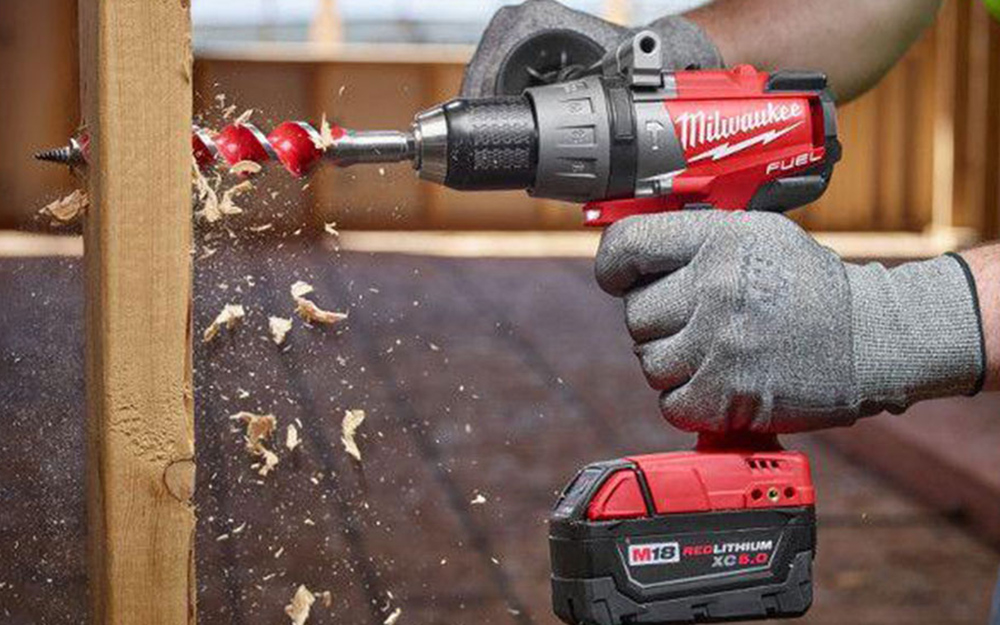 A hammer drill’s body style is similar to that of a drill-driver. However, a hammer drill is built to add extra power and a hammering action. The direction of force is different, though. The force of the hammer drill is applied directly to the bit as it hits the medium as if there was a hammer being smacked into the back of the drill as it presses forward, almost like a jackhammer. This helps break up a harder material with the bit tip while the spirals of the drill bit spin the debris out of the hole you create. Hammer drills are usually used for work with stone and concrete and should be used with masonry bits only.

There are two modes of operation on most hammer drills. In addition to its normal action, the hammer function can be turned off. This lets the drill function as a standard drill-driver for use with wood or metal. This can be useful when you are unsure what the material is you’ll be drilling – if, for example, you are unsure if there is wood or concrete behind a wall – but since a hammer drill is more expensive and heavier than a standard drill, it would not be an advisable tool for lighter household tasks.

One major consideration when choosing an impact driver or a drill-driver is to get a tool with a brushed or brushless motor. Due to friction produced in its operation, a brushed motor is slightly less efficient than its brushless counterpart. Brushless motors operate without friction, leading to a number of benefits: more power going to the tool, precision motor and power control, more battery run time, less heat generated during use, and a longer-life battery. In addition, brushless tools require less maintenance. Due to the friction produced by contact, the parts in a brushed tool may occasionally need to be replaced. However, these advances in brushless technology come at a higher cost.

If your tools will get heavy and regular usage, investing in brushless may be a great value in the long run, but if you only break out your tools box for occasional household and DIY projects, brushed tools can serve you well and save you upfront costs. See our guide on types of drills for more information.

In all, when looking at an impact driver versus a standard drill-driver, the answer to the common question of which type to purchase is both. For the avid DIY-er, they can be valuable additions to your toolbox to help tackle a wider array of projects. Anyone who works extensively with masonry, either professionally or as a hobby, can benefit from owning their own hammer drill.

The two types of drills are sometimes sold together in combo kits which can be a great way to acquire both at a good value.

Ready to find the supplies you need in your local store? Use The Home Depot app to locate products and check inventory. We'll take you to the exact aisle and bay.