How to Grow Corn

Grow corn in your garden this summer. The stalks reach for the sun in the summer heat and supply tasty kernels to be eaten on and off the cob.

Look for new varieties of sweet corn seed to plant in your garden in spring. Read seed packets to discover varieties with the qualities you prefer: sweetness, crispiness and tender texture.

Corn needs between 60 and 100 days from sowing to harvest, and if you have room in your garden, you can stagger plantings. Start with an early variety like 'Early Sunglow' that performs well in cold weather and is ready to pick in just 63 days.

For plenty of corn all summer, also plant a longer-growing variety like 'Silver Queen' that's ready to harvest in 92 days. In the garden, keep varieties separate to avoid cross-pollination.

All seed sold at The Home Depot is non-GMO. 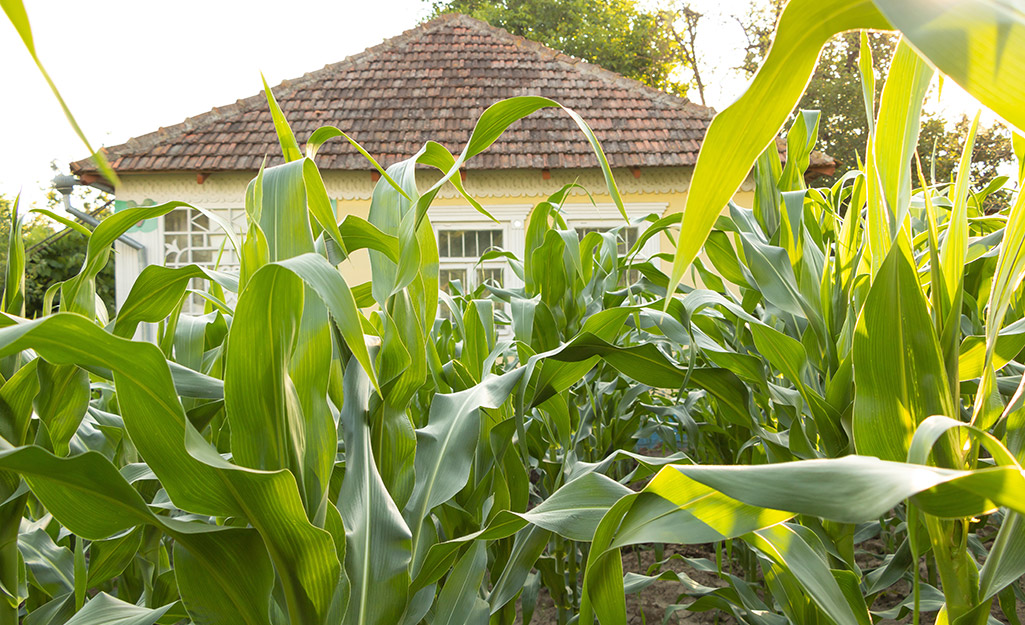 Plant corn in a full sun site with at least 6 to 8 hours of sunlight each day. In the case of corn, more sun equals more fruit.

Corn grows best in well-draining garden soil amended with organic matter. In early spring, you can test your garden soil and amend the soil based on the recommendations. Soil tests are available from The Home Depot and your local Cooperative Extension Service. Learn more about soil tests.

Corn likes a slightly acidic pH of 5.8 to 7.0. Apply organic compost to soil to improve drainage and fertility.

Corn self-pollinates powered by wind. Plant single corn varieties in blocks of three to four rows, rather than single rows, for best pollination.

How to Plant Corn 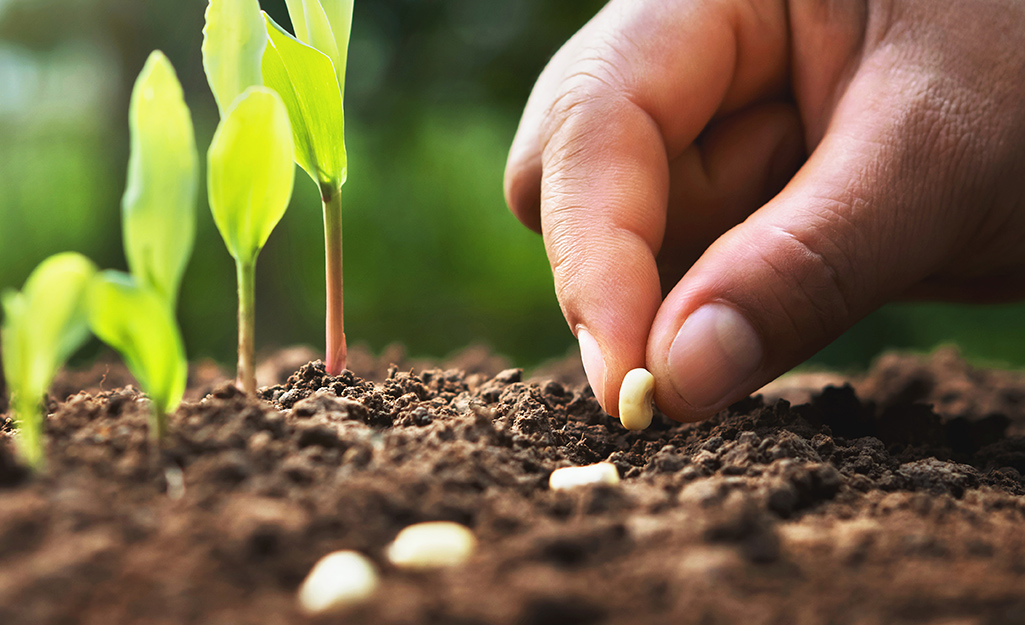 After danger of frost is passed, plant corn seeds directly in the garden. Soil temperature should be 65 degrees Fahrenheit. You can measure soil temperature with a soil thermometer or by placing your hand in the soil. Check your area's average date of last frost in spring.

Plant corn seeds 9 to 12 inches apart in rows 24 to 36 inches apart. Keeping 3 to 4 rows in a block will aid with pollination.

Corn is a heavy feeder and nutrition can come from organic matter and organic fertilizer. Time a side-dressing of rich, organic compost when the stalks are about 12 to 18 inches high, and again when tassels emerge.

Corn needs regular watering in its early growth and when it's developing fruit. Consider using drip irrigation or a soaker hose hooked up to an irrigation timer. Cover the soaker hose with mulch to retain moisture and keep down weeds.

Tip: Storms can knock corn stalks to the ground. To keep corn upright, string twine around the block of corn stalks.

Pests and Diseases of Corn 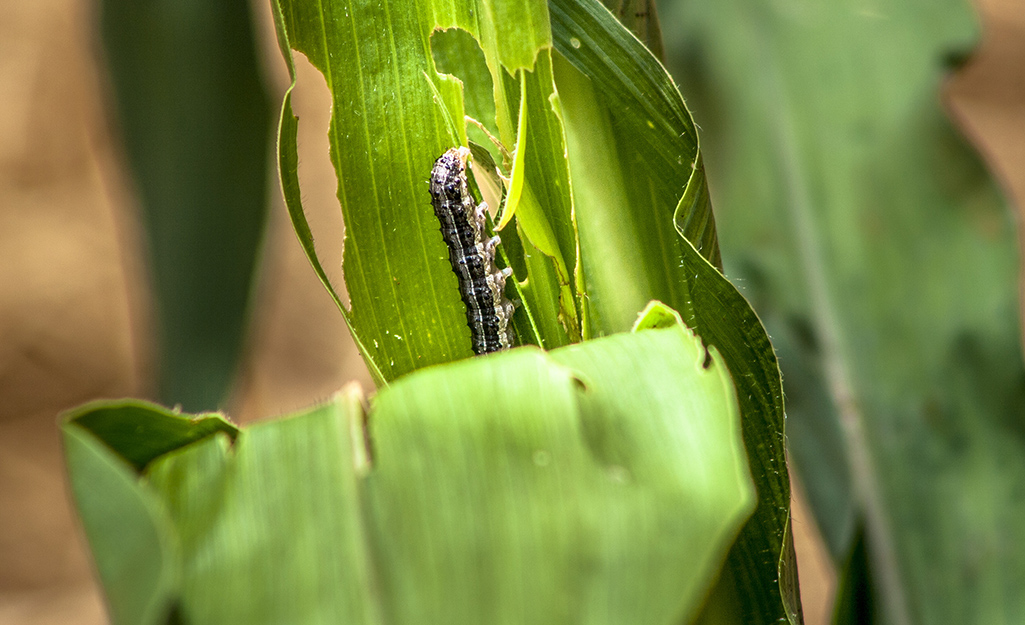 Scouting for pests and diseases is your best defense in the garden. Keep an eye out for the early forms of caterpillars to get a handle on the problem and come up with a solution.

For example, it's not uncommon to tear open an ear of homegrown corn and spy a small caterpillar called a corn earworm.

If corn earworm is a problem in your garden, you can spray corn with Bt (Bacilllus thuringiensis),  an organic treatment that disrupts the caterpillar's life cycle.

Japanese beetles will find their way onto corn, too. You can handpick the adult beetles off the corn and drop them into a bucket of soapy water. Neem oil may be helpful in reducing  Japanese beetle populations.

Corn smut is a gall that causes a growth on the leaves, stems, ears and tassels. A gall is an abnormal growth usually caused by insects, nematodes or mites, and sometimes by fungi and bacteria. The corn smut gall is caused by fungi.

Use a sharp knife to cut out the gall so it will not spread. Dispose of the gall in the trash, not the compost. Clean the knife with an alcohol wipe or bleach solution between uses to prevent spreading the fungus.

How to Harvest Corn 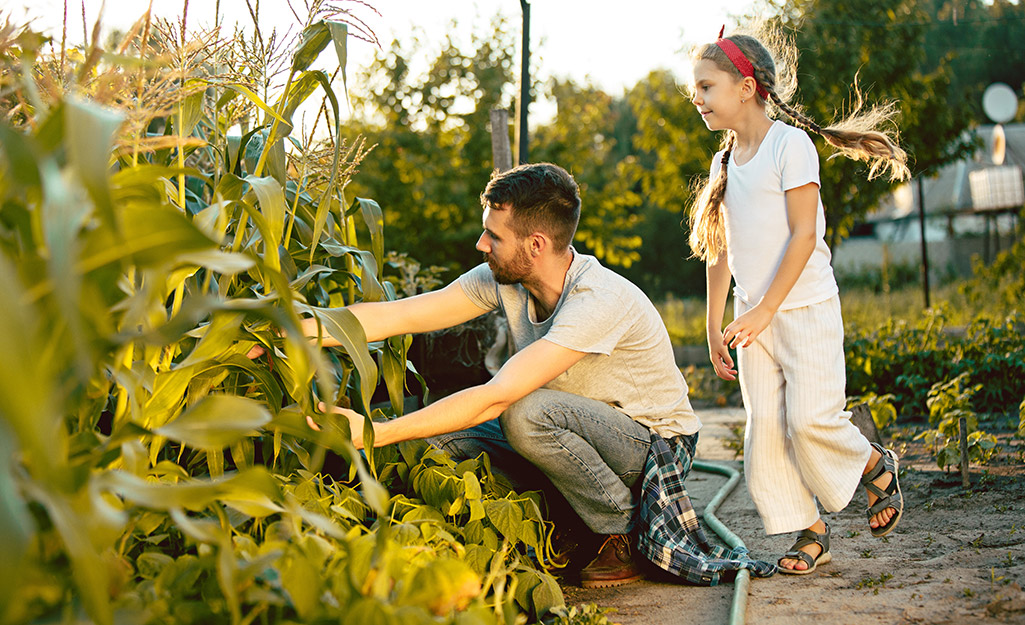 About 18 to 24 days after the silk is first visible, it will dry out and turn brown. Tear open the husk and check to see if the kernels in the center of the ear are full.

If you're harvesting a lot of corn, bring a large bucket of cold water. Plunge the ears into the water for 15 minutes and then allow to drain.

Dry ears and store them in gallon plastic or mesh bags in the refrigerator. Use within a week.

Corn can be eaten fresh off the cob and used in recipes.

Corn on the Cob with Chili Butter Recipe 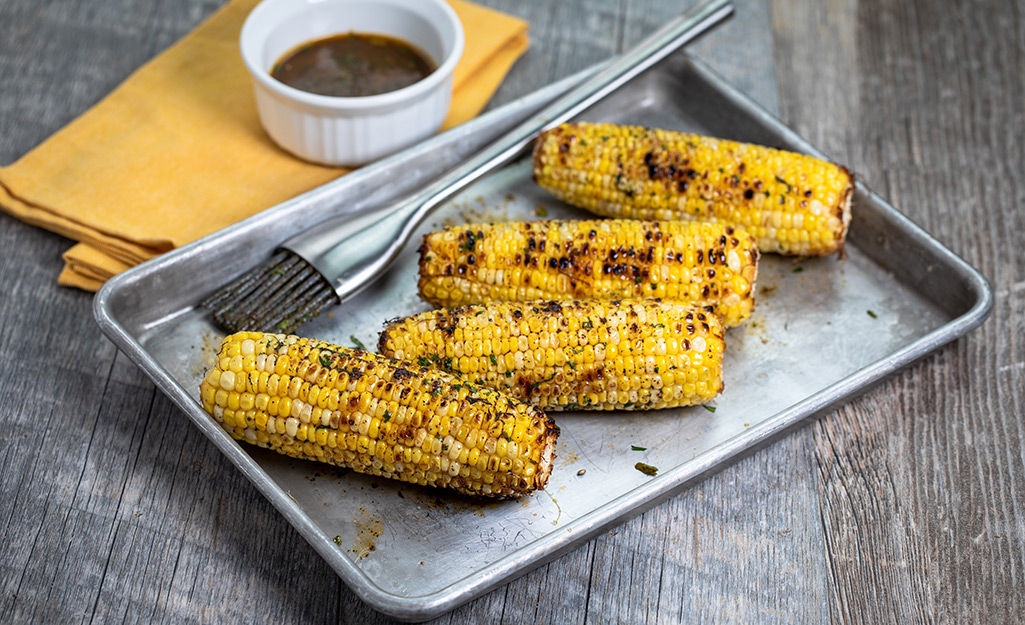 Corn on the Cob Smeared with Chili Butter Recipe

This is an easy recipe to multiply. Serve these ears of corn at your next barbecue and you'll wake up more than your taste buds.

1. Prepare the grill for direct cooking over medium heat (350 to 450 degrees Fahrenheit).

2. In a small bowl, mix together the butter ingredients. Lightly coat each ear of corn with butter.

3. Brush the cooking grates clean. Grill the corn over direct medium heat, with the lid closed, until browned in spots and tender, 12 to 14 minutes, turning occasionally. Remove from the grill.

4. Generously brush the remaining butter on the corn. Serve warm.

Whether you need the right planters, seeds or potting soil, The Home Depot delivers online orders when and where you need them. 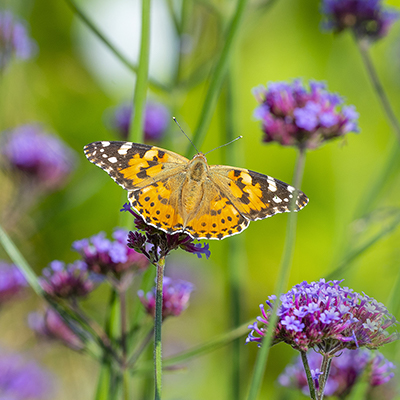 How to Attract Beneficial Insects to Your Organic Garden 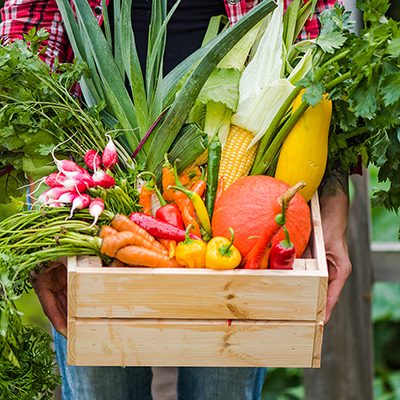 How to Grow, Harvest and Enjoy Your Vegetable Garden 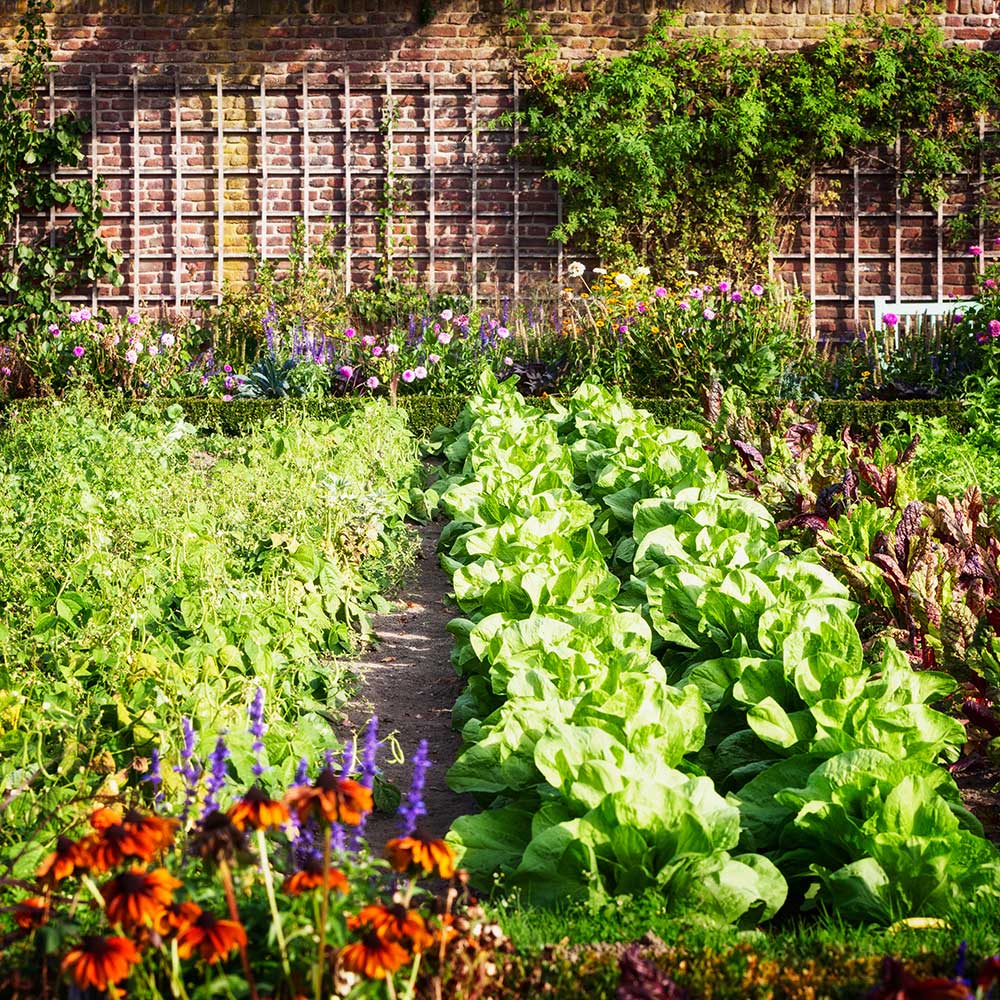 Seeds to Direct Sow in the Vegetable Garden 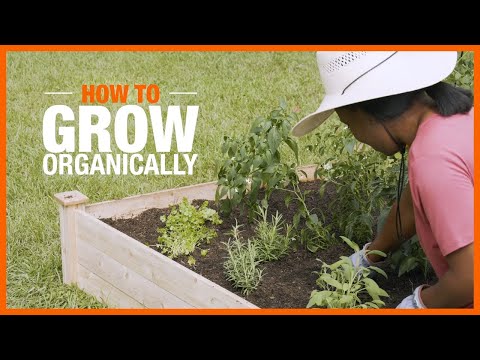