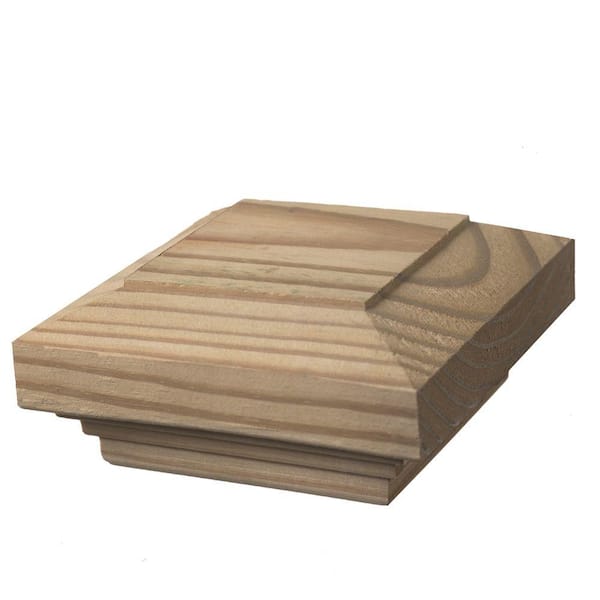 Decorate and protect plain wood fence and deck posts by topping them with these treated wood post caps. The plateau-shaped posts caps fit standard 6 in. posts. They're packaged in an economical six-pack and easy to install. The MCA-treated wood has a natural look and is less corrosive to fasteners. The post caps can be painted, stained or left to weather naturally.

Add a stylish accent to wood posts or polesAdd a stylish accent to wood posts or poles with these square wooden finials. The screws are already in place, so you can quickly install them on fence or deck railing posts. Paint or stain them to match posts, or leave them to weather naturally. An easy way to upgrade your plain wood posts. Package contains six finials.View Full Product Description