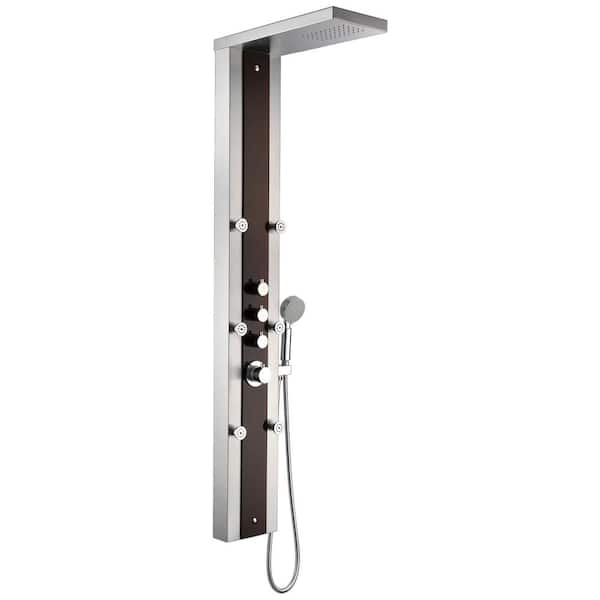 We are very sorry to hear that you are not happy with our product. We offer a 100% satisfaction guarantee on all our products. Please contact us to help resolve any ongoing issues immediately.


Thank you for your patience and understanding,

Thank you for your feedback. We are glad to hear you are happy with your Kiki 59in Jetted Full Body Shower Panel. We strive to produce the highest quality product for our customers. If you need to reach out to us please feel free to call us at 866-588-8008. We are available 8:30am – 6:00pm EST Monday thru Friday or email info@anzzi.com.

We appreciate your business and look forward to hearing from you soon.

The ANZZI full body Lynx shower panel featuresThe ANZZI full body Lynx shower panel features a modern laser cut Tempered Glass body with 3 AcuStream body jets provide a relaxing yet powerful water stream to massage the body. The Heavy Rain shower head hangs overhead releasing a steady torrent of soothing water from above. And finally, always positioned at the column's flank is the EuroGrip hand held sprayer with free reign reach of up to 60 in. And everything is controlled through 4-chrome thermostatic and diverter controls.See Full Product Description