Granada 48 in. Under Cabinet Convertible Range Hood with Light in Stainless Steel 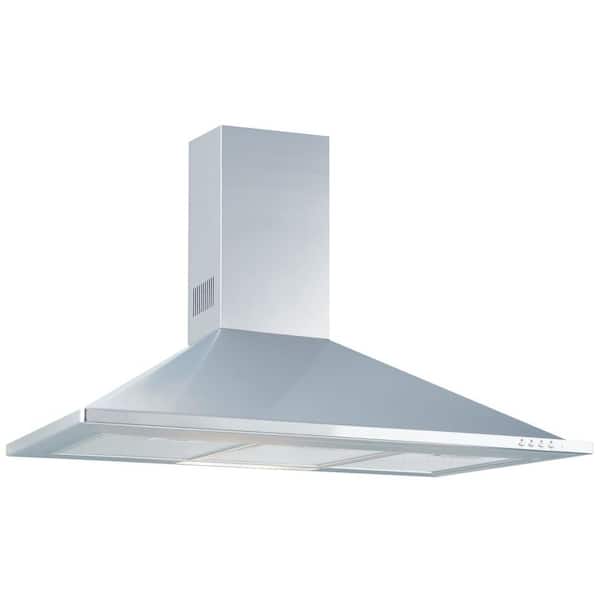 The Granada Series Wall Mounted Range Hood features a powerful 3 speed motor that provides up to 600 CFM of ventilation. The stylish electronic control panel is located at the front of the hood for ease of use. Function and style come together in a perfect combination. Cleaning is easy, with the modular aluminum grease filters.

1
Filter by:
Showing 1-5 of 5 reviews
Dec 17, 2015
Pretty... but loud
So the price is right, and it looks quite nice, but it is so freaking loud! On the lowest setting it sounds like a jet is flying 10' above your head. I couldn't hear the person standing 5' from me. The highest setting was just ridiculous! The insides make a lot of metallic rattling noises as well. I'm returning mine.
by GVS
1 person found this helpful
Jul 21, 2015
It's awesome
Great was very impressed with how strong it is highly recommended
by
May 2, 2015
A Challenge
This unit has the worst instructions ever. Essentially, it just said to mount it, wire it, turn it on. If you have less than two feet of chimney stack clearance, you won't be able to make it work unless you are an expert at cutting thick stainless steel. This is not a job for the average do-it-yourselfer. Quality was an issue, although it still worked. The fan unit was carelessly mounted and crooked. I am still trying to install it, so I haven't seen it work yet. It looks like it will be powerful enough, but I think noise will be an issue as there is no sound deadener. Also, I bought another brand that was cheaper (a LOT cheaper) to compare. This one was WAY more expense, about twice the price, with the same exact quality. The reason I chose this was because it had halogen lights and a grease filter, whereas the cheaper one had baffles (nothing to stop the grease from collecting in the fan), and LED lights. Don't expect to install it in less than several days, as venting to the outside (through the roof or side all) is a job for the professionals.
by James
2 people found this helpful
Apr 14, 2015
Air King 48" hood
Great product with powerful fan and lights. This product is easy to install
by DTG2JLC
Apr 8, 2015
Kitchen hood
A most excellent product that I would recommend as a high quality hood
by DTGINJLC
1 person found this helpful
Showing 1-5 of 5 reviews

This KitchenAid 36 in. ventilation hood hasThis KitchenAid 36 in. ventilation hood has an easy-to-use, 3-speed fan control that helps keep your kitchen fresh even when you're preparing your most aromatic ingredients. 2 LED lights increase visibility over the cooktop surface. Plus, a perimeter ventilation system promotes efficiency by pulling air from the edges of the hood and allows it to handle up to a 65000 total output with a 400 CFM motor. The perimeter design also allows the hood to operate quietly, even at higher speeds.See Full Product Description