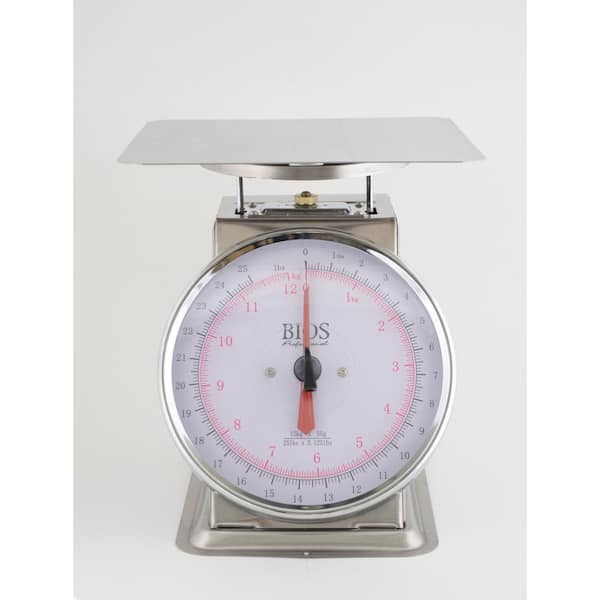 Accuracy and reliability is guaranteed with the BIOS Professional 25 lbs. / 12 kg Mechanical scale. This scale has a brushed stainless steel body and stainless steel platform. Just another great item added to our full foodservice product offering.

Use the Sportsman Series 44 lb. StainlessUse the Sportsman Series 44 lb. Stainless Steel Dial Scale to ensure you measure the same amount every time for baking, canning, food preparation and freezing. This Dial Scale is great for hunters, butchers, homemakers, and bakers who need to weigh out the correct portions of food. It has an easy to read dial, 10 in. removable stainless steel bowl, and a maximum capacity of 44 lbs. The stainless steel finish is easy to clean, and looks great on the kitchen counter.View Full Product Description

Weighing your meat during processing is vitalWeighing your meat during processing is vital to making the best tasting jerky, sausage, and other prepared meats. With the large stainless steel platform, the Weston Digital Scale gives you precision weights all the way up to 330 lbs. in 1/10 lb. increments! That's a LOT of meat. Great for packaging meats into the pound sizes that work best for your family. This scale can be used for garden fresh fruit and vegetable canning, fish, and weighing out ingredients for large baking projects. The backlit LCD display is easy to read, and can be mounted on the wall for convenience. The scale is powered by a 120-Volt AC adapter or 9-Volt battery, which is included.View Full Product Description