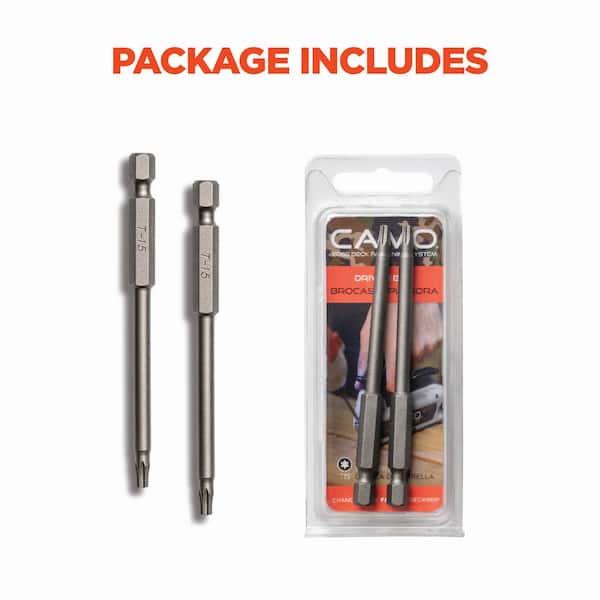 The MARKSMAN accessory bits offer maximum strength when installing your deck boards. Each driver bit is designed to fit snugly within the head of the CAMO Edge deck screws while the shoulder on each bit prevents the fastener from being overdriven. Most boards do not require pre-drilling. Check our installation guide for pre-drilling recommendations. The CAMO MARKSMAN system hides your deck screws on the edge of the board. By shifting the fastener location from the deck top to the edge of the deck board, you are left with a fastener free deck surface that is less prone to splitting and cracking. Edge fasteners are hidden deck screws