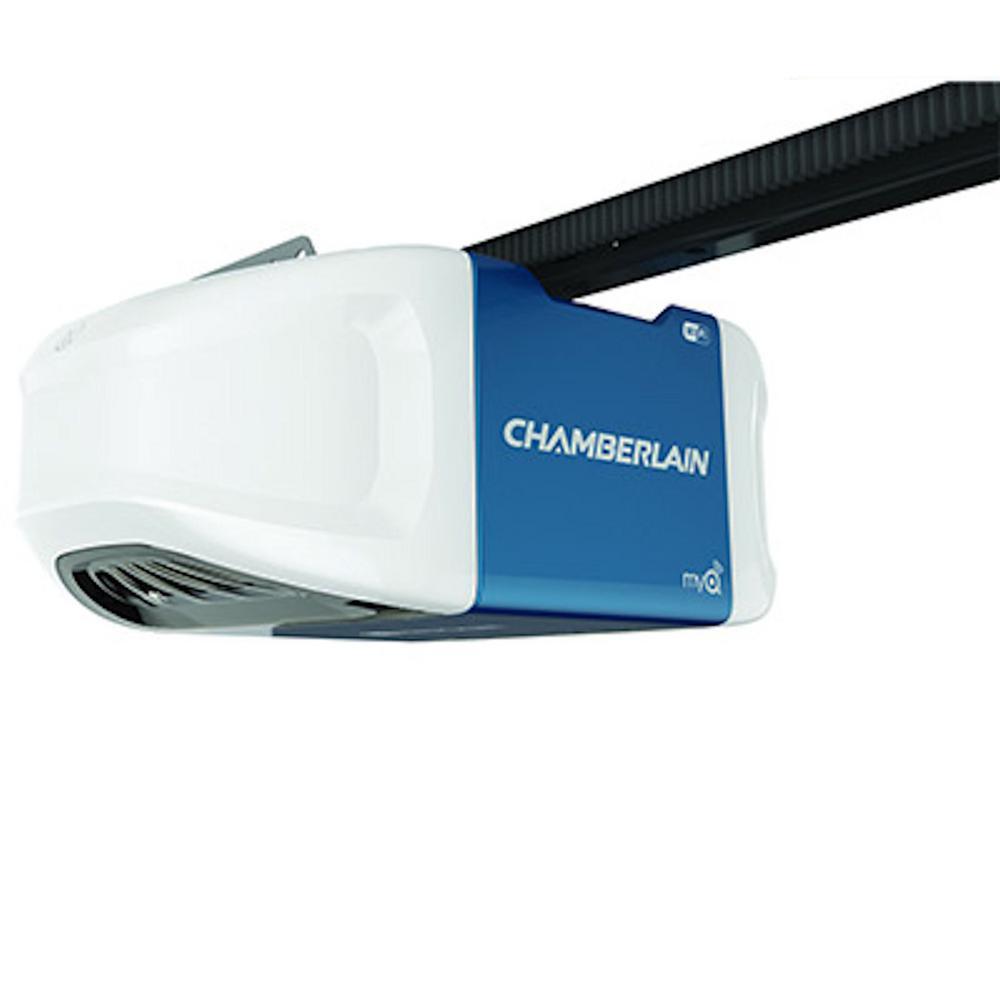 This MyQ Smartphone-Controlled garage door opener with built-in Wi-Fi gives you complete peace of mind by allowing you to monitor and control your garage door from anywhere. With Wi-Fi built-in, this opener connects directly to your home's Wi-Fi network to provide Smartphone Control. No additional hardware is required. The powerful motor is perfect for very frequent use and the durable, ultra-quiet Whisper Drive is ideal when the garage is located near a bedroom or living area. You'll also enjoy the added convenience of a wall control plus light switch that detects motion.