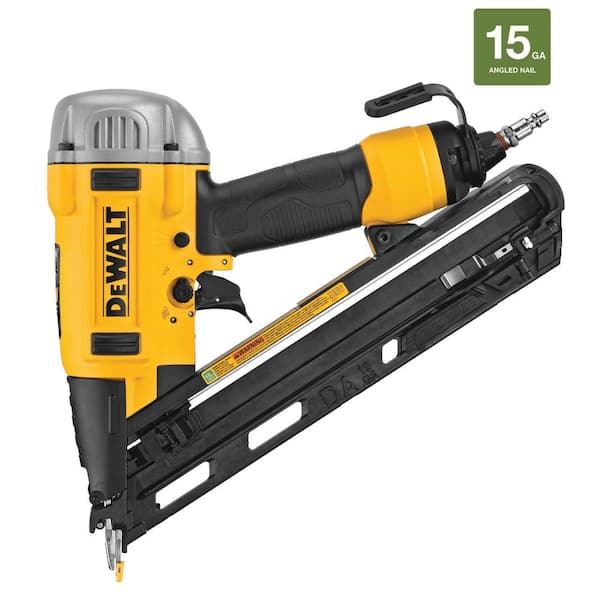 27
Filter by:
Showing 1-10 of 233 reviews
Sep 4, 2020
Overall a good nailer
[This review was collected as part of a promotion.] I am a fan of Dewalt fasteners. I got this 15g about 2 months ago and I have enjoyed using it. This is my 3rd DeWalt trim nailer (I have the 23g, 18g, and now the 15g). This nailer is very light weight and seems to have been made with great quality. The depth adjustment setting is awesome and working out a jam is a breeze with their tooless design. On thing I am not a fan of is the precision tip. I love it for my 18g nailer but not for this one. It just dents woods way to easy. I have to be careful about the pressure I put on something so it doesn’t dent it. Other than that, I would definitely recommend.
by

The DEWALT DCN650 15-Gauge Angled FinishThe DEWALT DCN650 15-Gauge Angled Finish Nailer drives 15-Gauge angled finish nails from 1-1/4 in. to 2-1/2 in. which makes it ideal for fastening crown molding, casing, baseboards and hardwood floor installation. With its brushless motor the DCN650 is ready to go to work without the hassle of using gas, compressor and hose. Tackle jobs both large and small with the features of a pneumatic tool and the freedom of cordless.View Full Product Description

The cordless DEWALT DCN660D1 is perfect forThe cordless DEWALT DCN660D1 is perfect for fastening trim, baseboards and molding. The cordless nailer is easy to handle and easily gets the same job done as a standard nailer without the hassle of a bulky compressor. The nailer drives 16-Gauge angled finish nails from 1-1/4 in. to 2-1/2 in. lengths and a tool-free jam release easily cleans nail jams so you can get back to work quicker.View Full Product Description

The Porter-Cable 16-Gauge 2-1/2 in. FinishThe Porter-Cable 16-Gauge 2-1/2 in. Finish Nailer offers durability and convenience in a compact design. It has a maintenance-free motor designed for long life and an internal piston catch for consistent power. The depth-of-drive is adjustable and jams can be easily freed without tools. This nailer has an adjustable exhaust port to help maintain a clean work surface and direct particulates away from the user.View Full Product Description