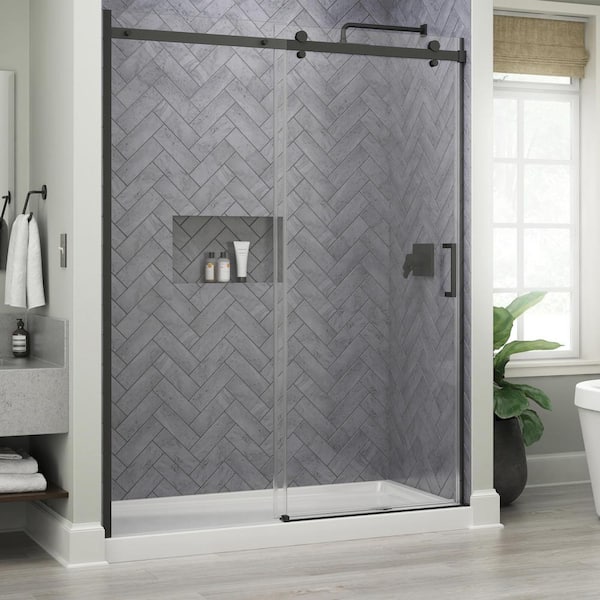 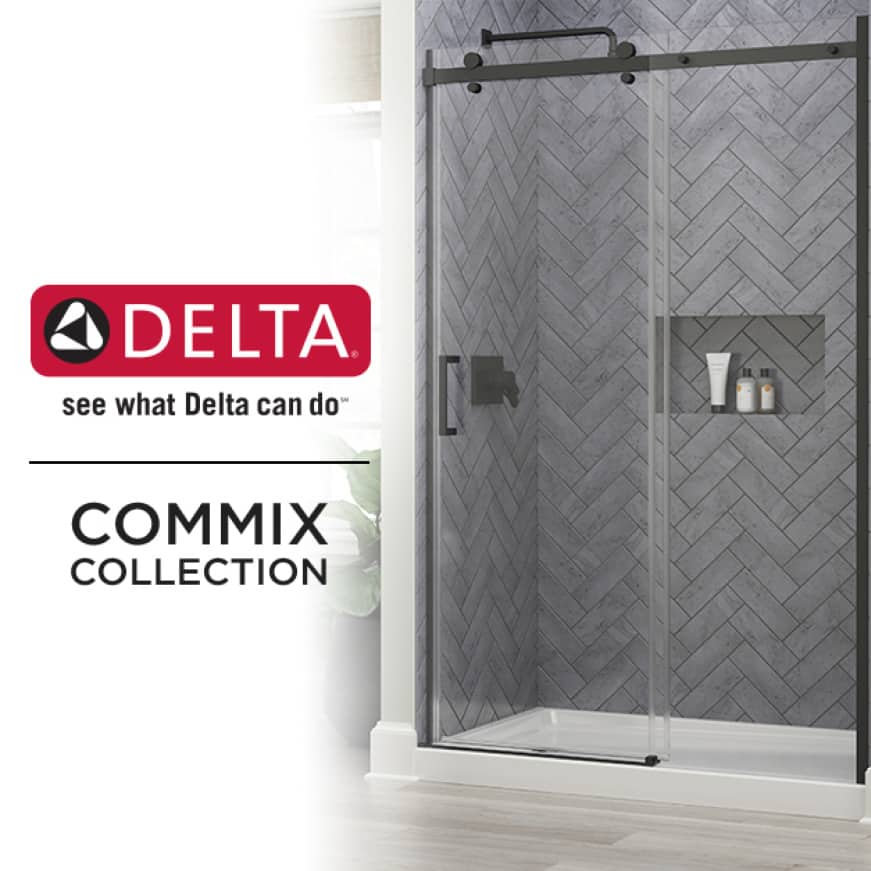 Give your bathroom a sleek makeover with Delta's Commix shower door collection. The frameless shower door and clear glass panels provide an open and contemporary feel. 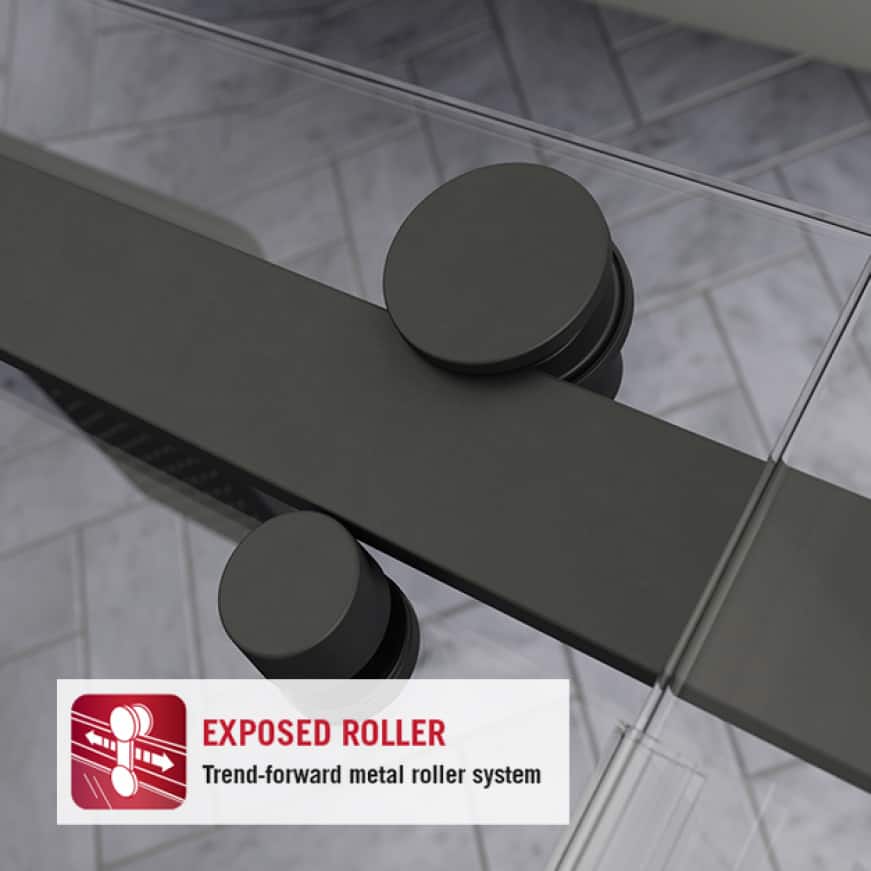 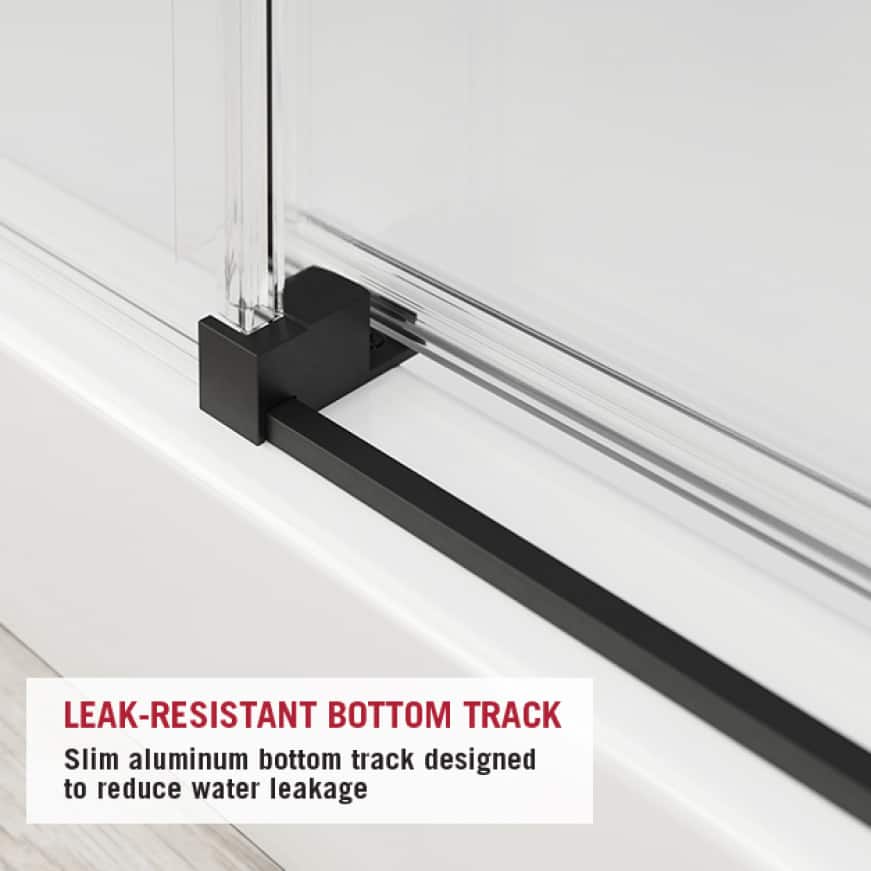 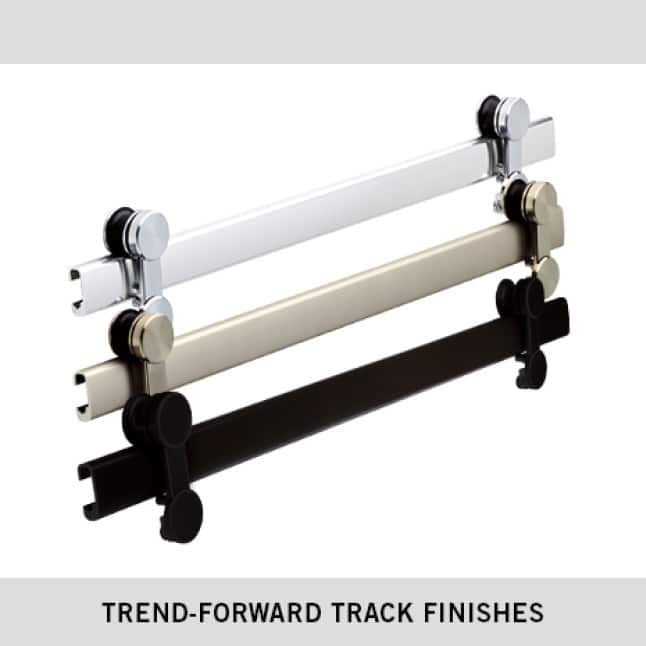 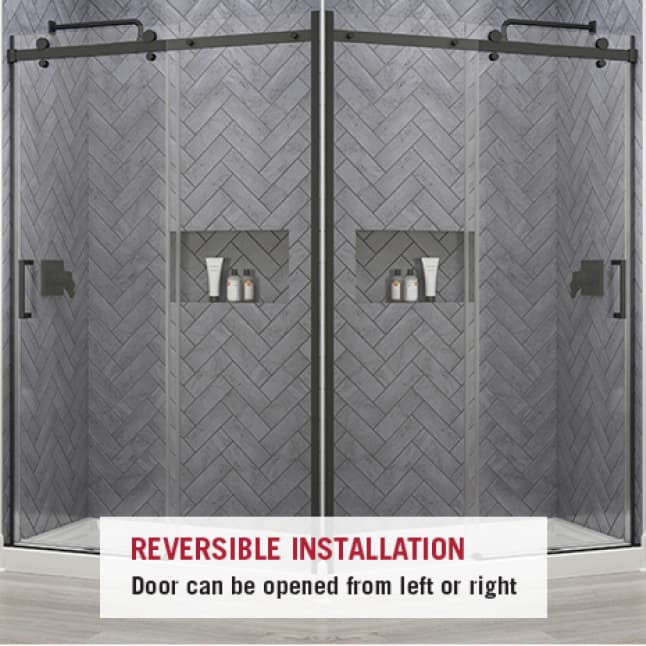 The Commix frameless sliding shower door can be installed to open from either the left or right side depending on your preference. 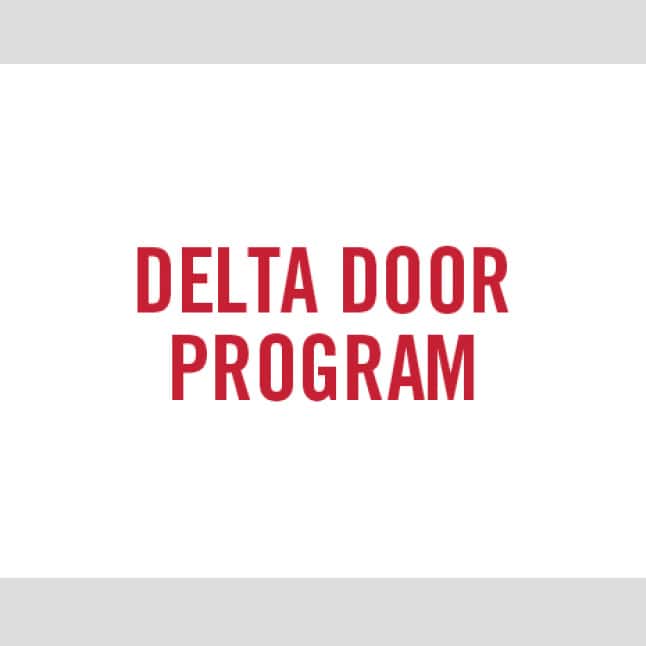 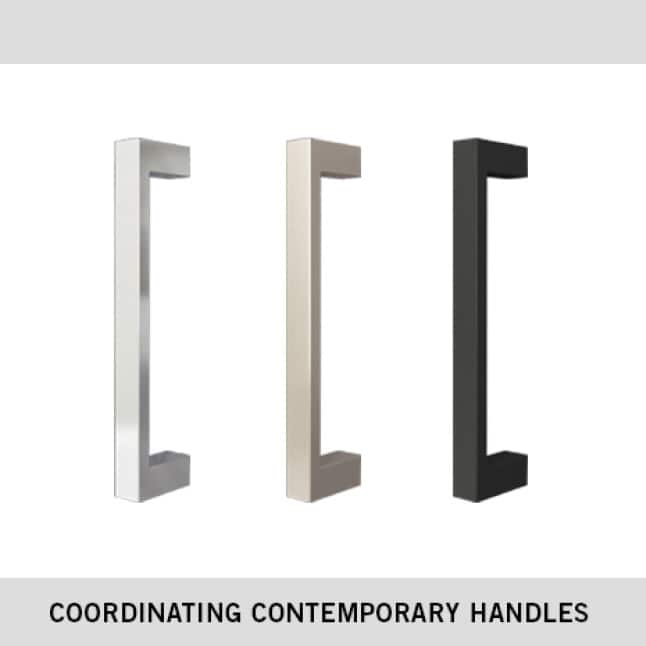 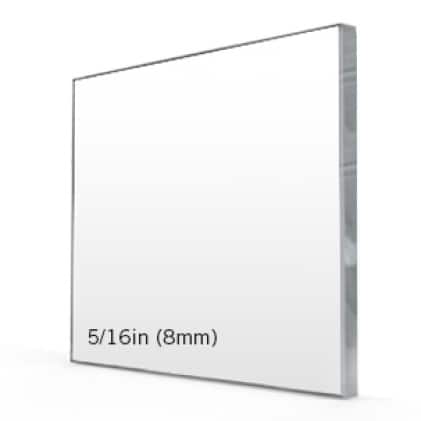 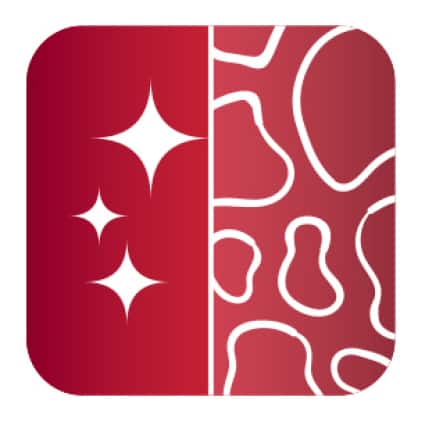 We coat our glass to reduce water stains, soap scum and limescale from building up to leave you with beautiful, clear glass. 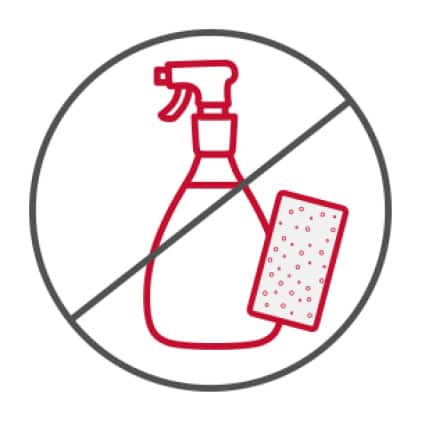 Simply wipe product clean with a damp cloth and squeegee glass after use to keep your glass looking new. 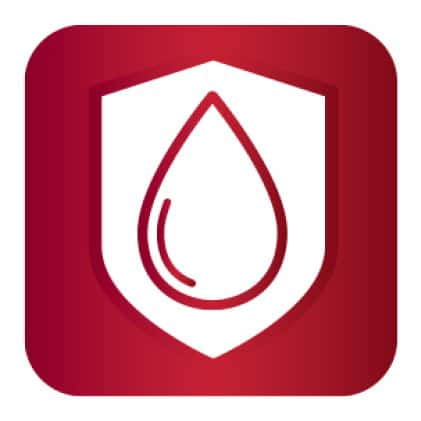 Installs in a few hours–perfect for a DIY weekend project! 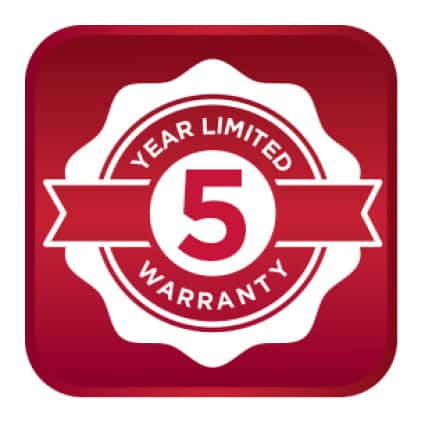 Shop confidently knowing our products are backed by a 5-year limited warranty.

Whether you're looking for a moderate DIY project or working on a bathroom remodel, upgrading your bathroom is easy with Delta's Commix shower door. This frameless shower door features premium 5/16 in. (8 mm) SpotGuard treated glass and an exposed roller to achieve an trendy, barn door aesthetic. Install your door with confidence knowing the Commix frameless shower door is backed by a 5-year limited warranty. Customer service is a priority at Delta so all Delta shower door top tracks, bottom tracks, side jams and seals are covered by Delta's DOOR (Don't Overreact, Order Replacements) Program.

Apr 22, 2020
This is the Delta COMMIX Exposed Roller Shower Door (60 inch, Brushed Nickel). I’ll start by sayi...
This is the Delta COMMIX Exposed Roller Shower Door (60 inch, Brushed Nickel). I’ll start by saying that this is really a beautiful shower door. It’s made of high-quality parts and once installed, operates smoothly. However, installing the door can be a challenge. If you have trouble assembling knock-down furniture, don’t even think about installing this door—it’s definitely an advanced project. And in my case, I had to do some improvising. My first problem is that I received some bad advice about the shower opening. I was told that the threshold would only be 4” from the floor, so I planned accordingly. I wound up with a 6” threshold and that eliminated my extra two inches of planned clearance at the top, so my opening was exactly 76 inches instead of 78 as planned. This made it really difficult to install the door. Be sure and read everything you can about the door beforehand because the Home Depot website and the manual give seemly conflicting information about the height requirement (see Photo 1—website info). You would think from the website info that a 76” opening would suffice. Also, the box the door comes in (see Photo 2) gives the same information. But if you dig into the manual, it clearly states on page 1 that the recommended clearance height is 78”. Believe this number! In hindsight, I would have made my ceiling drop smaller to insure I had several more inches of clearance. With a 76” opening, you cannot not lift the door with the rollers installed onto the track. I thought that was the end until I realized that I could prop the door up into place and install the rollers. Another issue I had involved drilling the holes. I have porcelain tile and that requires a diamond drill bit. The manual tells you to drill a 1/8” pilot hole, then drill a 7/32” hole for the anchors (used for all screws) as if you’re only drilling into drywall—they don’t really address drilling into other materials. The only diamond drills close in size I could locate were either 3/16” or 1/4”. I bought the 1/4”, drilled a test hole in a scrap of tile and tried the supplied anchors. They did not fit snugly as required. So I wound up using my own anchors that were made for 1/4” holes and cutting off the lip so they would sit flush with the wall (see Photo 3—the top one is the supplied anchor). Also note that, even though I have 2x4 backing for mounting the door, Delta told me to use the anchors anyway (I called them). Instinct tells me to use a longer screw and no anchor—if the screw hits the wood, what could be better? Well, I did it their way and the screws did hold firmly into the anchors. The next challenge was after the fixed panel jamb was installed (see Photo 4). The next step is to install a U-channel piece on the bottom of the fixed door. This assembly then gets pushed into the wall jamb after you put silicone in the jamb. The problem I noticed is, after you put the U-channel on, and line up one edge as instructed, there is only 1/2” of glass exposed for sliding into the jamb. The jamb is actually about 1 1/4” wide, so are you supposed to fill the jamb with silicone so it will touch the glass of the panel, or does the silicone just cover the screws? The manual says “Place a thick bead of silicone along the full length” of the wall jamb. It just didn’t feel right. I wound up placing quite a bit of silicone in the jamb and pushing the fixed panel in slightly more than the allowed 1/2”, which caused the U-channel to slide so it was no longer flush with the edge. I just cut off the excess and declared it good. Important: As you continue the installation, they tell you to prepare the sliding panel and put it into the shower area on cardboard. Be sure to do this because, once you install the track that it slides on, you cannot get the door inside the shower. The only real shortcoming of the design is installing the limit stop. Photo 5 shows the stop installed under the roller (ignore the unused hole below it—that’s for the anti-jump stop). The track actually blocks access to the hole from the back side of the glass. You’re supposed to hold part of the assembly from the backside and screw it in from the front (shower side). This seemed like an impossible task. The only way I could figure out to do this was to use double-sided tape on a thin ruler so I can slide the part into position as I tightened the screw. The manual simply says, “From inside the enclosure, install limit stop bracket assembly (K) to inside of sliding door panel (A) as shown in figure 61.” This instruction is of no help at all. In the end, after about 6 hours, my wife and I managed to get the door installed (see Photo 6). I admit, it came out beautifully, but do not underestimate that challenge of the installation process. Be prepared.
by
Response from DeltaSupportApr 27, 2020
Dear KnotNow,
Thank you for the detailed feedback. We appreciate all the points you have raised and it has been shared with our Engineering Team. We are happy to hear that you are satisfied with the final result! - Best, Delta Shower Doors Team

Whether you're looking for a moderate DIYWhether you're looking for a moderate DIY project or working on a bathroom remodel, upgrading your bathroom is easy with Delta's Ametrine shower door. This frameless shower door features premium 5/16 in. (8mm) SpotGuard treated glass and minimal metal to achieve an elegant, but understated aesthetic. Install your door with confidence knowing the Ametrine heavy hinge frameless shower door is backed by a 5-year limited warranty. Customer service is a priority at Delta so all Delta shower door top tracks, bottom tracks, side jams and seals are covered by Delta's DOOR (Don't Overreact, Order Replacements) Program.See Full Product Description

The VIGO Elan Adjustable Frameless SlidingThe VIGO Elan Adjustable Frameless Sliding Shower Door is everything you want and need to complete your bathroom remodel. Made with VIGO’s proprietary RollerDisk Technology, this door has built-in adjustability to ensure that it is a perfect fit in your shower. Flex-Sizing and SmartAdjust Technology ensure that your shower door will remain level despite inevitable shifts that occur as homes settle. This door features resilient tempered glass to prevent dangerous splinters and shards. With the option for right or left-side installation, the VIGO Elan is as versatile as it is sturdy. Stainless-steel hardware outfitted in a 7-layer plated, rust-free finish completes this one-of-a-kind design.See Full Product Description

The European estate-inspired Aston CoralineThe European estate-inspired Aston Coraline Frameless Sliding Shower Door Collection combines the practicality of space-saving design with custom quality craftsmanship. The collection features, thick, premium 3/8 in. (10 mm) ANSI Z97.1 clear tempered glass with professionally applied StarCast coating which provides water-repellant, hygienic and stain resistant benefits. The Coraline Door is available in a wide array of width options with multiple desirable hardware finish options, to match your bathroom's interior design and layout perfectly. The Coraline features a double-sided vertical shower door handle for getting in and out of your shower with ease, and provides up to 1 in. of out-of-plumb adjustability to provide a watertight fit in your alcove. Reinvent your bathroom's appearance with the luxurious Coraline collection.See Full Product Description