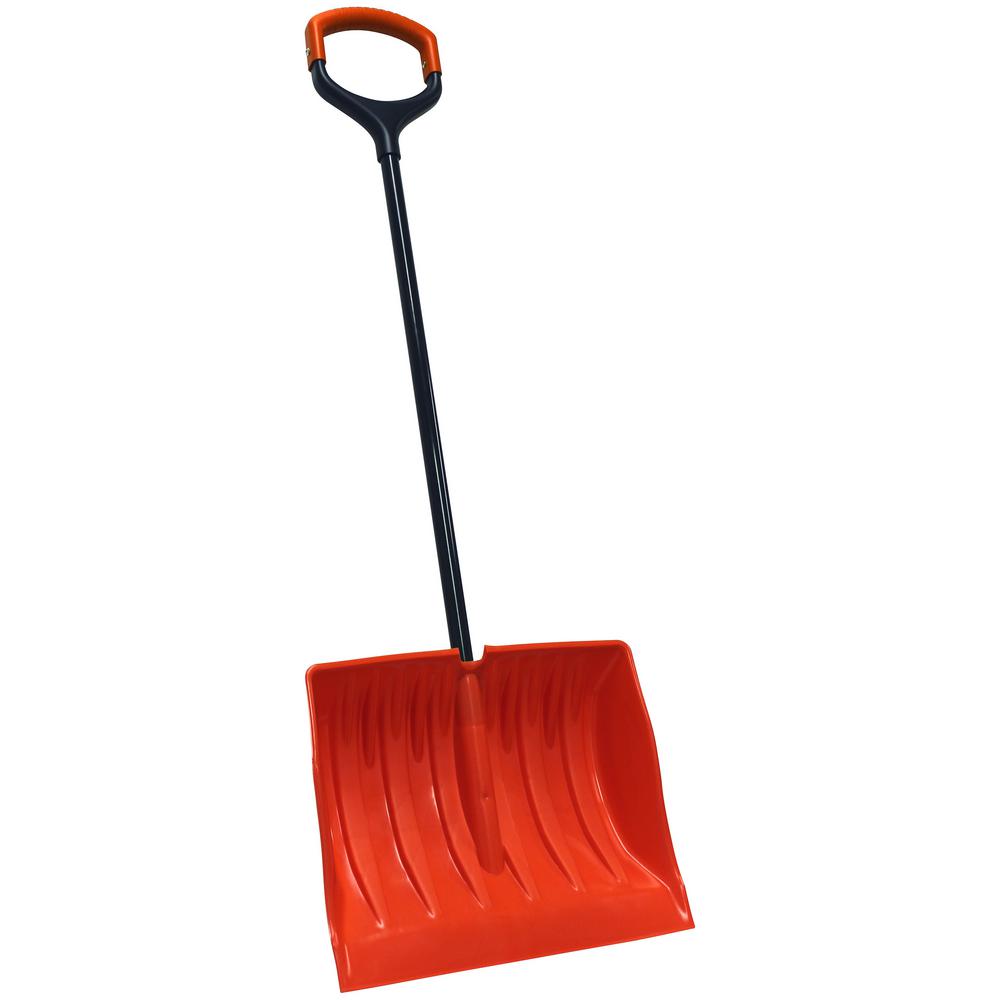 This Bigfoot combination snow shovel feature's Emsco's patented double wide Shock Shield d-grip. The Shock Shield d-grip reduces and absorbs the shock that is normally transferred to user's wrists, elbows, and shoulders by compressing up to 1/2 in. after coming into contact with a sharp object or edge hidden under the snow. The Shock Shield can reduce unexpected impacts by up to 50%, which allows the user to shovel more efficiently without fear of discomfort or injury. This d-grip is 9.5 in. in wide, which allows the user to push with both hands to provide increased leverage and efficiency. In addition to the Shock Shield, the blade on this Emsco combination shovel combines a standard snow shovel, snow scoop, and snow pusher design to create one super snow shovel. The blade has the ease of use of a standard shovel, the holding capacity of a scoop shovel, and the curve of a pusher shovel to clear flat surfaces. Work safer and smarter with the Bigfoot Shock Shield Combination Shovel from Emsco.

Nice shape, but needs better bolts.
March 18, 2017
Quality :
2
Value :
4
Seeds Program Review
(What's this)
Assembly comprises screwing the metal handle into the plastic shovel. Two screws are supplied for this but you need a powered driver to get them in as there are no holes prepared in the handle. I laid it on a flat surface so that the handle was correctly aligned with the blade of the shovell. This shovel has a nicely shaped business end and the human end has a neat shock absorber in the handle. This is great for when pushing snow along and it snags on a rock, nail, or something solid. The edge of the blade is nice for getting under ice on decking, and being plastic it is not going to rip holes in the deck. During the first use (after the Northeast blizzard of March 2017!) the handle started feeling loose. The two screws are starting to come loose. I am going to have to use bigger bolts and screw the handle though both sides of the shovel to hold this in place. Once that is rebolted I think this will be a solid performer. A small modification to allow actual bolts, and prepared holes in the handle would have earned it 5 stars.
Pros: Easy to Install, Good Shape, Strong, Vibrant Color
Cons: screws come loose
Was this helpful?
1
0
rjoyce534
massachusetts 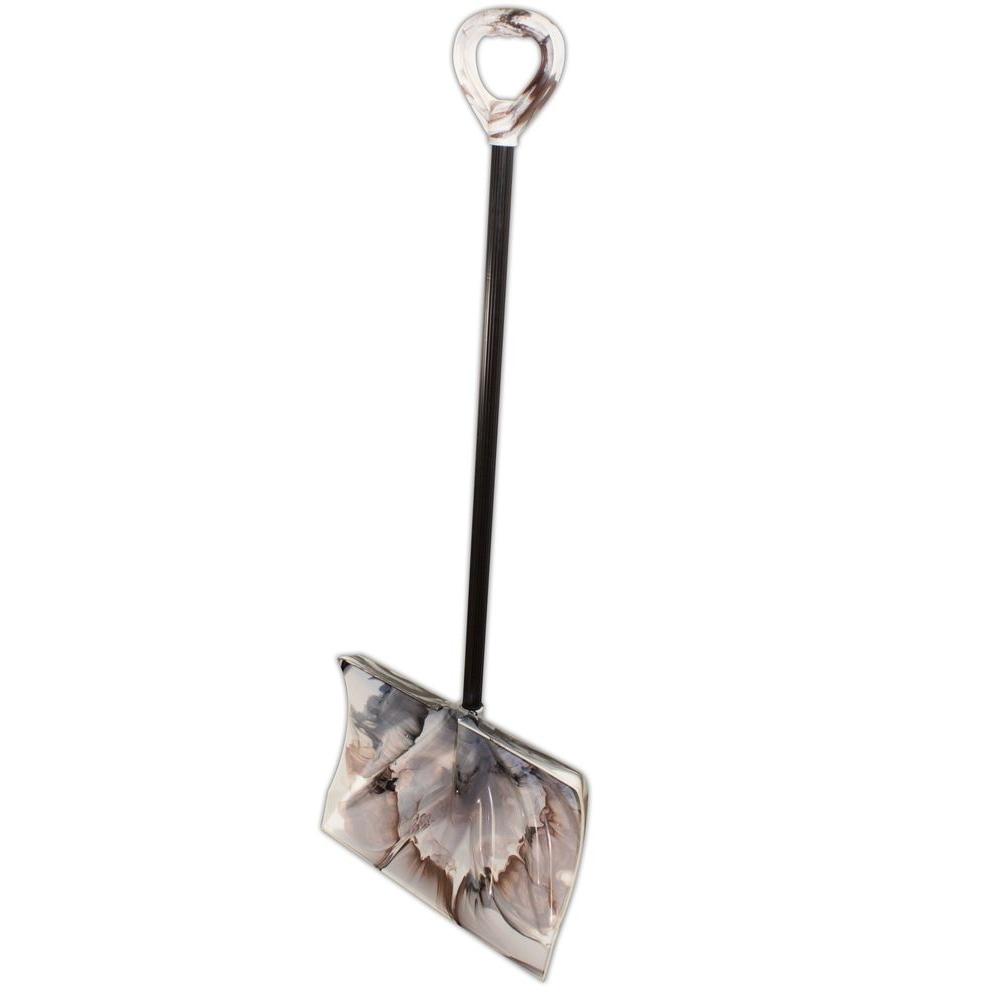 The Bigfoot Combination Snow Shovel in ArcticThe Bigfoot Combination Snow Shovel in Arctic Camouflague is manufactured by using a patented process that utilizes multiple colors to create an arctic camoflague color pattern. This shovel is truly unique and seemlessly blends into winter landscapes. It's a great conversation piece to have around your house or camp. In addition to an arctic camouflage design, the blade on this Emsco combination shovel combines a standard snow shovel, snow scoop and snow pusher hybrid design to create one super snow shovel. The blade has the ease of use of a standard shovel, the holding capacity of a scoop shovel and the curve of a pusher shovel to clear flat surfaces.Product Details 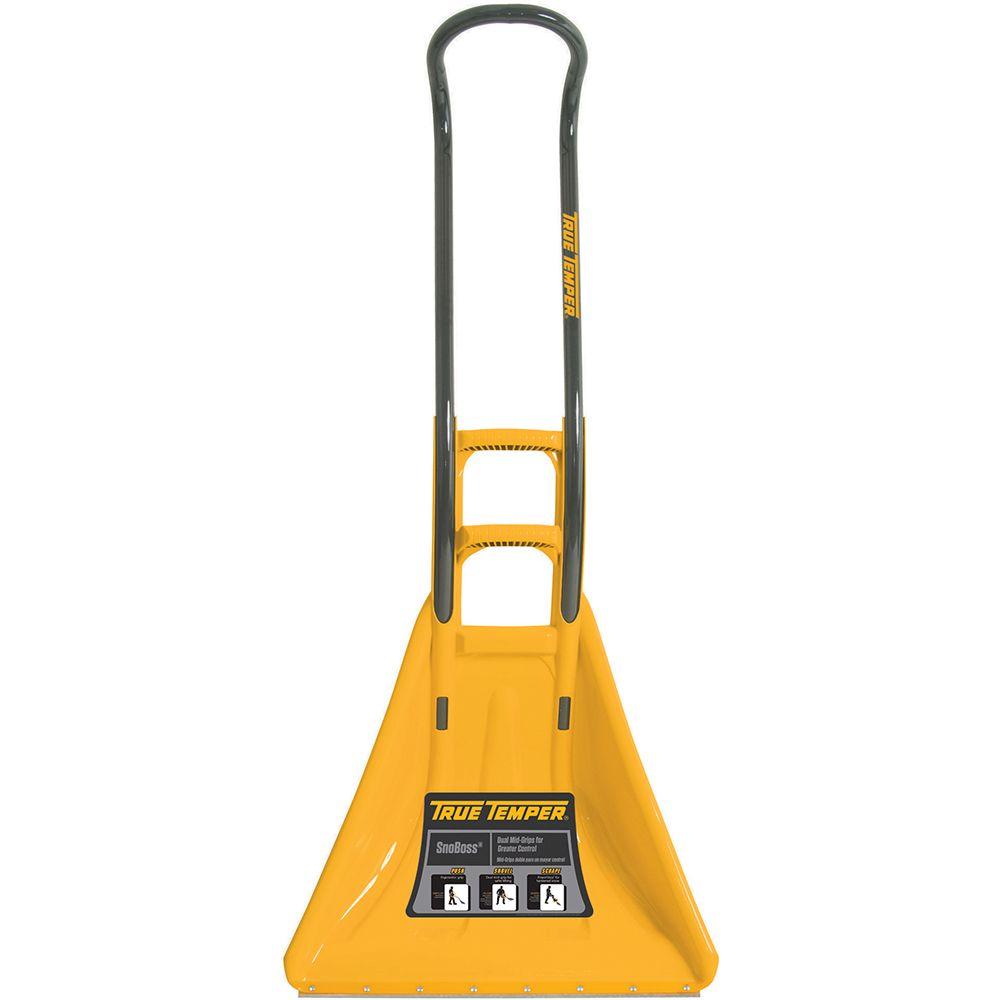 Built to last through even the most extremeBuilt to last through even the most extreme conditions, the True Temper SnoBoss 26 in. high-capacity blade with steel wear strip allows for the removal of more snow in less time. The poly blade is designed to hold more loads of snow than average shovel capacities. The blade shape features a flat front end for pushing snow and slush while the deep back end is shaped to scoop snow. By flipping the blade over you can also scrape off areas like steps and porches. The handle is ergonomically designed with multiple areas for hand placement. Get more leverage using the foot placement area as you shovel.Product Details 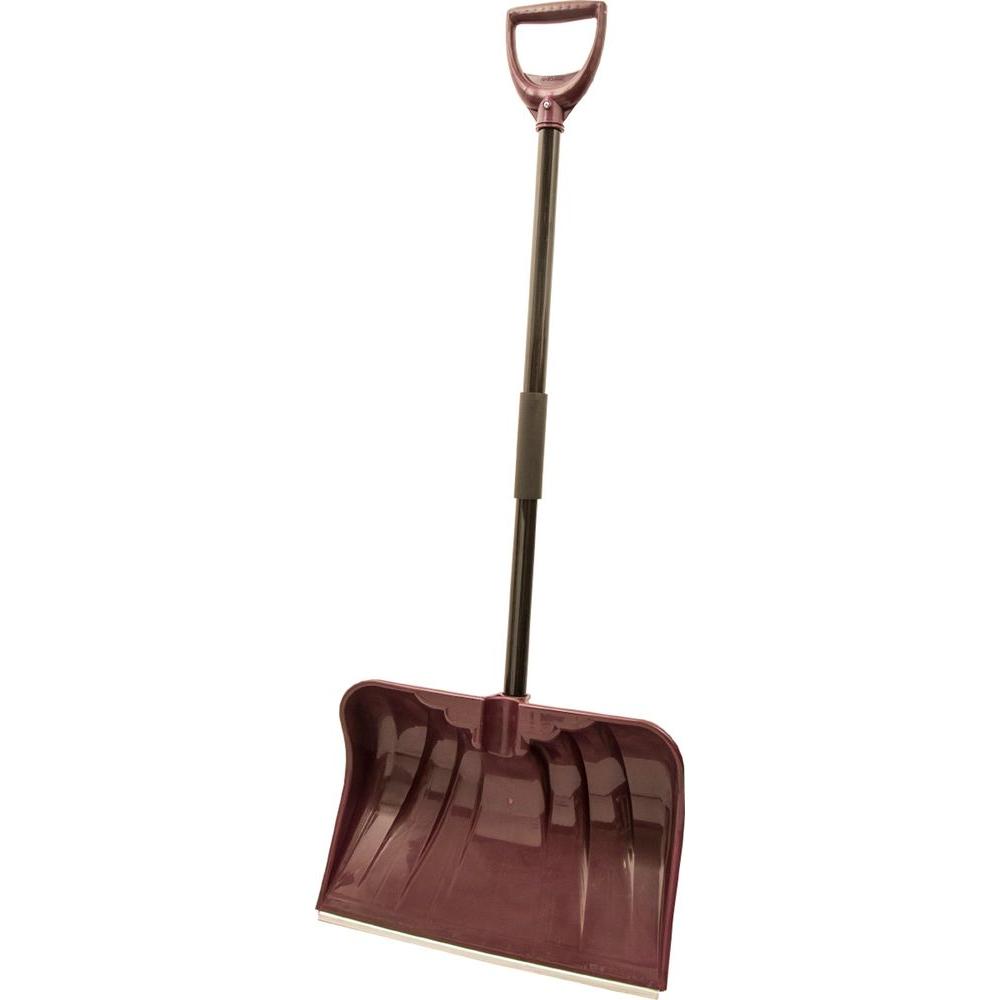 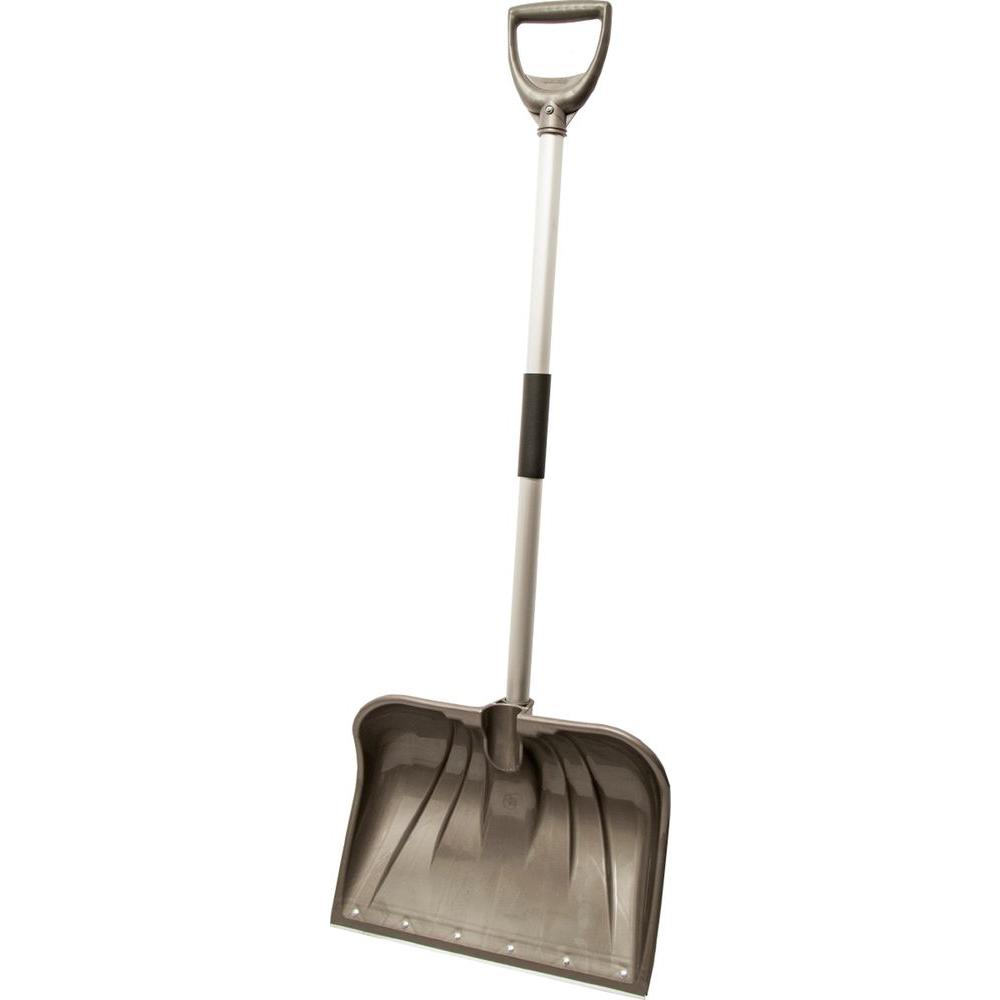