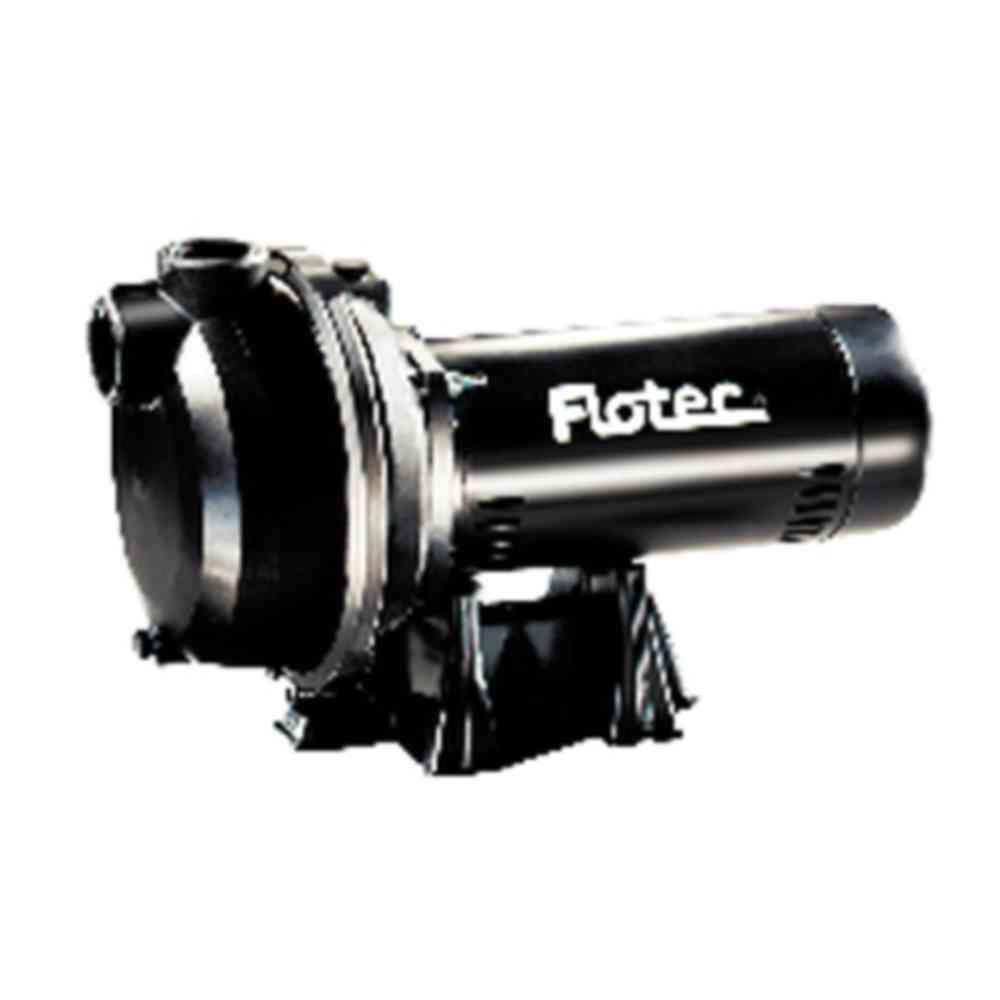 The Flotec 2 HP High-Capacity Sprinkler Pump has a durable, fiberglass-reinforced thermoplastic housing and can handle up to 30 sprinkler heads. This pump has a dual-voltage motor for high output and can lift water from a depth of up to 20 ft. The pump is corrosion resistant and self primes after the housing is initially filled with water.

The Flotec 2 HP High-Capacity Sprinkler Pump has a durable, fiberglass-reinforced thermoplastic housing and can handle up to 30 sprinkler heads. This pump has a dual-voltage motor for high output and can lift water from a depth of up to 20 ft. The pump is corrosion resistant and self primes after the housing is initially filled with water.

When will this product be available?

Is this item available for ship to store (Sunrise, FL)

Hi Steve, per our vendor, this sprinkler pump does not have an estimated arrival for Homedepot.com at this point. However, if you would like to be notified with updates on the status of this item, you can enter your email address into the field provided on the product's page. We appreciate your business and look forward to serving you in the future. Thank you for shopping Home Depot!

Is this pump able to be out in the elements if drawing water from a lake?

I have mine rigged like that, it's the best water to use for watering a lawn. I built a small dog house and mounted the pump in there with holes for the wiring and hoses. The roof is hinged for easy access.

How do you prime the pump?

To make it easy on me, when I plumbed mine, I put a "T" at the pump discharge outlet port oriented so that there was a discharge port straight up and a port to the side. (So the T is on end) The port to the side was plumbed to my system (sprinklers) the port facing straight up I capped with a 1.5 inch PVC ball valve facing the sky. When I fire up for the first time each season, I open the ball valve and have a bucket of water ready. I start the pump and pour water straight into the pump housing thru the valve/T. You will hear the tone change when the pump begins to prime and be ready to shut the ball valve to stop from having a fountain. Once you shut the valve the water directs thru the side port in the "T" and heads down line to wherever.....pump is now primed.

What is impeller material?

Can this pump be used with pressure switch and tank?

how do i diaasemble it..took the 4 bolts out but still can't get it to come apart

Every thing I expected!
September 16, 2014
Ease of installation :
5
Quality :
5
Value :
5
From the box to the finished installation, a piece of cake. To date the pump has operated problem free. Can't be more happy with this product!
Pros: Reliable, Easy to Install, Good Instructions, No Leaks
Was this helpful?
1
0
William
Chino Hills, CA

Expectation Not Met. A Huge Hassle
September 2, 2014
Ease of installation :
3
Quality :
2
Value :
1
I installed this Flotech 2 HP unit using PVC, meaning no pipe unions were used. After a couple of months of great performance, a leak occurred where the large fiberglass water reservoir/impeller cover attaches to the motor with an O-ring and held together with a metal compression band. It was a hassle since I had to cut up the PVC connectors to send it back to the manufacturer. I received it back repaired and reinstalled it with new PVC connectors (hassle). The company also sent me a "rebuild kit" for future use if necessary. Well, three weeks later, it leaked again at the same O-ring junction. I disassembled it and placed the 2 O-rings in the "rebuild kit". It still leaked. I returned it to Home Depot and received a full refund which I applied to a Wayne 2 HP unit. The water reservoir/impeller cover is made of cast iron and attaches to the motor with "bolts. Water pumping output is similar to the Flotec, however with it's cast iron construction as opposed to Flotec's fiberglass design, no leaks have been observed. So to save yourself some possible hassle, go with the WAYNE unit.
Pros: Good Instructions
Cons: Leaks, weak construction
Was this helpful?
1
0
Nubb

Excellent pump.
July 22, 2014
Ease of installation :
5
Quality :
5
Value :
5
This is my second Pump in the last 20 years. Recommend it.
Was this helpful?
3
0
Franco
Horseshoe Bend, AR, USA
Powerful and reasonable cost
May 27, 2014
Quality :
5
Value :
5
I have lived on a Lake for about 8 years. I realized that the Motor that was pumping water from the Lake to my lawn was a FLOTEC. I have two pumps and the main pump is a two HP Flotec.The other was a1 HP other brand. I replaced both and what a pleasure to see all the sprinklers work as they were intended to. Thank you for the great price,free delivery and fast shipment
Pros: Durable, Easy to Install, Great Quality
Was this helpful?
2
0
Miguelation
Boca Raton, Florida

Miguelation
May 7, 2014
Quality :
5
Value :
2
Pump quality is good, however, the GPM performance is about 80% of A.O. smith or F & W pumps, so if your sprinkler system is already max out, expect a 20 PSI pressure drop!.
Cons: low performance
Was this helpful?
2
0
dean
Fort Myers, FL, USA
PERFECT FIT
May 6, 2014
Quality :
5
Value :
5
I had an irrigation system that was older than twenty years and I relied on it heavily for all the planting I have done in the last ten years. When the pump motor died suddenly I searched franticly only to find out that this motor isn't available any more. so I went online and discovered a pump assembly that looked exactly like mine. I went to the store with tape measure in hand and found it was an exact fit right down to the pipe sizes. I took it home and the next day my trees and flowers were smiling again. By the way, I saved $150.00 and a weeks time over replacing the motor.
Pros: Easy to Install, Strong, Stylish
Was this helpful?
6
0
HomeDepotCustomer
Atlanta, GA, USA

Flotec 2hp Pump a Solid Replacement but Not Quite Top of the Line
May 6, 2014
Quality :
4
Value :
4
Solid pump but weighs about 50 pounds less than the one i replaced. The original replacement was 1000 dollars so the question is how does a 300 dollar pump last versus a 1000 dollar pump.
Pros: Easy to Install, Functionality
Cons: seems lightweight compared to item i replaced
Was this helpful?
1
0
Will

This pump pumps high volumn H2O & runs quiet
April 23, 2014
Quality :
5
Value :
5
It is the best lake sprinkler pump I have bought and I have bought a lot of lake pumps.
Pros: Durable, Great Quality
Was this helpful?
0
0
Review this Product
Share your thoughts with other customers 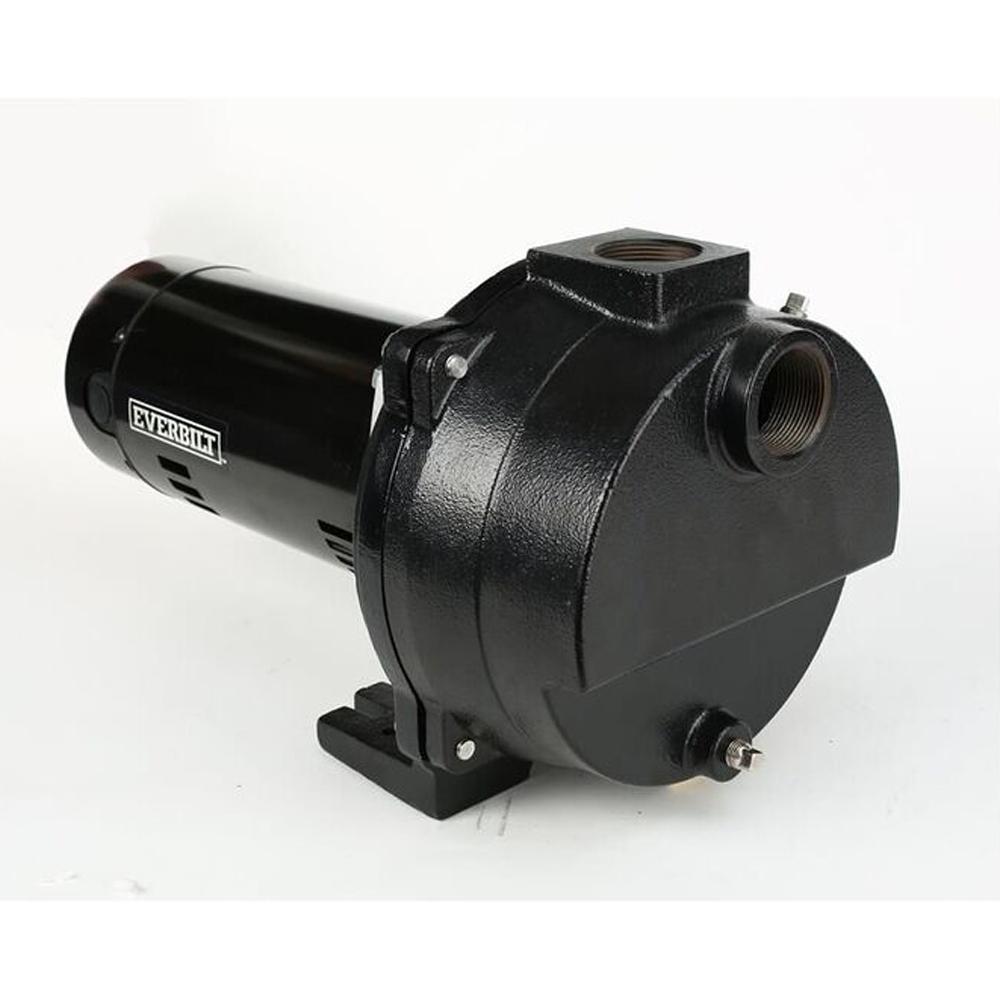 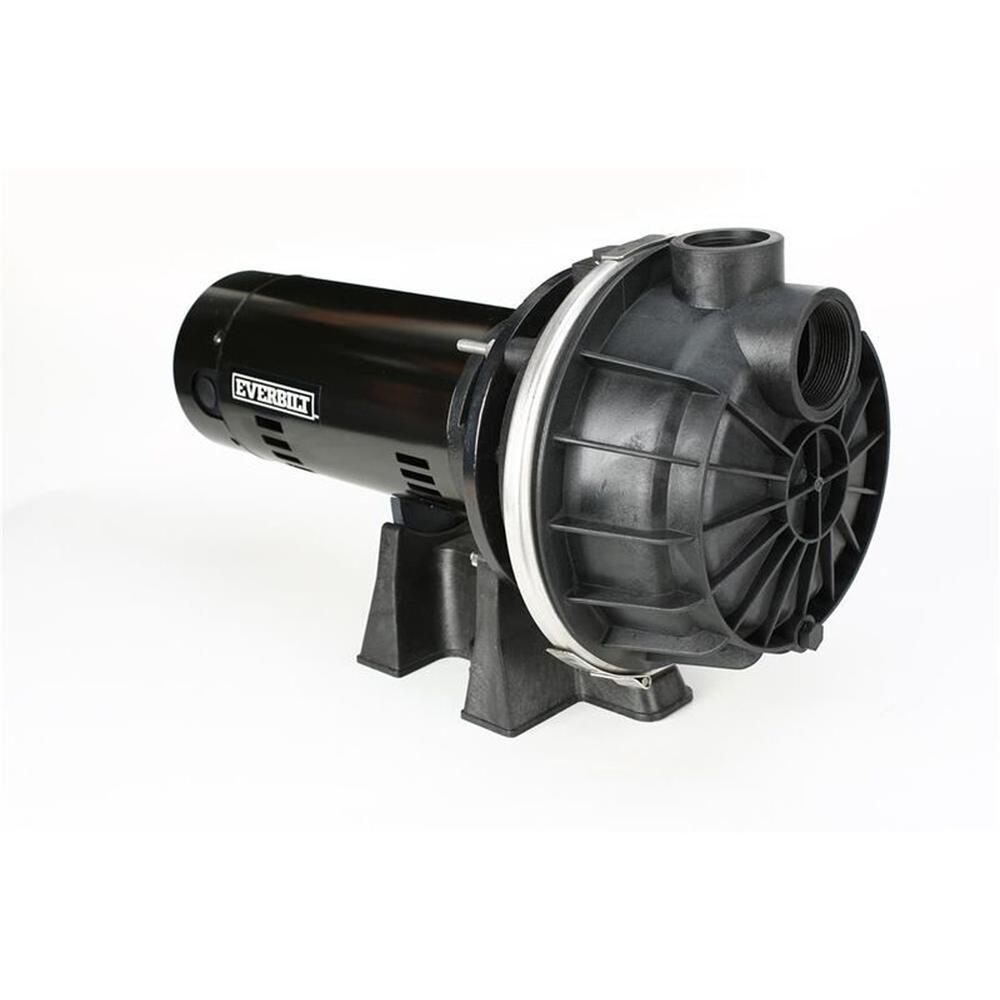