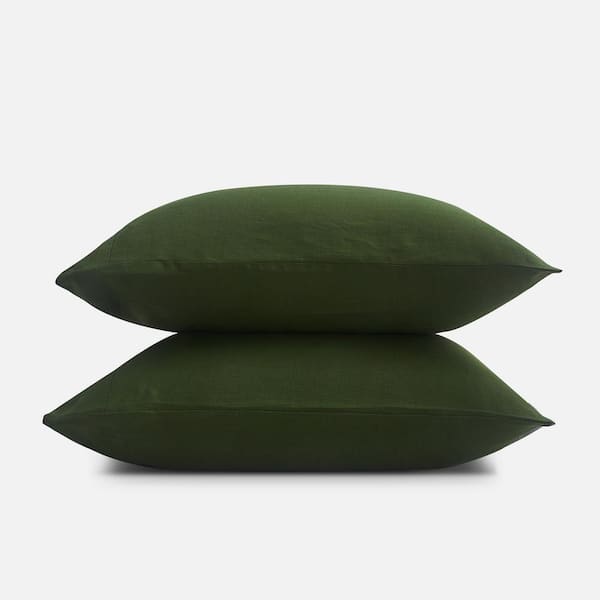 0
Filter by:
Showing 1-10 of 31 reviews
Oct 23, 2021
You won’t regret this purchase
By far one of the best things I’ve done for myself all year. These pillowcases ARE THE BEST!!
by

Customer review from Sijo
Sep 25, 2021
Beautiful
Was so happy to pick up the matching color to my duvet cover. High quality and a gorgeous taupe!
by

Customer review from Sijo
Sep 20, 2021
There is nothing like it, ever.....
Simply the most luxurious. the feel, the touch, the color. They will please your every sense.
by

Customer review from Sijo
Sep 3, 2021
Perfectly magic!
I have really been enjoying my new sheets. First of all, I was pleased at the generous fit of the fitted sheet, which easily fit my address. As for the sheets themselves, they're so comfortable. The first few nights were warm, but I was quite comfortable and didn't become overheated. Since then, the temperature has cooled considerably, yet even with my window open, the sheets somehow adapt, and I feel perfectly warm - it really feels like magic that they can be so perfect for both warm and cool weather! Anyway, I'm so happy I followed my brother's suggestion to look into purchasing linen sheets. I look forward to using them for a long time to come!
by

Customer review from Sijo
Aug 11, 2021
Lovely smooth and soft linen!
I’m new to linen and have been experimenting with various brands to see what I like. Sijo is at the top of my list! My dove grey pillowcases are soft and nice, right out of the bag. I’d love some more colors, hopefully to be offered in the future!
by

Customer review from Sijo
Jul 16, 2021
Not great: halfway to premium construction; scratchy, linty fabric
I’ve been using linen sheets for many years. Thanks to upgrading bed sizes, guest beds, and a husband and pets who are tough on bedding, I’ve tried quite a few. These are tied for my least favorite, so much so that I avoid them every time I change the bedding and finally conceded I need to buy something else. Pros: Slate color is nice. Was thrilled to find the fitted sheet corners finished with French seams. Cons: Fitted sheets have French seams, but pillowcases are surged—much less durable. The tags on the pillowcases are enormous and sewn on in such a way that the interior flap will not lay flat. That side of the pillow will always look wonky. SO SCRATCHY. Not soft and delightful like stonewashed linen, but also not that glorious mysterious combination of nubby and silky that really fine linens are. Just lots of tiny little jagged fibers poking out at you everywhere. I flared up a nerve issue and needed to sleep on my stomach. The pillowcase was like sandpaper on my face. Eventually I had to get up in the middle of the night (in great pain) and change my pillowcase. SO LINTY. These things shed so much lint that it balls up and sticks to itself on the sheets, looking gross, or to you, feeling gross. After a few gentle washes I still have to clean the lint trap multiple times in the very short time they take to almost dry. If I kept letting them fluff on no heat I’m sure the lint would keep coming indefinitely. Maybe I got a bad batch. I doubt it. I think a lot of positive reviews for linen sheets are first time linen users who are just enthusiastic about the change/have no other linen to compare it to, and/or people who sleep with lots of clothes on and don’t really feel much of the sheet. These are pretty bad.
by

Customer review from Sijo
Jun 26, 2021
My cotton sheets are jealous
I love these sheets so much I don't want to sleep on cotton any more. So soft and smooth. The top sheet is the perfect weight under the ceiling fan here in Florida.
by

Customer review from Sijo
May 28, 2021
Linen Luxury
Absolutely love the feel of the linen sheets and pillow cases. Sleeping through the night , it’s been a while since I had a good night sleep.
by