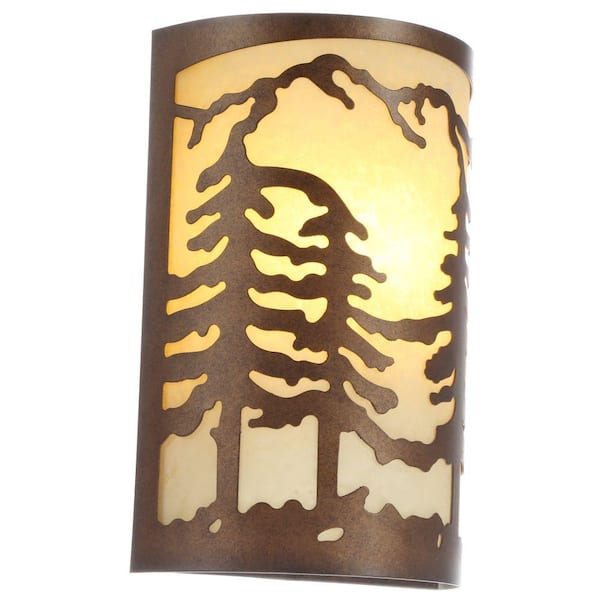 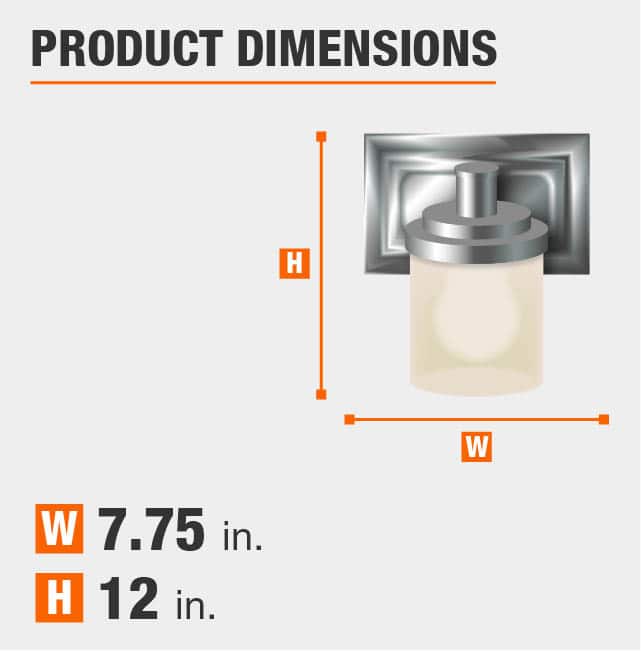 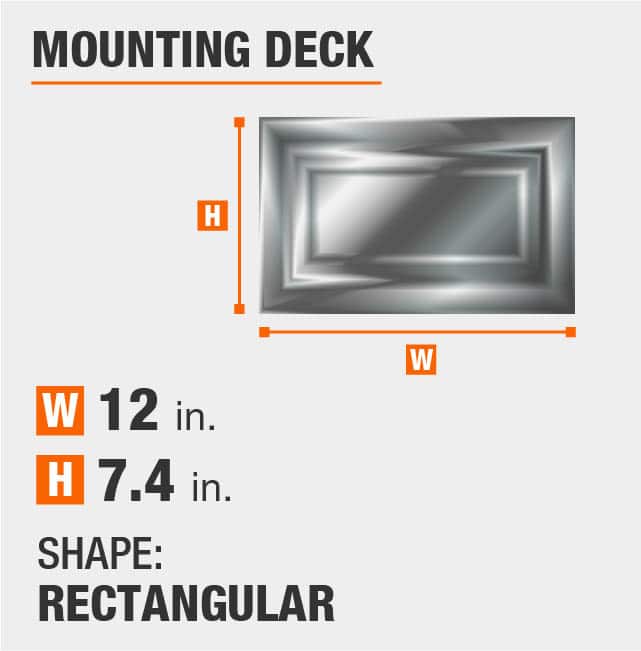 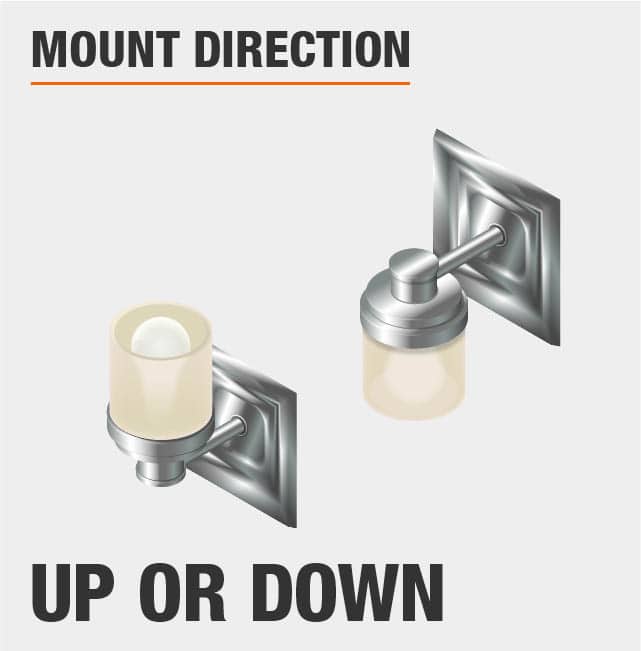 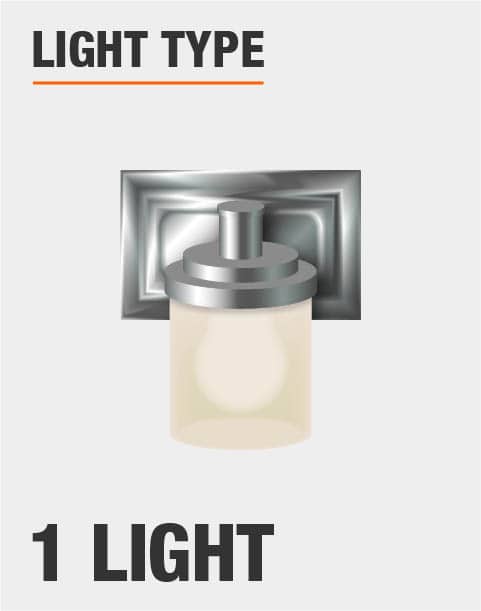 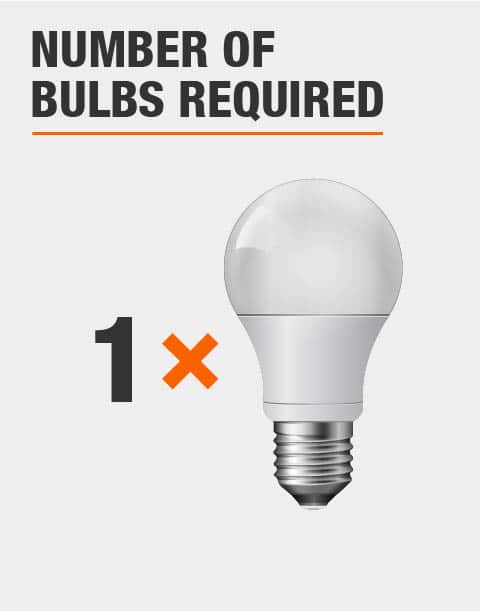 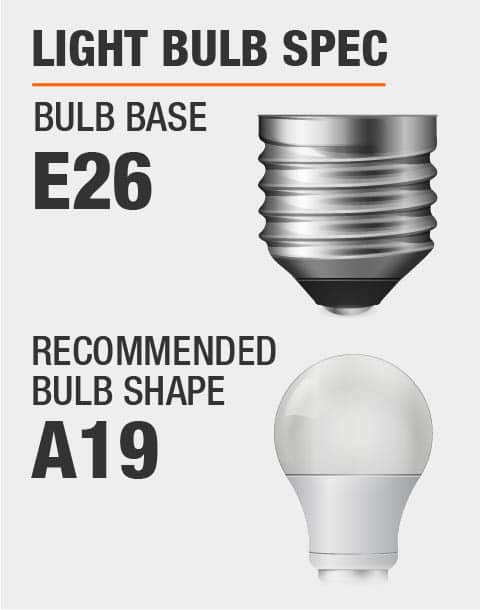 Impart rustic charm to your decor with the Hampton Bay 1-Light Natural Antler Wall Sconce. The natural antler finish accented with a sunset glass shade brings the outdoors inside and gives your hallway, bedroom, bath or powder room a warm glow and a truly unique look. Easy to install, this fixture is also easy to coordinate with other natural antler pieces for a stylish decor theme throughout your home. Perfect for a mountain cabin or lake house.

Can this light be used on a covered patio?

I used them under my car port

Is this just a light shade or an actual light, one that gets wired and goes on and off with a swi...

It's a real light. Hard wired

Can this light be used out doors?

I would say No it's open on the top and bottom

Is the mounting screw in the center of light

How far does this fixture stick out from the wall? The depth is listed as 3.8", and I want to ver...

Mine is flush to the wall and sticks out exactly 4". They look beautiful.

Can you use LED lights in these?

Can I convert this sconce to a pull chain on/off switch?

I would consider installing a Motion Activated Light Bulb.

We are considering getting 2 of these for a hallway stairway. They would be 1-2' above my head. Do these look okay from below?

no... it's never good to see the works of any lighting...

Can this scone be used outside?

5 people found this helpful
Oct 18, 2016
Perfect for lake house/mountain cabin
Beautiful light and great quality. Used in lake house - perfect over fireplace. :Light shines from above and below creating a very nice effect. Price cannot be beat.
by md
Aug 9, 2016
Nice addition above the fireplace
We needed a rustic accent on either side of a mirror above our fireplace mantel. These filled the bill and are much better priced than other fixtures with the same theme. There was no wiring in the location and no way to run it, so we gutted the 110V socket and attached some solar powered deck light fixtures with velcro. If your location is bright enough, you might be able to leave them in full time. Great value for the money.
by 55wrench
1 person found this helpful
May 23, 2016
Looks great in my Cabin
Looks great, easy to install, and still a great value
by Eric

Dec 8, 2015
Goes perfectly in our cabin!
Lights in stalled easily and came with everything that was needed for the installation. They look GREAT!!!
by HomeDepotCustomer

2 people found this helpful
Sep 7, 2011
Perfect for the Cabana
I bought 6 of these to put on the posts of my cabana by the swimming pool. They put out the perfect amount of light and match the rock walls and cedar beams beautifully. I have cieling fans with lights that give me more light if I need it, but the sconces put out enough light to allow people to see everything and not too much to wash everything out.
by Rick
4 people found this helpful
Showing 1-10 of 128 reviews

This Hampton Bay Lodge sconce will bringThis Hampton Bay Lodge sconce will bring the outdoors inside while creating warm, elegant lighting in your space. This rustic light fixture is exquisitely detailed with a pinecone and branch motif. With rich, warm tones, this fixture features a weathered spruce copper finish and textured sunset glass shade. Perfect for hallways, dining rooms, bathrooms or powder rooms, this easy-to-install sconce uses a single 100-Watt bulb, which is not included.See Full Product Description

Bring the outdoors inside with the LodgeBring the outdoors inside with the Lodge 1-Light Weathered Spruce Bath Light from Hampton Bay. Featuring a weathered spruce copper finish accented with a textured sunset glass shade, this rustic bath light is exquisitely detailed with a pinecone and branch motif and rich, warm tones. Perfect for your bath or powder room and a great choice for cabins and lake homes, the fixture coordinates beautifully with other pieces from the Lodge collection for a full, matching ensemble.See Full Product Description

The Hampton Bay 1-Light Brushed Nickel WallThe Hampton Bay 1-Light Brushed Nickel Wall Sconce will update your bath or powder room with beautiful illumination and elegant style. Featuring a brushed nickel finish and an etched white glass shade, this transitional fixture has simple clean lines and will complement a variety of decor from traditional to contemporary. Easy to maintain and easy to install, coordinate with other brushed nickel pieces from Hampton Bay for a polished look and lasting enjoyment.See Full Product Description