Pay $29.97 after $25 OFF your total qualifying purchase upon opening a new card. 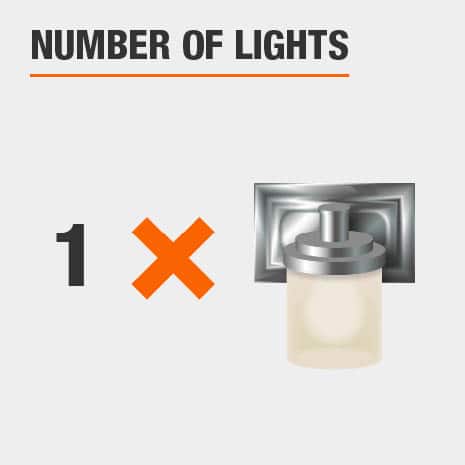 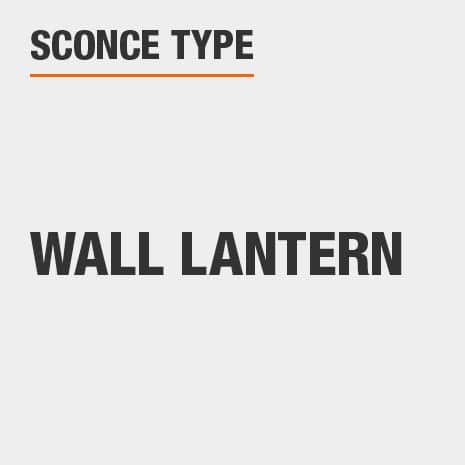 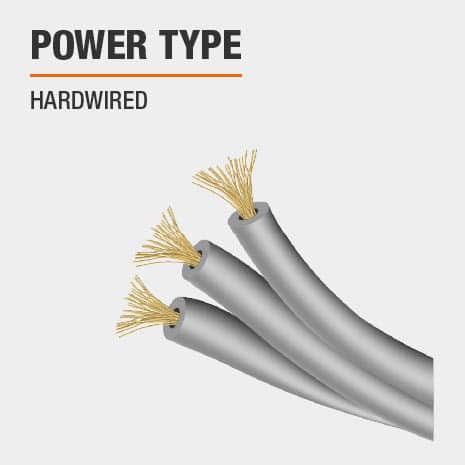 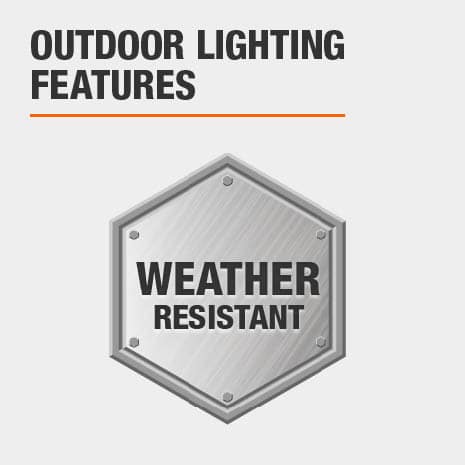 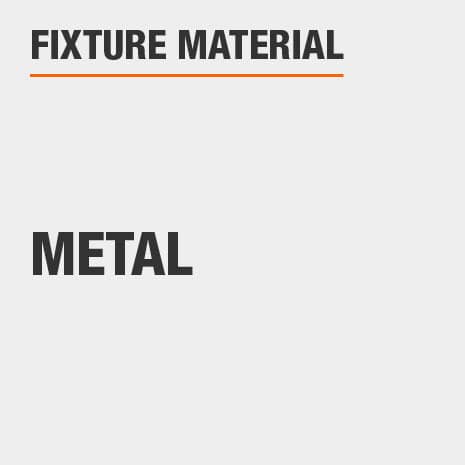 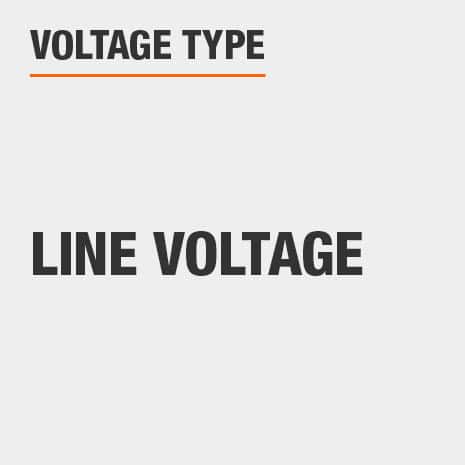 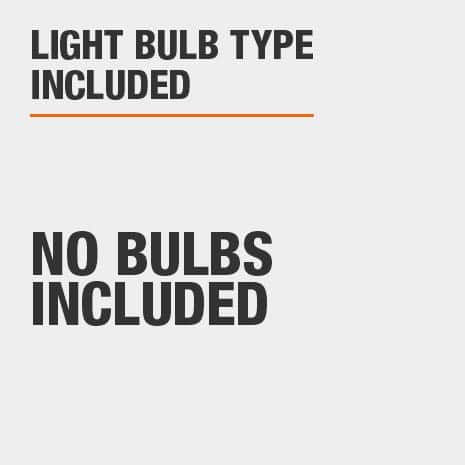 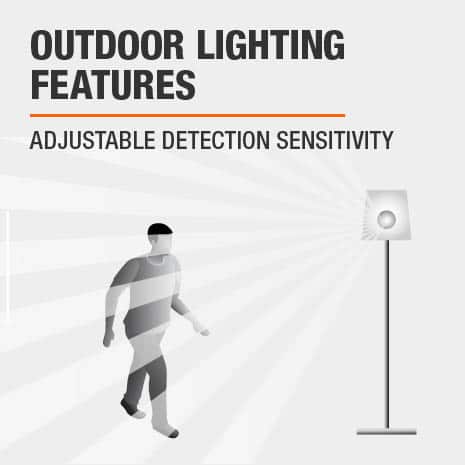 The Bayside Mission 150 Degree Outdoor Motion-Sensing Lantern has clear glass and is constructed of metal with a weather-resistant black finish. It detects motion up to 30 ft. away and uses one 60-Watt light bulb. It is UL listed.

A:  Thank you for your inquiry, please contact us at 1-888-543-1388 or info@globe-electric.com so that we may provide you with the information requested.

A:  Thank you for your inquiry, this unit is recommended to be used with incandescent bulbs.

Q:Anyone have the issue where it only works on test.mode?
by|Nov 14, 2022
1 Answer
Answer This Question

A:  Thank you for your inquiry, please contact us so we can further investigate the problem. You can reach us at 1-888-543-1388 or info@globe-electric.com.

A:  To Activate Manual Mode turn the light off and back on with in 2-3 seconds

A:  Thank you for your inquiry, this unit is designed to be turned on through motion, at night time. You can decide to have the unit in manual mode, by turning the light off and back on waiting for 2 seconds in between.

69
Filter by:
Showing 1-10 of 527 reviews
Jan 16, 2023
Good looking BUT not durable
Here is a photo. We installed this lantern about 1.5 years ago and it's now complete dead (we removed the bulb in the photo). It does look good, but it's not durable. You can also see that it developed a lot of rust just over 1.5 year. Will not recommend it
by
Response from Globe ElectricJan 24, 2023
Thank you so much for reviewing the Hampton Bay Bayside Mission 150° Black Motion-Sensing Outdoor Wall Lantern Sconce. We’re so sorry to hear about the issue you experienced. Please feel free to contact us at your convenience; we would love to hear from you! 1-888-543-1388 or info@globe-electric.com
Nov 9, 2022
It looks amazing on my porch and works very well...
It looks amazing on my porch and works very well so far
by
Apr 13, 2022
I purchased this outdoor lantern specifically for the appearance and...
I purchased this outdoor lantern specifically for the appearance and the motion sensor feature. I love that the porch light isn’t on all night long allowing stars to shine unless activated.
by
1 found this review helpful
Oct 15, 2021
Happy wife, happy life
The wife picked them out. After a few modifications, twist a few wires, job done. She's happy and it's off my list. Very simple installation. Basic tools, Basic wiring knowledge. And they look great!
by
Jul 15, 2020
Doesn’t work. Says it works with LED equivalent
Installed it today and was messing with it on and off for about 45 minutes while doing other things around the house. Only setting that works properly is test. If it says on the box -works with a 60 watt led equivalent then i expect it to work. Taking it back.
by
Response from HeathCoJul 22, 2020
Hello,
We are very sorry that the light was not functioning as expected. The specifications for the light call for Electrical load Up to 60 Watt Maximum Incandescent
Bulb type Medium Base, Type “A”, 60 Watt Maximum

If using an LED equivalent bulb, that bulb does need to be "Fully Dimmable". If you have any questions you can reach technical support at 1-800-858-8501.

A trapezoidal framework lends itself to modernA trapezoidal framework lends itself to modern appeal with this outdoor wall light. A black finish and tempered clear glass create a simple and clean look. The motion sensor featured dual brightness and 4 modes adds security and functionality to an already elegant design. Dual-bright design means the light turns on at 25% brightness and goes to 100% when motion is detected. 4 modes built-in gives your life more comfortable and convenient.View Full Product Description

The Westbury Collection features transitionalThe Westbury Collection features transitional outdoor wall lighting with cylindrical frames and crackled glass shades. The Westbury 11 inch LED wall lantern is the largest in the collection and is finished in a rustic, aged iron. The lantern housing is held in place by a straight arm that connects to a matching rectangular wall plate. The integrated LED module emits 546 lumens of warm white light, an ideal amount of illumination for porches, driveways, and walkways. The integrated LED design is energy efficient and low maintenance as you will never need to replace bulbs for the life of the fixture.View Full Product Description

The Hampton Bay 2 pack of outdoor wall lightThe Hampton Bay 2 pack of outdoor wall light will add a traditional style to the exterior of your home. The lanterns feature a deep bronze finish and clear, seeded glass sides that allow for maximum light output. Each wall sconce uses a single, 60-watt light bulb. LED lights can be used for energy efficiency. The bottom of each fixture is open to allow easy access to change the bulbs once the fixture is mounted. This twin pack of lights is ideal for updating porch lights, driveways lights, and exterior entryway lighting.View Full Product Description

The vintage appeal of aged iron lends classicThe vintage appeal of aged iron lends classic charm to the Brimfield Outdoor Wall Lantern from Home Decorators Collection. This weather-resistant outdoor sconce is presented in a square housing that evokes antique metalwork, while the clear, seedy glass is framed by wire strips that give the appearance of windows, helping to create a warm, inviting ambience. Weather-resistant for lasting durability, this charming design adds style and safety at an entranceway, garage or other walled area and pairs beautifully with other fixtures in the Brimfield collection for a polished outdoor theme.View Full Product Description