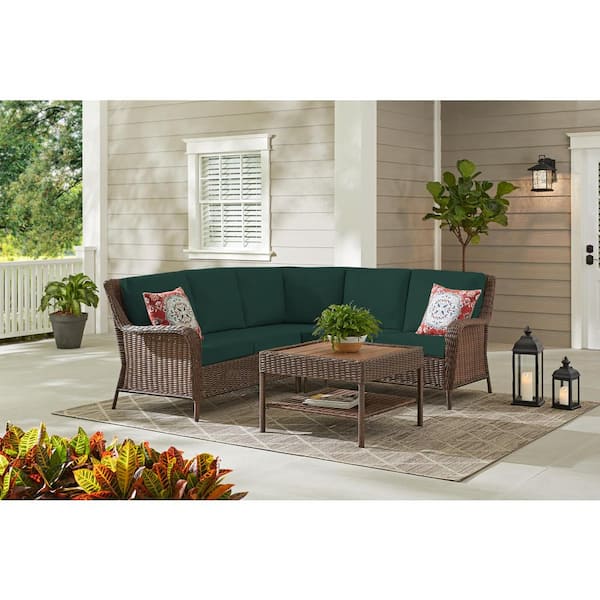 Create an inviting space with this Cambridge 4-Piece Wicker Outdoor Patio Set by Hampton Bay. The powder-coated steel frame resists rust season after season. The handwoven, open wicker chairs have curved seat back arms and supportive cushions for total comfort. Set includes a left-arm loveseat, a corner chair, a right arm loveseat and a coffee table. It's perfect for indoor and outdoor use. Some assembly is required. 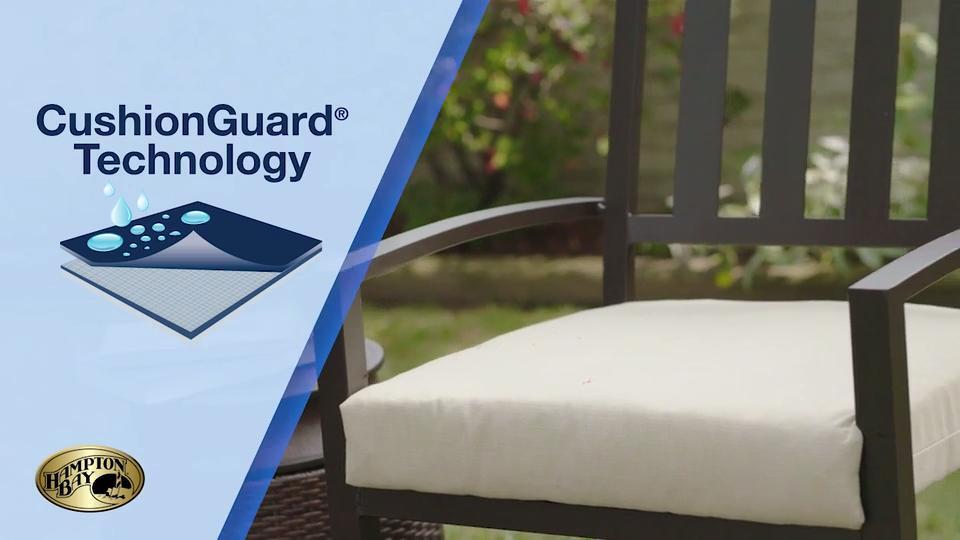