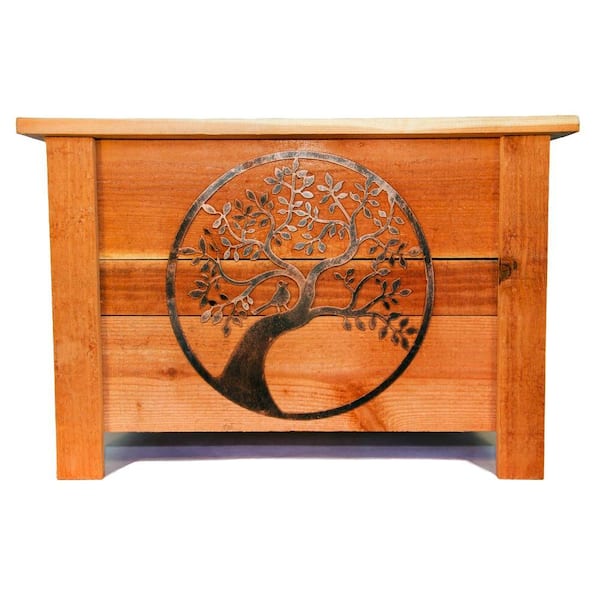 How tall is this?

True estate quality planters - Perfect forTrue estate quality planters - Perfect for front porch, driveways, poolside, patios, stairway landings, or decks. Made with the volcanic ash from an eruption of mount Pinatubo in the Philippines - Planters have a fiberglass inner shell covered by the volcanic ash which gives the appearance of old-world concrete. Each piece is unique - 1/3 the weight and 1/3 the cost of concrete. Extremely durable and aesthetically beautiful in both look and texture - Planters will last a lifetime. See weights and dimensions in picture.See Full Product Description

Quality is of great importance for the ElegantQuality is of great importance for the Elegant collection. All of the products in the Elegant collection are made of fiberglass combined with 58% finely ground stone. This composition is also called fiber-stone and is low maintenance. The timeless appearance and high quality of the lightweight planters means that they will last for years.See Full Product Description

24 in. x 24 in. Redwood Planter with Metal Sunflower Art