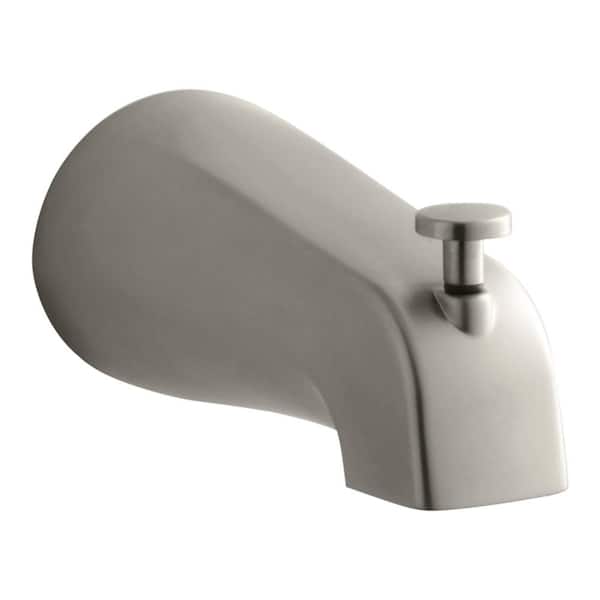 Bring sleek, simple style to your bathroom with Coralais faucets and accessories. This sturdy metal bath spout includes a lift rod to divert water from the spout to the showerhead. Its compact design makes it a versatile choice for a wide range of bathroom decors.