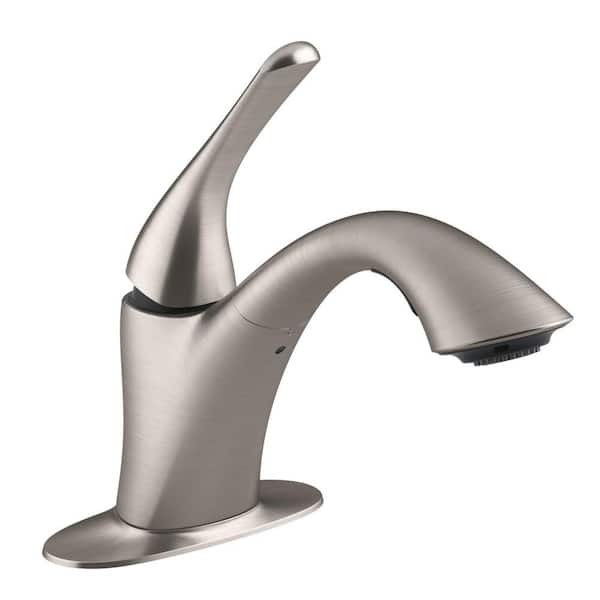 The Mistos Laundry faucet brings contemporary styling and exceptional functionality to one of your busiest rooms. Its pullout spout is perfect for filling buckets and maximizing reach, while the powerful Sweep spray lets you rinse stains and muddy shoes with ease. The single-lever handle allows for easy and precise temperature control.

An innovative fit for a variety of utilityAn innovative fit for a variety of utility tasks, this Simplice laundry sink faucet combines an elegant, universal design with exceptional ergonomics and functionality. It has a 2-function pull-out spray head with touch-control allows you to switch from aerate to Sweep Spray. The fast flow provides a powerful rise and quickly fills basins and buckets.View Full Product Description