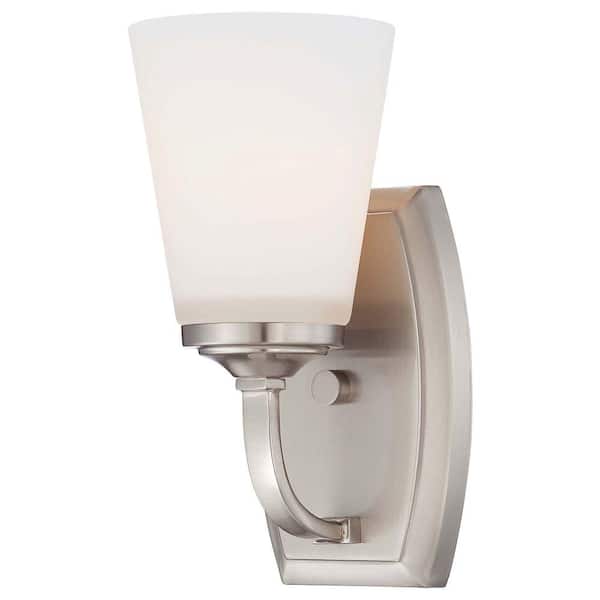 What are the dimensions of this?

The clean, modern lines of Harbour PointThe clean, modern lines of Harbour Point are reflective of yesteryear's architecture. The combination of the Brushed Nickel finish and the Etched Opal Glass creates a striking appearance. This 1-light bath fixture is a great accent to any bathroom or hallway either alone or in a set.See Full Product Description

The Minka Lavery 1-Light Wall Sconce reflectsThe Minka Lavery 1-Light Wall Sconce reflects a graceful form that draws on both the past and present. The curves of the etched opal glass shade are complemented by the polished nickel finish of the frame. Create a new modern look in your powder room, bath or hallway with this elegant fixture.See Full Product Description