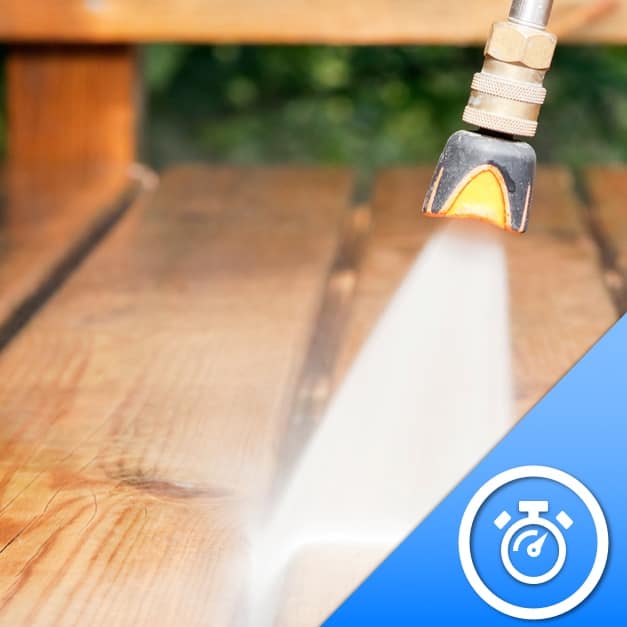 Olympic SmartGuard dries in only 1 hour, meaning you can clean, seal and use your deck in the same day. 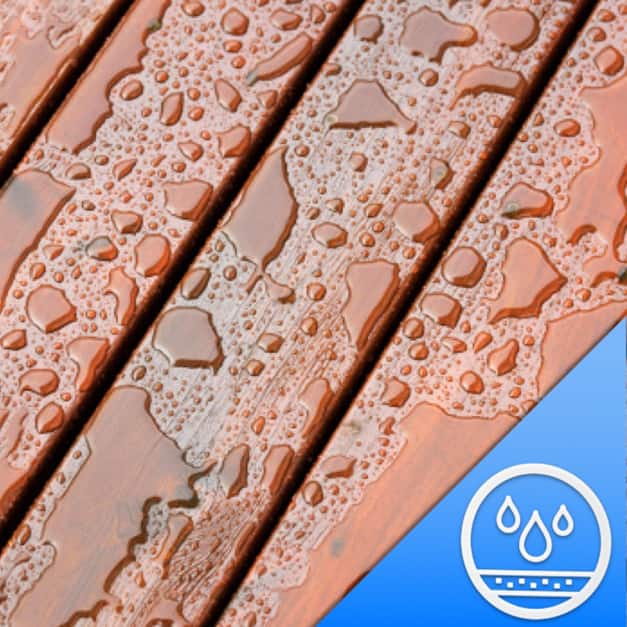 Olympic Smartguard protects your deck from water damage and protects against mold, mildew and algae growth. 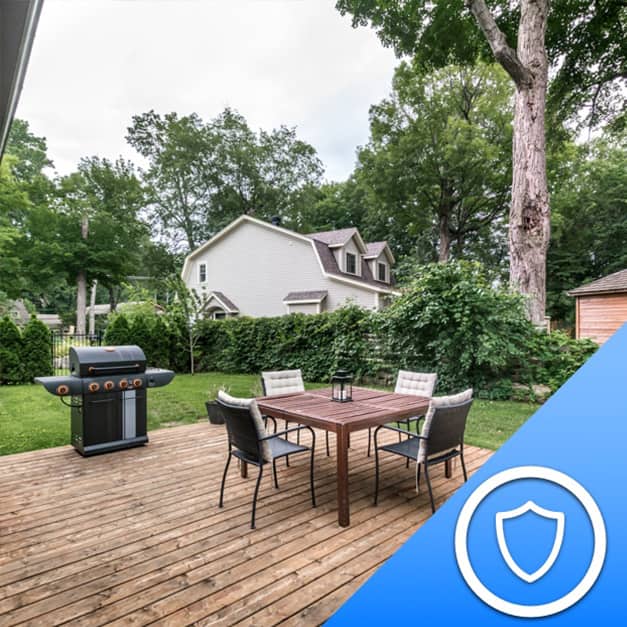 Protecting Your Deck Has Never Been Easier 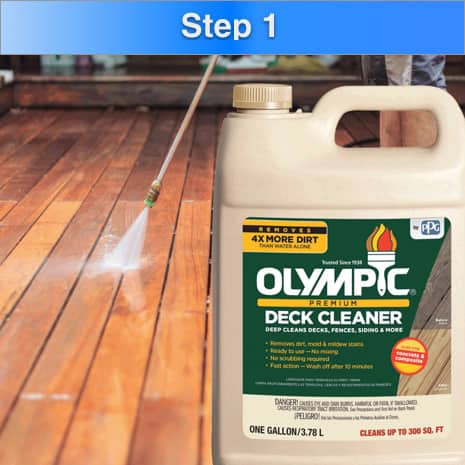 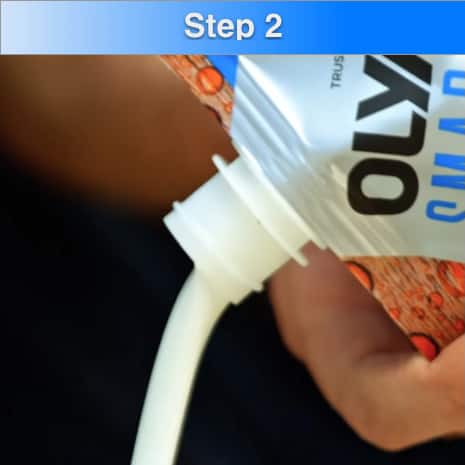 Mix with 2 gallons of water

Pour the entire pouch of Olympic SmartGuard in two gallons of water. 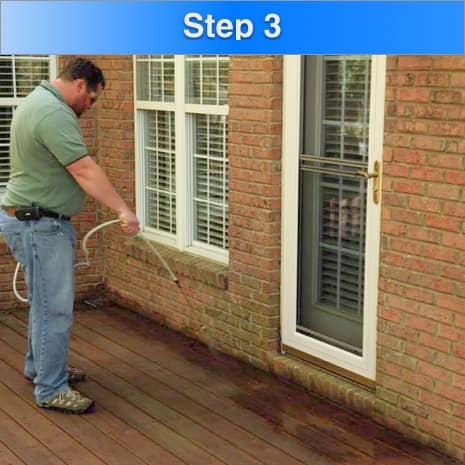 Pump and spray the SmartGuard and water mixture. Apply liberally. 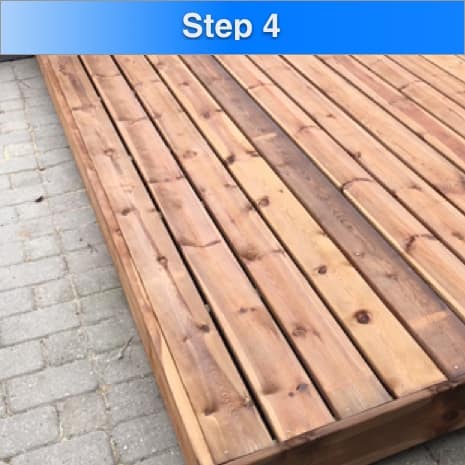 Allow SmartGuard to dry for 1 hour

After only 1 hour of drying, your deck is ready to be used. 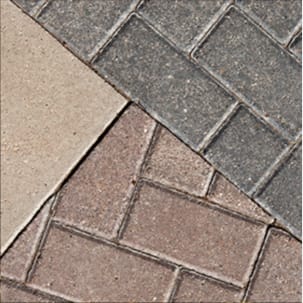 The smart way to seal multiple surfaces around your home. 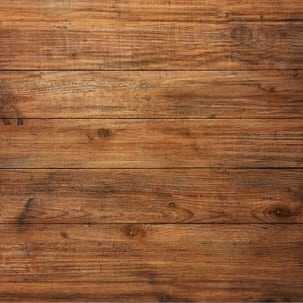 Protect and seal your wood deck to prep it for the season. 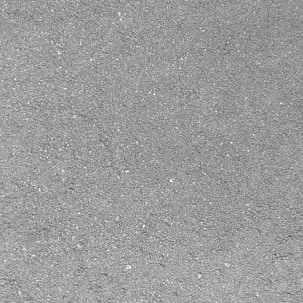 Seal your concrete driveway or sidewalk to protect from rain, snow, salt. 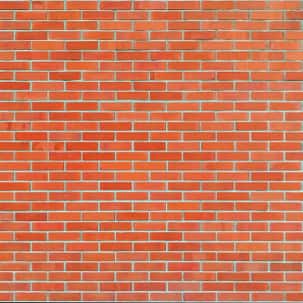 Vertical brick surfaces can be protected to prevent wear and tear. 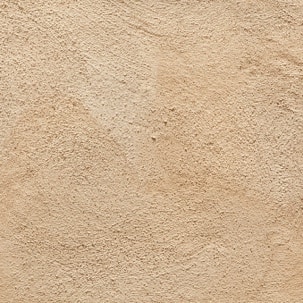 Unique surfaces like stucco can benefit greatly from sealing and waterproofing.

Olympic SmartGuard is the smarter way to Seal. Waterproof your deck quickly and easily with Olympic Clear SmartGuard Multi-Surface Sealer. Simply pour the pouch in the sprayer, add water and spray it on the deck. The clear concentrate dries in just 1 hour, so you can have your deck prepped, cleaned and ready to enjoy in less than a day.

A:  Hi there, this is not recommended.

A:  Please check with your local Home Depot for availability of the specific product you are looking to find, as it may be available through special order.

Q:Can this be applied over a deck that has been treated with teak oil? If so, how long after can t...
by|Jun 17, 2021
1 Answer
Answer This Question

A:  no, you have to remove or clean the oil treatment. this sealer must directly apply on bare surface.

A:  This product would work fine on a fence. It soaks in and seals the wood. It does not leave a "wood under glass" appearance like a varnish would, so it is not a clear coat in that sense. I guess that it could be considered a clear coat in the sense that it protects the wood by penetrating and sealing it without altering the appearance of the wood. We have also used this product over latex paint on exterior wood railings. There too, it penetrated and sealed without altering the appearance of the surface, and it has held up well for two years so far.

A:  Hi there, yes, this product can be used with a pump sprayer.

2
Filter by:
Showing 1-10 of 101 reviews
Nov 19, 2019
I have three 20-year-old decks made from treated lumber on my house. Every fall I apply a clear ...
I have three 20-year-old decks made from treated lumber on my house. Every fall I apply a clear wood protector/sealant. I think the decks have held up fairly well because of that. When my decks were new, Olympic made a product that was relatively inexpensive and held up very well, easily lasting through the year, but it had high V.O.C.s and was taken off the market. Since then I've tried different products with usually unsatisfactory results, finally settling on Thompson's WaterSeal, which is fairly cheap but seems to lose a lot of its protection ability by the time we get into summer. When I saw the positive reviews for SmartGuard and its reasonable price I decided to try some although I was a bit wary because the great majority of reviews seemed to focus on its ease of application while only a few mentioned performance, and those were not very positive, with one specifically mentioning that water did not bead up on SmartGuard. I decided to do a test by applying SmartGuard to half of one of the decks and Thompson's to the other half. The remaining two decks I used only SmartGuard. I applied the SmartGuard with a pump sprayer, but found that to get good coverage I needed to also spread it out with a pad, which is what I use to apply the Thompson's. At first, water seemed to bead up equally well on both the SmartGuard and the Thompson's, but after a week or so the SmartGuard side did not bead up. One reviewer mentioned that they thought multiple applications of SmartGuard worked best, so I applied a second coating. The results were not any better. It has now been several more weeks and the SmartGuard side does not bead up at all while the Thompson's side beads up like it did in the beginning. The other two decks where I applied only SmartGuard are also not beading up at all. It's always possible that water beading does not definitely indicate water protection, but I don't know what other criterion to use. Unless some other more promising product comes out at a reasonable price I'll probably be going back to using the Thompson's on my decks next year.
by
Response from Olympic TeamNov 25, 2019
Hi Greg, thank you for your feedback. We would like to learn more about your experience with our product, so please call us at 1-800-426-6306 between 8am-5pm ET.

Customer review from olympicstains.com
Jun 2, 2018
Easy to use
[This review was collected as part of a promotion.] Seems like a great product. Love the easy to use packet.1 packet and add to 2 gallons of water. Spray across deck. Simple and easy. Great application. Dried quickly. Definitely would purchase again.
by