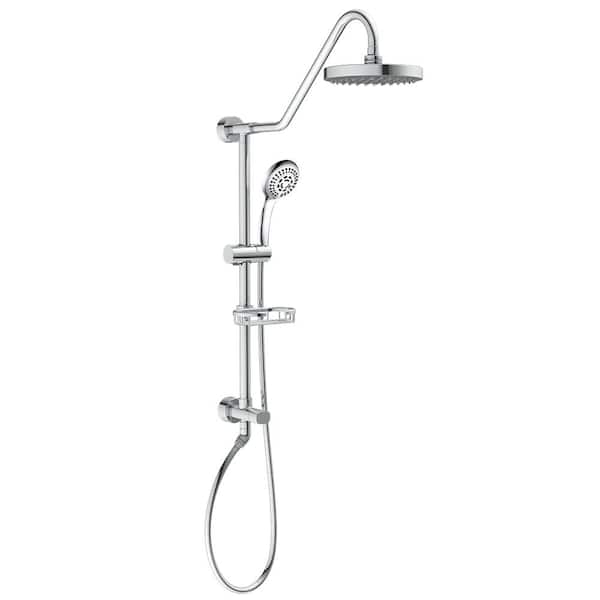 The Kauai II Chrome Shower System from PULSE Showerspas is brilliantly simple. Designed to use your existing valve, it replaces the old showerhead with an elegant rain showerhead and multi-function hand shower. The integrated brass slide bar allows for adjustable height control for the hand shower and brass soap dish, while providing a conveniently located diverter for switching functions. Easy to install, it simply connects to the water supply at your existing showerhead location and uses your existing hot/cold shower valve. Available in chrome, brushed nickel or oil-rubbed bronze to match any decor, the system typical installs in less than an hour, even for the do-it-yourselfer.