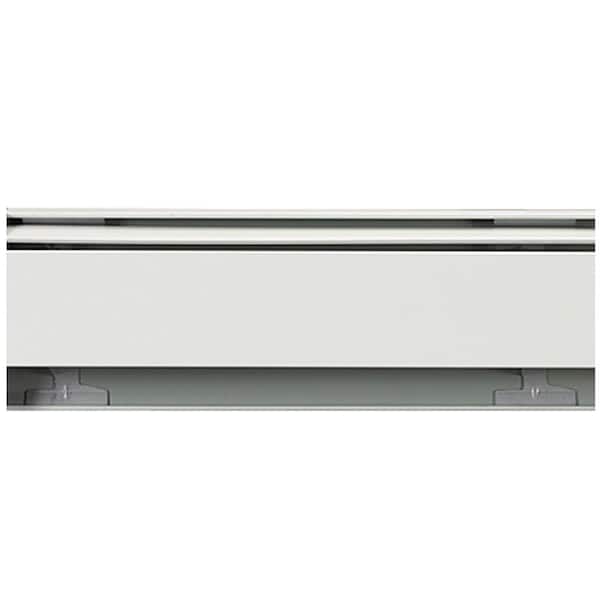 The Slant/Fin 6 ft. Dummy Baseboard comes in a Nu-Tone white finish. It is used to cover an exposed baseboard heat pipe. The splice plate is included for the installation.