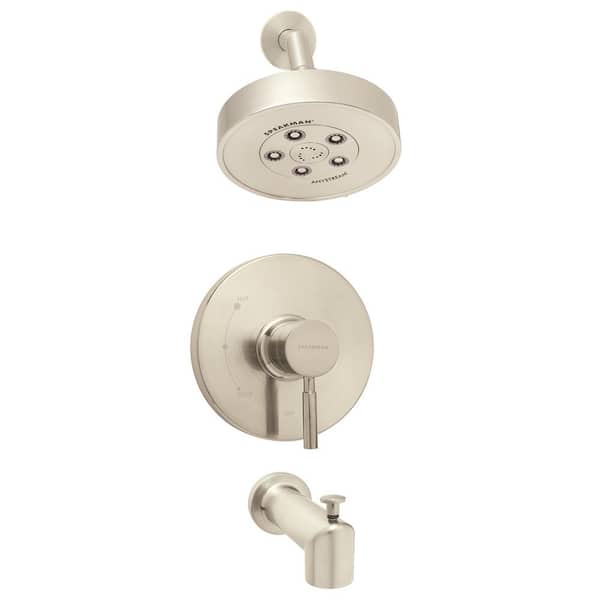 Showcasing all the luxury of Speakman's legacyShowcasing all the luxury of Speakman's legacy of hotel offerings, the Neo ADA HandShower and Tub Package combines functionality with a sleek, bold look to complete a wall mounted shower system. Bringing forth a modern design of smooth detailing and sharp edges, this shower set features a Neo modern handshower with ADA compliant pause/trickle adapter and shower elbow, Neo shower valve, 24 in. slide bar, and diverter tub spout. With patented Speakman Anystream 360°technology, the showerhead allows the user to easily transition through 360°of full-flood needling spray, central pulsating massage, or a combination of both with a simple rotation of the face plate. Connecting the base of the handshower to the shower hose is an ADA compliant pause/trickle adapter, which permits the water source to be turned on or off for ease of operation for those with physical handicaps. The wall mounted shower elbow sources water directly to the handshower positioned on the 24 in. slide bar. This adjustable attachment provides added support and customization of the height of the handshower. The diverter tub spout allows an easy switch between tub and shower use, and the Neo anti-scald pressure balance shower valve maintains a consistent water temperature while in use. Providing a coordinated design with ADA accessibility, the Neo ADA HandShower and Tub Package can be paired with any of Speakman's Neo bathroom sink Faucet and fixture accessories sets for a modern, customized look.See Full Product Description