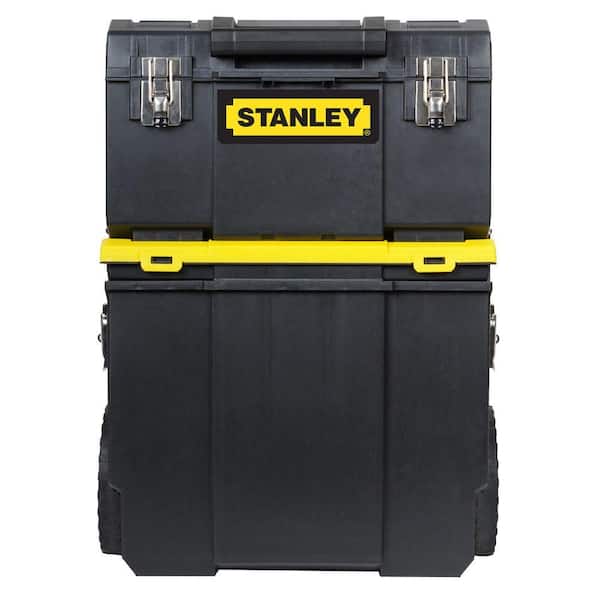 The 3-1 rolling mobile workshop includes a large storage bin, middle organizer and top tool box. This tool box was constructed with an innovative design, robust structure and large volume. The telescopic handle provides convenient maneuverability and folds down for storage.

27
Filter by:
Showing 1-10 of 245 reviews
May 10, 2022
Useful for other purposes
This product is excellent! I use it to take my small sewing machine accessories and projects to my stitching group.
by

15 in. Heavy-Duty Rolling Tool Bag with Wheels in Black and Blue

Made of durable, water resistant polyester,Made of durable, water resistant polyester, the Frontier Rolling Tool Bag stands up to rugged conditions. it features a dual zipper top to keep your tools secure. The small pouches around the exterior are ideal for holding small tools or hardware. The telescoping handle locks in 3 different positions to adjust to your height.View Full Product Description