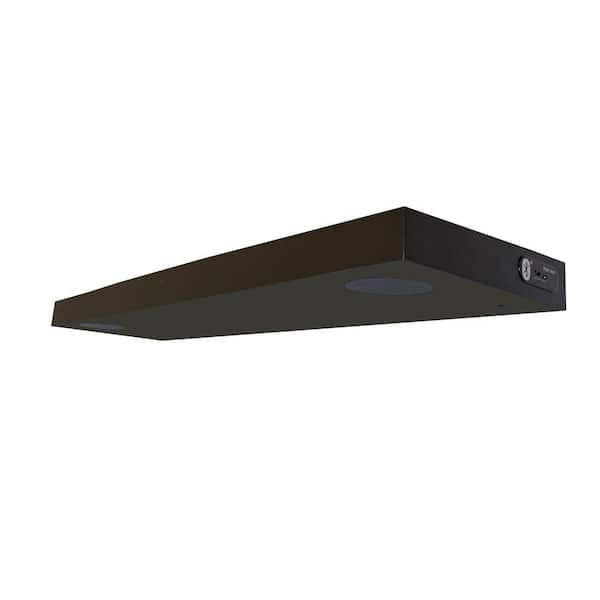 The StudioSync Music Shelf includes 2 encased wireless Bluetooth 3.0-Volt speakers. It eliminates the need for additional bulky stereo speakers, freeing up space for more important things. StudioSync understands that sound quality is truly important to real music lovers. There’s no reason to sacrifice sound quality for convenience anymore. And there’s no need to clutter up shelves to get better sound quality. The StudioSync Music Shelf’s wireless speaker system includes two 60-Watt speakers and is engineered to produce the clearest sound possible. Since StudioSync speakers are mounted inside a decorative shelf, you can enjoy music right from your Bluetooth device and add more shelf space. The music control panel on the right side of the shelf has an indicator, power switch and a micro USB port. No wall plug is required to charge the shelf. The built in 3.7-Volt rechargeable Li-ion battery charges easily with the included 8 ft. micro USB cord. The Music Shelf encased speakers connect to your music library by Bluetooth and works with any portable device, i.e., your phone, tablet, laptop or even you desktop. You can control the volume of the speakers up to 32 ft. away, using the portable device it is connected to.