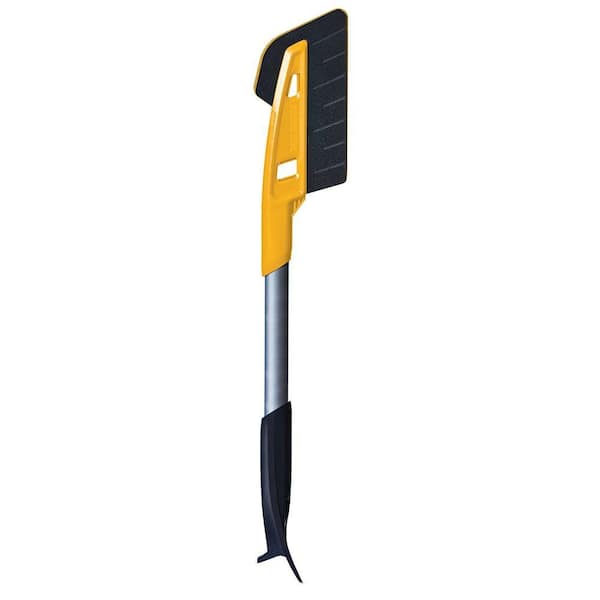 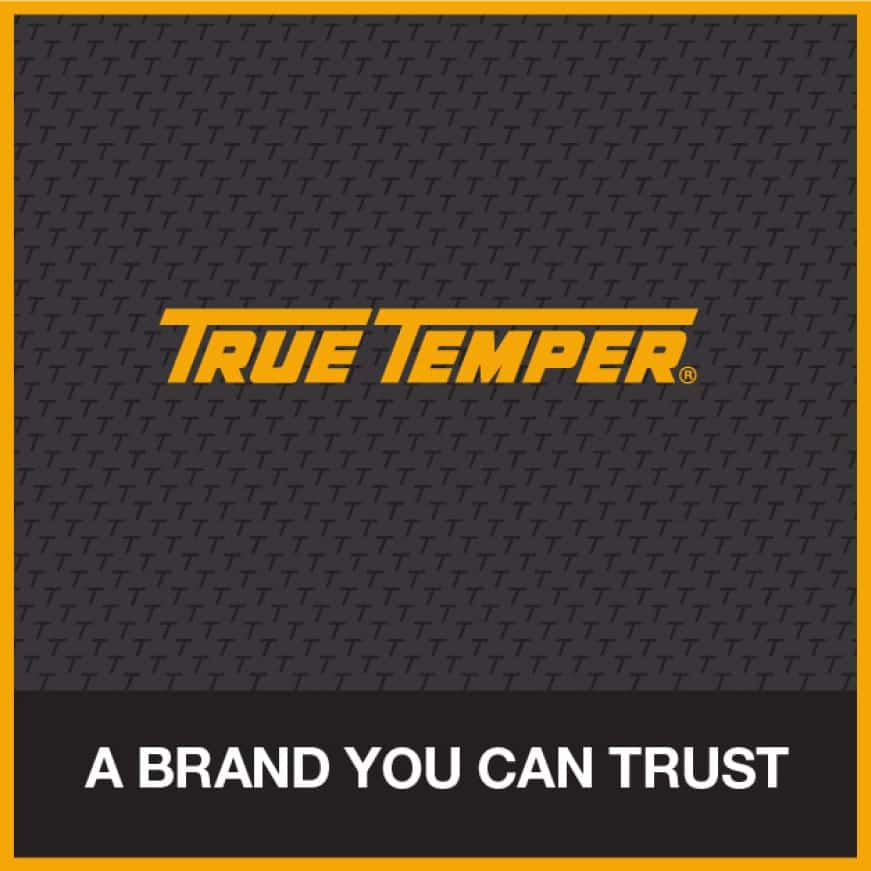 Since 1808, we’ve been trusted to provide tools that have tempered-steel strength and enduring quality. 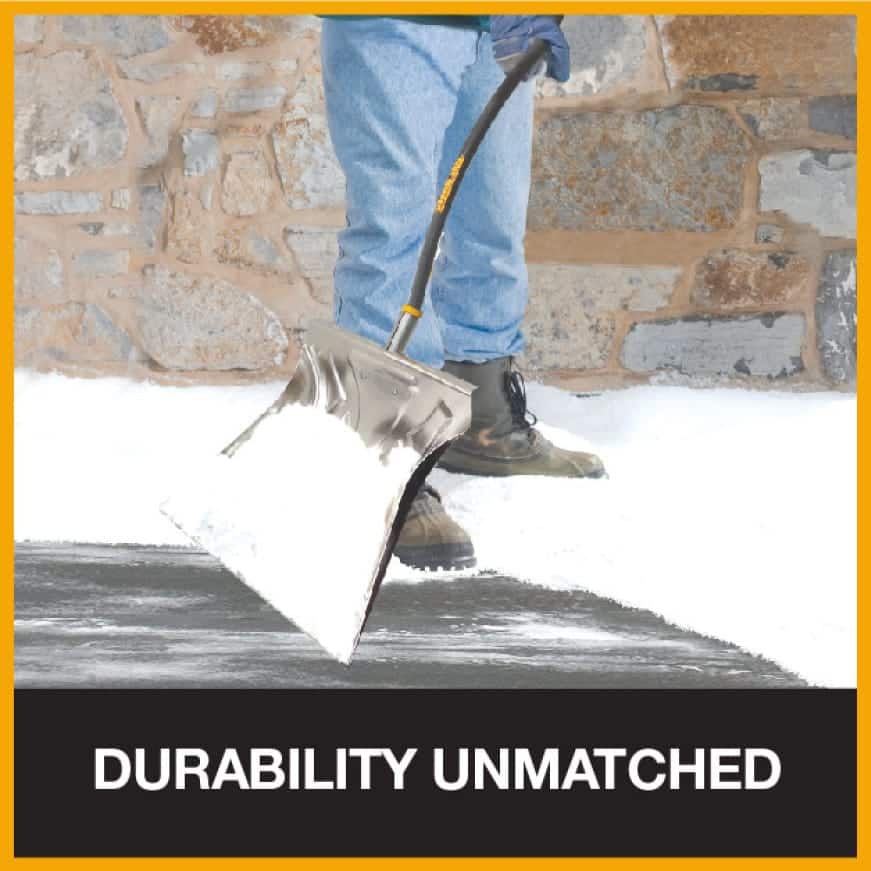 Our durable snow tools can help you clean up what winter has left behind. 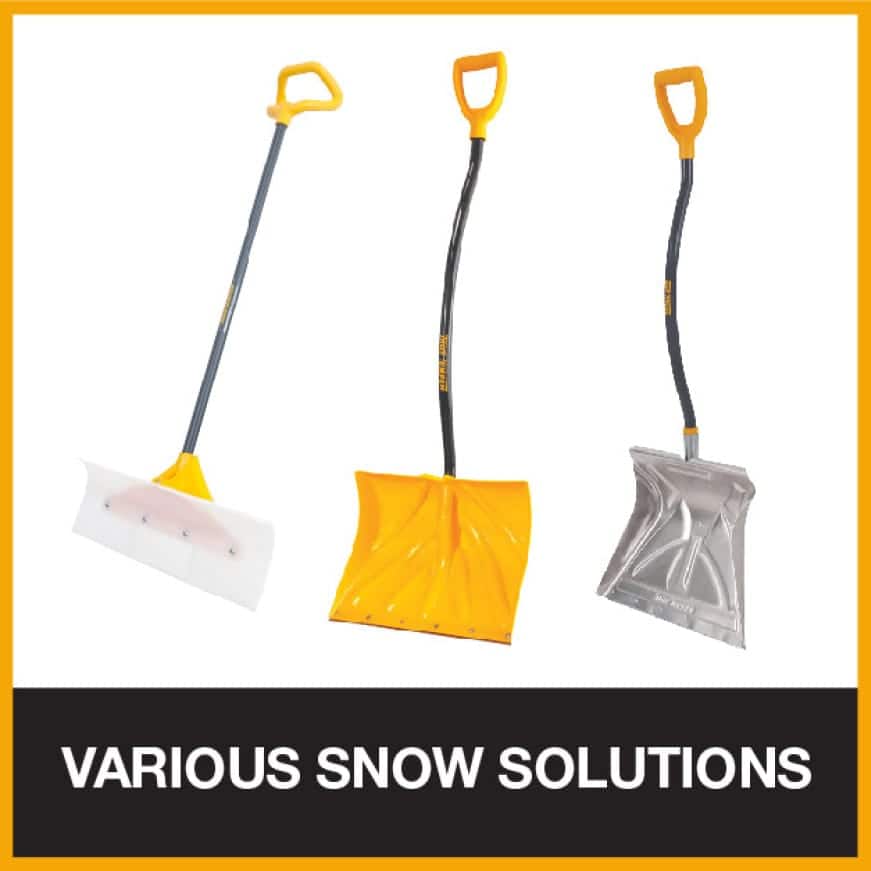 Tools to Get the Job Done

Light, heavy or ice-packed snow -we’ve got a tool for every situation. 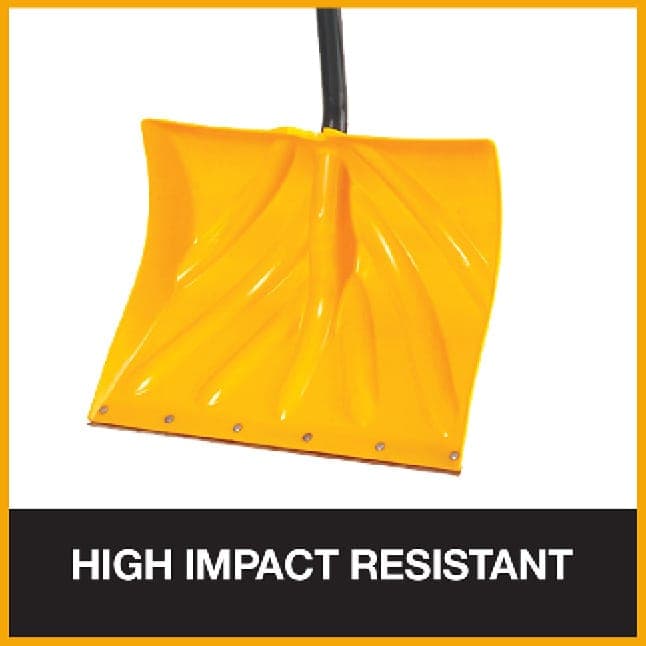 Gentle on decks and pavers. 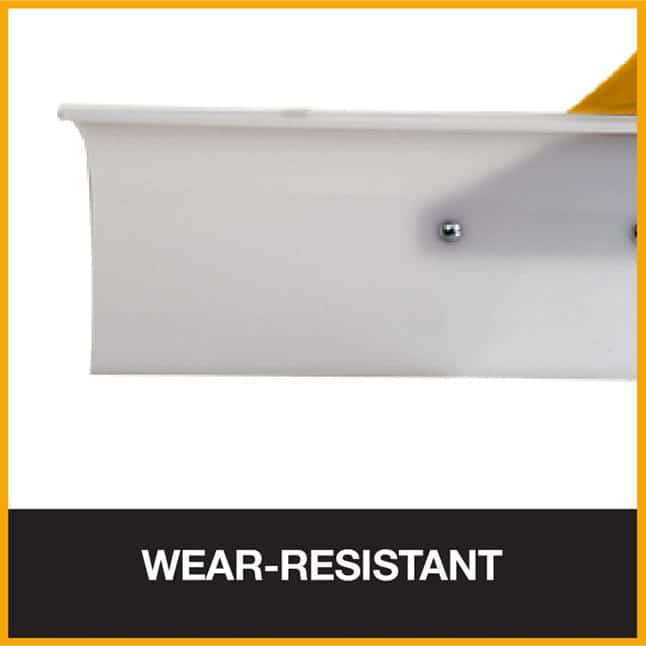 Nylon blade is wear-resistant and non-stick. 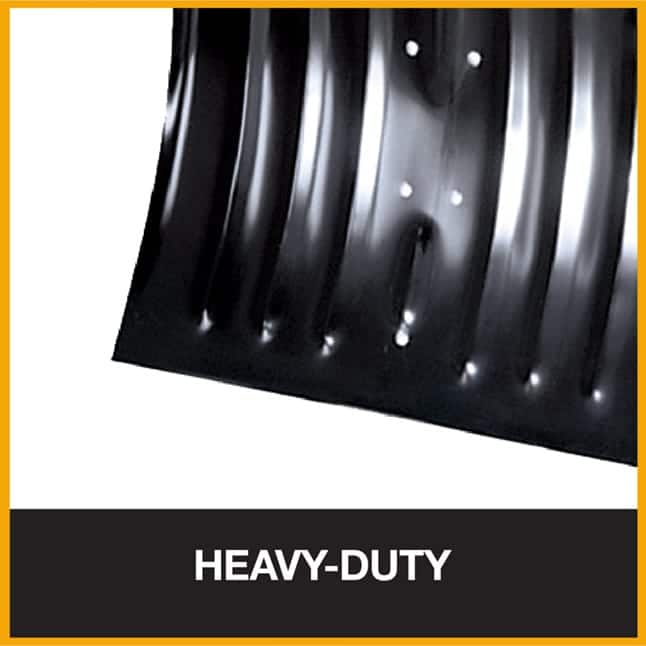 Great for breaking up frozen, hardened snow to lift and throw. 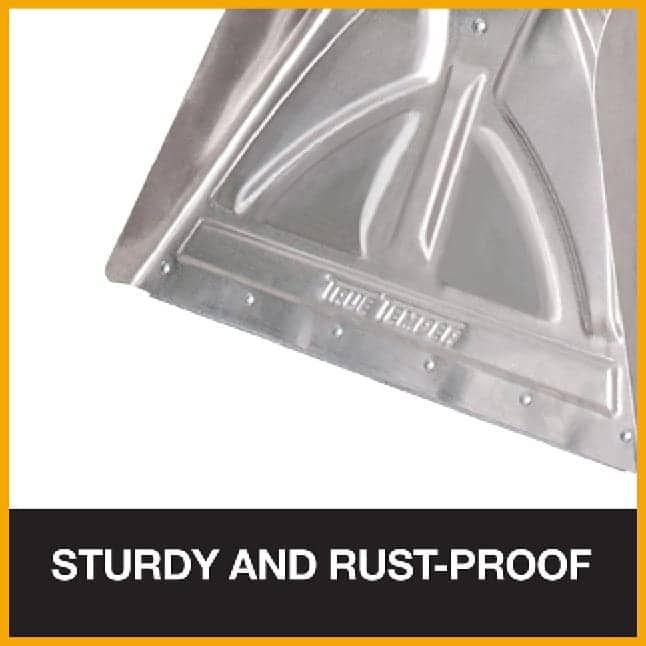 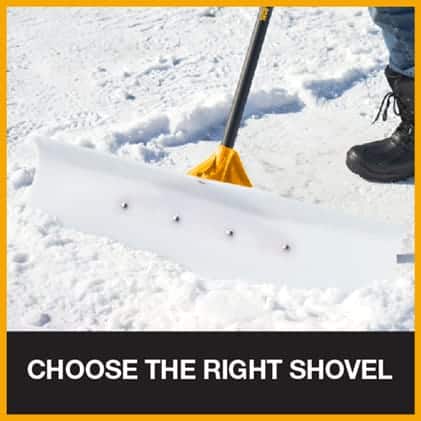 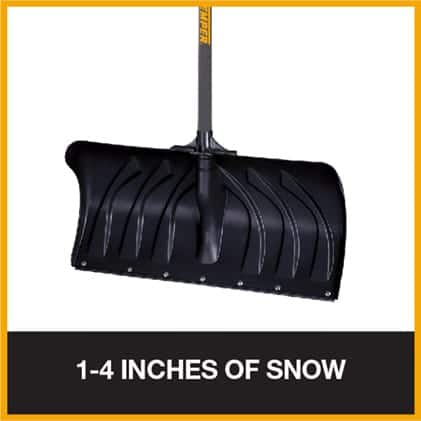 Ideal for scooping light to medium snow and slush. Good for ice-packed snow. 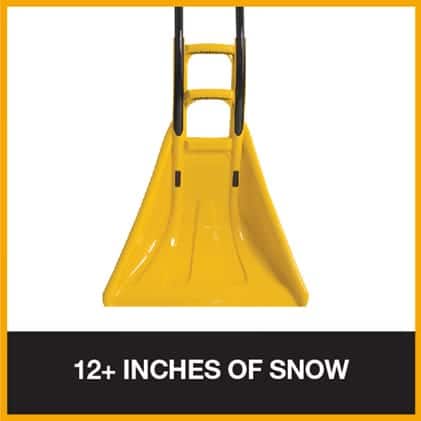 High capacity for pushing and scooping large amounts of snow and ice. 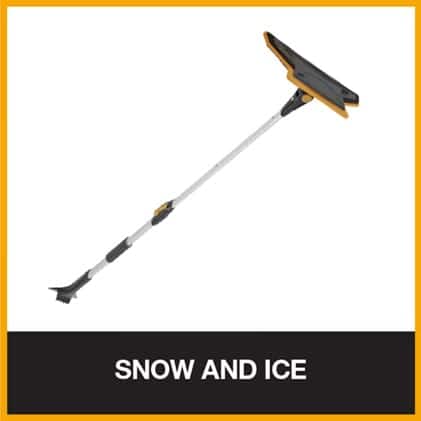 Remove snow and ice without harming your car’s surface. 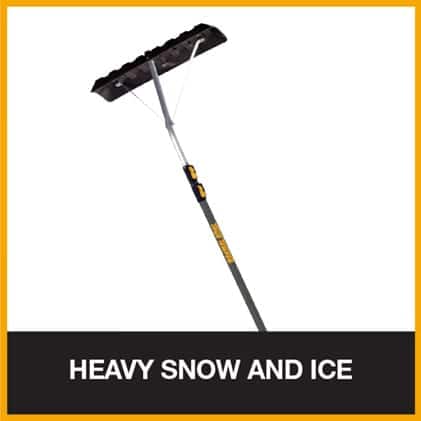 Help prevent structural and water damage to your house from heavy snow.

The 28 in. True Temper Scratch-Free Snow Brush is a snow brush that won't scratch your car. It features an innovative head design, elliptical aluminum handle end scraper for ice removal. The head uses EVA foam, a durable material that is freeze and clog resistant and also keeps your car scratch-free. EVA foam is also used in professional car washes to clean cars while also protecting them unlike traditional brush bristles. The head shape is designed to remove snow in smaller and hard to reach areas like wiper wells, side mirrors and roof racks. The handle features a cushion grip for comfort and control.

0
Filter by:
Showing 1-10 of 17 reviews
Mar 4, 2016
A brush with no bristles - great for clearing dry snow and getting in corners
Instead of having a set of stiff brushes to clear snow, this snowbrush has four layers of semi-stiff foam that can move snow - designed to do so without scratching up the clearcoat on your vehicle. The foam is soft, but the four layers create a fairly rigid plane that can move a decent amount of snow. The foam wraps around the front edge of the brush, and you can use the small corner to clear snow out of edges and around windshield wipers. It seems to work a little better on dry snow. Wet snow was a little harder to move around and seemed to decrease the semi-rigidness of the foam. Overall, I like it. I like the fact that it doesn't seem to scratch my car up - beyond what ice and snow may do. There is a typical scraper on one end, and the blade edge is sharp. My only complaint with the brush is the length. I'd like it to be about 6 or 8 inches longer, just to be able to reach farther across the top of vehicles - such as a van or sUV. Other than that, it does a great job. It's a good alternative to your traditional snow brush.
by jswobe

2 people found this helpful
Feb 26, 2016
A truly high-end snow brush
Compared to the standard bristle snow brush that I purchased recently, this model costs over 50% more, so I expected better performance from the True Temper brush, and True Temper delivered. Here's what I liked about the brush: (1) as would be expected from a company called True Temper, the brush center shaft is actually made of metal, while cheaper brushes are made of plastic. Does that matter? It's not clear that's a weak point for brushing duties, but if you routinely use a scraper, it will definitely outlast the scraper edge itself, and also lends the product a premium feel. (2) the end of the brush has a separate scraper and ice breaker, both of substantial size. (3) the brush itself is a foam-like material, which pushes snow off. This makes a lot of sense: you don't use a broom to shovel snow, why would you use a mini-broom to push it off your car? This foam material also promises to be entirely scratch-free. The brush has two sides, one for large areas, one for tight areas like the windshield wiper well and on the sideview mirrors. Here's what I didn't like as much: (1) if you only need a brush once in a while, it may be hard to justify the price of this model. (2) Because you'll be essentially "shoveling" snow rather than brushing it, you'll likely encounter more resistance with this brush, so again, for light jobs, it's probably not beneficial.
by Termie

Feb 3, 2016
I like the brushless
The True Temper 28" Scratch Free Snow Brush does it's job with an added bonus. There are no bristles on the brush area. It has a soft chamois/squeegee blade that wipes away the snow. The size is just right. It is long enough to get rid of the snow and keep your hands dry but short enough to fit in the backseat with no problem. It's very sturdy and I believe it will last a long time.
by rjoyce534

Jan 19, 2016
Excellant snow brush
I seen this and had to try the new design brush. What a pleasant surprise. It pushes the snow off your windshield with ease. The only regret was my wife seen it begin used and I had to get another on. Instead of needle like plastics bristles it has rubber paddles. It is very well built and the scraper is larger than the normal scraper made of heavy plastic.
by mrd75

The ergonomic handle and foam grip on thisThe ergonomic handle and foam grip on this snow brush makes snow and ice removal quick and easy. The lightweight and slim design makes this a must-have for any winter driver. Keep your car snow and ice-free during the winter for safe driving when you have the sturdy and reliable Michelin 25 in. Snow Brush and Ice Scraper. With a curved brush tip and an ergonomic handle with a foam grip, this brush makes cleaning off your car as comfortable and convenient as possible.See Full Product Description