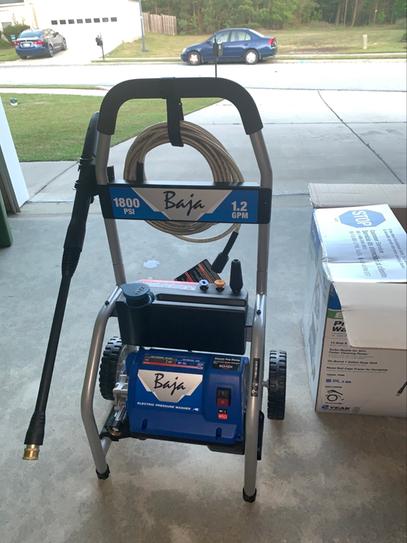 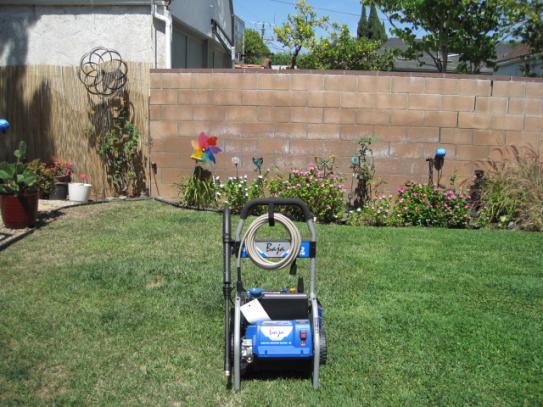 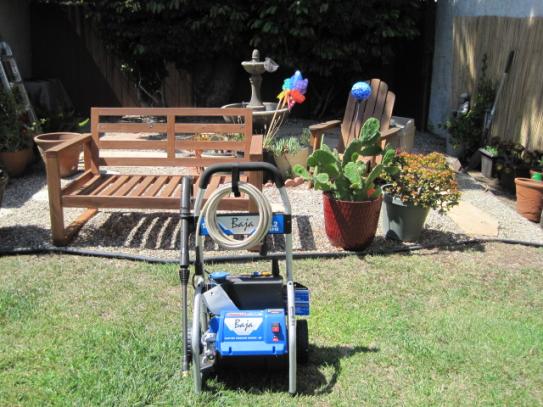 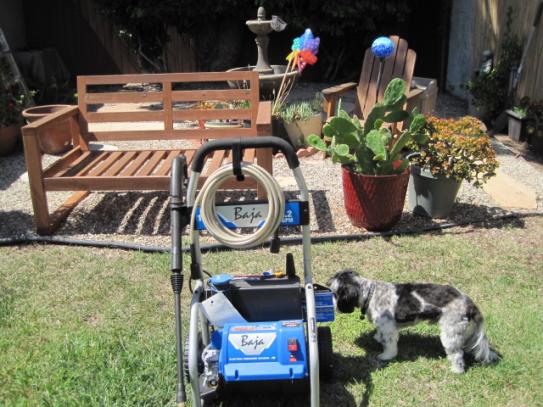 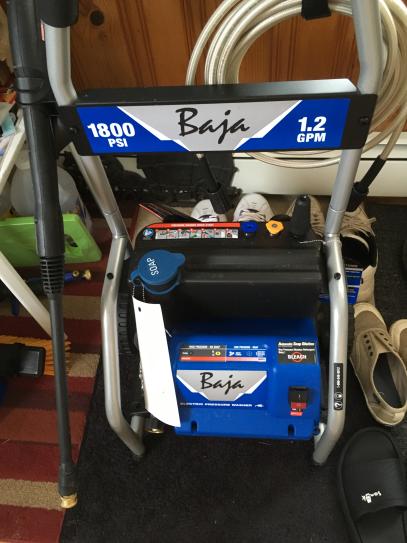 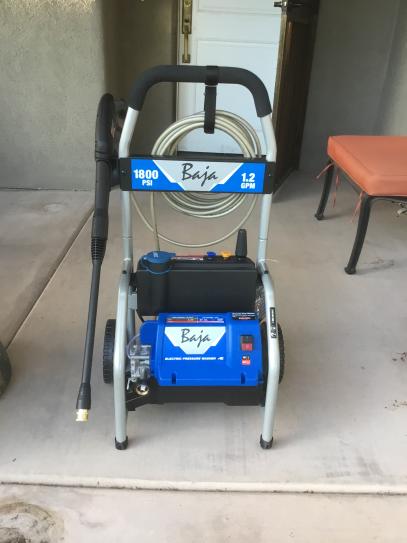 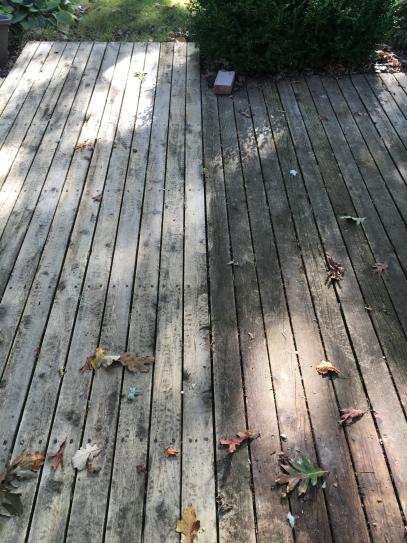 This is my first pressure washer, but not the first time I've tried to rehabilitate a wood deck. I tried this pressure washer on an old deck that has not been cleaned or maintained for at least a few years, as well as on a brick paver. The washer is rather straightforward to use, though there are a few minor procedures that the instructions say to follow, stating that failure to follow these could cause damage to the unit. These included allowing water to flow through the unit with no attachments and with the motor off. Not a big deal but shows that one needs to read the instructions before using. The unit comes with three heads, one is for soap and results in a low-pressure flow of water, a "15 degree" head that gives a bit higher pressure stream, and a "turbo" head that gives the highest pressure as well as a slight circular motion to the flow. There is also a soap tank, which is easy to fill but there is no way provided to switch the soap flow on or off, nor a means to empty the tank without using up all of the soap (this feature would have been nice to have). I first tried the unit on the old wood deck following the instructions and using the soap head. This gave a nice stream of soapy water (I used soap specifically intended for wood decks and pressure washers). I then rinsed this off, and it did not seem to do much to the deck. I ended up switching first to the 15 degree head, but then settled on the "turbo" head to finish my work. Though the instructions seemed to not recommend the turbo head, this gave me the best results and removed the buildup on the deck. I am sure that I was slightly abrading the surface of the deck, but for this sort of work this was desired. This quickly brightened up the deck and gave me much cleaner looking wood. This time I was just trying to remove the bad stains, but in the Spring plan to re-stain the deck: in that case I think I may forego the soap in the unit, and instead will lay down a stripper using a separate sprayer, then rinse the deck with the turbo head using the pressure washer. The photo I provided shows side-by-side the pressure washed area to what I had before. It definitely needs more, but great start. Again, the deck was probably not maintained in years though it is still structurally sound. I also tried the "turbo" head out on brick pavers. This cleaned the bricks very well and much more easily than on the wood. The bricks also suffered the years of neglect like the deck. The cleaning brought out the reddish hue of the deck, removed mildew and stains, and even blasted off the weeds growing in between. This application is ideal for this unit. In summary, I like this pressure washer, though it seems to have not as much power as I would have thought. Gas driven washers likely have a lot more power. However, this unit seems to be just fine for most household uses and I like that it simply plugs into the wall. One complaint though is that I was forced to use an extension cord, since the GFCI included on the plug prevented me from plugging the unit directly into my exterior outlets. This is going to be a common problem since Code now requires the fully enclosed covers for exterior GFCI outlets. The GFCI should instead be placed on the unit itself rather than the cord.

Pros Easy to Store, Easy to Use, Good Size & Weight, Light Weight Cons gfci in plug gets in the way, no way to shut off soap or drain from tank

I was happy to see how easy the washer was to assemble. I used the pressure washer to clean the side of my home/building that became a mess after the construction of the new house next door. I purchased special soap for pressure washers. I selected the low pressure head,ideal with soap and found it just enough pressure to do the cleaning job. I plan to next clean large flat stepping stones using the next level head for more pressure. The three heads make it ideal to find the best pressure needed.

3 out of 3 people found this helpful
more details...
By: HomeDepotCustomer

Impressive pressure washer. Assembly was easy and straightforward with the exception that one push-pin button on the handle would not extend through the hole on the frame. I resolved this by slightly enlarging the hole on the frame using a metal file. So far I have used the washer to clean a portion of my front porch. Using the high pressure nozzle it did an effective job of cleaning. It does not, however, remove stains on the concrete. The instructions caution against the use of some chemicals in the soap tank, so I’m not sure if i can use a concentrated concrete cleaning agent or not. Overall it is a very cleverly designed pressure washer and the long power cord, wand and pressure hose store neatly on the unit.

Pros Accurate, All In One, Easy to Store, Easy to Use, Good Size & Weight, Powerful

Tucson, Arizona
65 or over, Male
2 out of 2 people found this helpful
more details...
By: Randy1

The 1800 PSI 1.2 GPM electric pressure washer is a great tool. Not too difficult to put together, it was mostly already done. Came packaged very well. Used my new rough orange push broom to clean my cement patio, then hooked up the power washer. It was not hard to do but I did concentrate and was able to get my patio very very clean. I'm adding a picture of the cleaner and will try adding a picture of the difference in patio surface. It was not possible to get the cleaner in action with no one to take the picture while it was in use. However I would recommend it easily.

Toms River NJ
65 or over, Female
1 out of 1 people found this helpful
more details...
By: Rose

This is my first ever pressure washer! I got it on sale for $119 tax! I bought it to clean the sidings of my house and my car. Took all of 10 minutes to put together! I believe I won’t be disappointed!

1 out of 3 people found this helpful
more details...
By: LuxE9

Not very powerful but gets the job done for patio cleaning.