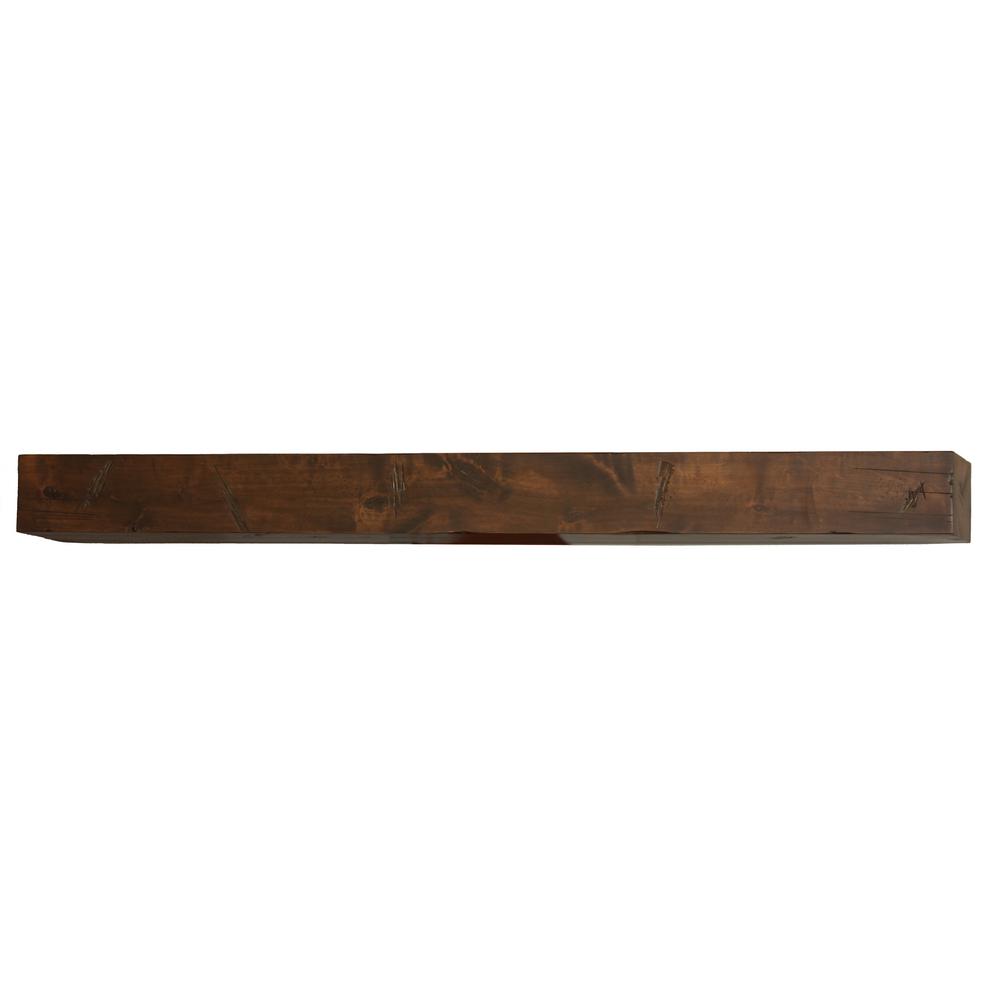 Hover Image to Zoom
72 in. x 6 in Shipwreck Wood Cap-Shelf Mantel
by

Good quality and a big improvement over our old mantel, but you will be disappointed if you were ...
September 3, 2019
Quality :
4
Seeds Program Review
(What's this)
Good quality and a big improvement over our old mantel, but you will be disappointed if you were expecting a solid piece of “shipwreck” timber. It is actually a nicely constructed and finished 6-sided box, with the rear open for ease of installation. The joints are well-disguised and not visible on the front – see attached photos for detailed views. Decorative “gouge” patterns are applied at random places on surfaces to provide the “shipwreck” character. Installation would have been easy – IF included instructions were correct! But in fact they are misleading and outright incorrect in some places. The mantel is quite light and is supported on the wall by first attaching a long piece of wood (“cleat”) that is beveled on the wall side, onto which the mantel is lowered (it has a complimentary bevel on its inside.) The mantel is secured to the cleat with 3 screws inserted down through its top. First hint: Make sure you measure carefully and mark the wall accurately – particularly if you need the installed mantel to be flush with the top of a protruding hearth wall, as in our case. Second hint: Mark a line for the BOTTOM of the cleat, not its angled inside edge that is hard to see when positioning the cleat against the wall. Third hint: Hold the cleat up against the wall where you have marked the stud locations in order to transfer those locations onto the cleat to drill the pilot holes. Fourth hint: Mark the horizontal line on the cleat for drilling the pilot holes ¾” from the bottom of the cleat (not 1 ½” from the top.) Fifth hint: Have someone hold the cleat in position on the wall with its bottom lined up with the marked line for its bottom, while you drill to extend the pilot holes through the cleat, into the wall. Then, while the cleat is still held in position, install the screws to secure it to the wall. Sixth hint: Use 3” deck screws for securing the cleat to the wall, reserving the included 3” brass-finish “Anchor Screws” (that the instructions describe as 2 ½”) for securing the mantel to the cleat. Seventh hint: Pre-drill and countersink 3 equally spaced pilot holes on top of the mantel, about 0.4” from the rear. Note that these will go through both the top member of the mantel AND the attached beveled piece. Eighth hint: Since the “Mantel Screws” (that attach the mantel to the cleat) need to go through both the top member of the mantel AND the attached beveled piece, make sure that you use the included 3” “Anchor Screws” for this. The included “Mantel Screws” are only 1 ¼” and are not long enough to reach the cleat. Ninth hint: After drilling the holes for the mantel screws, screw them into the mantel until their points are barely visible, but not extended past the interior beveled surface. Then lower the mantel onto the cleat, have someone hold it in position securely against the wall while screwing the mantel screws all the way into the cleat. The screw heads should end up flush with the mantel surface inside the countersunk holes. I hope this is helpful in you getting a great, attractive mantel installation.
Pros: Looks Great, Stylish
Cons: bad instructions - wrong or misleading, wood is fairly soft - don't ding it., wrong screws included
Was this helpful?
3
0
Bobuhlooey
Fairdale, Kentucky