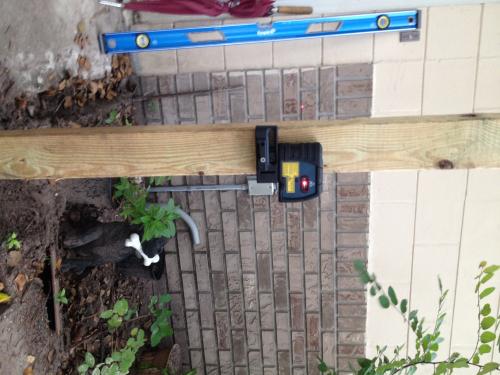 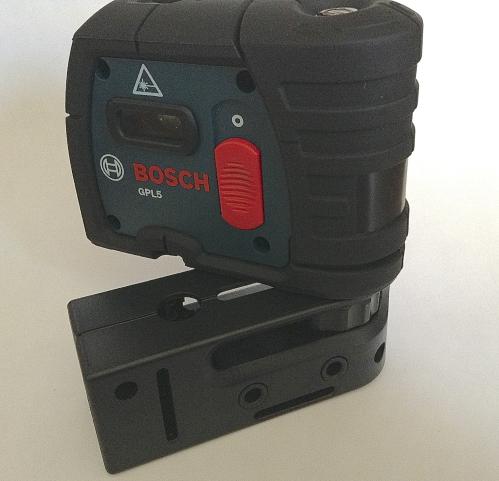 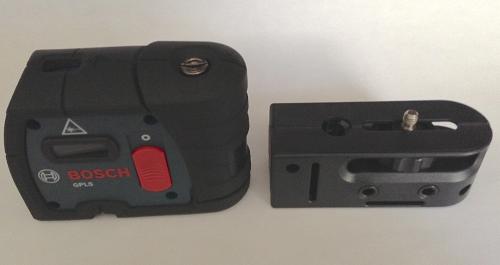 This is a great tool. I used it to keep my fence strait and true. I placed it on the corner so I could get two angles at once. It worked great. I also used it for the grade. A very nice tool. I wish I would have had it when I framed out the new room. It would be great for that application. Very well built and easy to use. They are being used on most of the construction sites I'm working on for framing and running pipe.

Central Florida
25 to 34, Male
3 out of 3 people found this helpful
more details...
By: NixTools

Previous reviewer is right, the beams are not the brightest you can find. I have seen a bunch of different point lasers over the years and there are some out there that will give you a better laser dot for sure. But they're still plenty bright and I love this one because it's so small I can carry it with me at all times and that to me matters more. I also like the fact that it locks when you switch it off, they say it will help it keep its accuracy over time. All in all an excellent tool, I have used point lasers for a while, saves me from doing all those 3-4-5.

It might seem imposing but is actually extraordinarily easy to use. Literally put batteries in, turn it on, and set it down. It does the rest. I've already used it to test the levels of existing materials, and can't wait to use it for laying out lines for new construction. I'm not sure about all of the accessories but other users may find them all useful. An adjustable tripod would be a useful addition later on, and the threaded hole in the bottom is already set up for one. All in all a useful little measuring tool to help contractors, inspectors, engineers, and regular homeowners make sure your lines are plumb and square.

Pros Easy to Use, Accurate

California, USA
25 to 34, Male
3 out of 3 people found this helpful
more details...
By: WilsonConstruction

The lasers on the leveler makes any job much easier. As we have been hanging a lot of pictures lately, the self leveler has been super handy and has made the job much less of a hassle than it could have been. I love the fact that it has a magnetic hold. It truly is a nice touch to the product.

Pros Durable, Easy to Use, All In One, Sturdy, Accurate

Pros Durable, Easy to Use, All In One, Accurate, Light Weight

NH
55 to 64, Male
1 out of 1 people found this helpful
more details...
By: HomeDepotCustomer

Someone put a lot of though into the "multi-purpose attachment" for this laser. It will let you mount using most tripods. It has magnets to let you use the side or top of metal equipment or structural supports. It has screw holes with a spacer to let you mount to drywall or wood. You can also strap it to a pipe, or similar sized material, with strap slots for both vertical and horizontal mounting. The laser itself works well for laying out walls, determining height, and plumbing up/down. It has a beam on all axises, except going out the back. (The battery compartments prevents going in that direction.) With each beam at 90 degrees from the next, it is great for laying out corners. Another nice feature is that the laser runs on 3 AA batteries. So there are no expensive batteries to keep around as spares The beam will flash slowly when you have less then 8 hours of battery life left.. About the only down side to this laser is that it isn't really bright enough to use outdoors. It is almost impossible to see where the beams hit is bright sunlight. This is unfortunate, as I was hoping to use it to lay out the base for my new shed. But it is doing a good job of helping me lay out my workshop walls. As long as you are close to level, the laser will level itself for you. It flashes if it is more then 5 degrees off level.

This is the first 5-point laser I have used and I have no complaints. The pendulum lock is one of the best features on this tool. Needless to say how much time it saves me.

Bosch Laser level, GPL5S. (SKU 1000010441) from Home Depot. This product was supplied by Home Depot through the SEEDs evaluation program. The Laser level is about 4.0 inches long, and about 1.6 inch wide, and 3.0 inch high. The level with batteries weights about 8.8 oz. (Without the adapter base attached) The laser level is powered by three AA batteries, comes with a carrying case that will fasten to a belt for carrying. There is also a mounting base that screws onto the base of the Laser level. The mounting base is a adapter, that has magnets, and slots for a mounting strap. This adapter can be used to attach the level to different surfaces for setting up a reference beams. They also supply a target plate for in spotting any of the five beams. The Laser level projects five beams, covering three planes, X,Y, and Z. There is a slide switch that turns on the laser, as well as locks the beam mirror optics from moving when in the off position. On the bottom side there is a threaded hole for a 1/4-20 screw, so that the level can be used with a standard camera tripod. The laser level is designed to be “self-leveling”, that is the five beams are projected from a reflector assembly that is suspended inside the laser housing like a pendulum. The Bosch laser level carries a two year Warranty. The level is designed to be used as a reference for construction projects. When installing walls and partitions, or any object that needs to be level, square to another object, or perpendicular to floor plane. I have used these levels for installing cabinets, and shelves, and for aligning pictures on a wall. The user manual goes into detail about how to check the calibration of the level, and how to adjust it if needed. I haven’t seen this type of detail in other product manuals, nice of Bosch to include this information. I did run a quick check of the calibration based on the information in the manual, and found this unit to be calibrated right on. The level seems to perform quite well. The only thing that I found amiss, was the adapter base that comes with the laser level. The one I received was not flat on the bottom, so if it was attached to the laser level, and placed on a flat surface, the whole level would “wobble” like a chair with one leg too short. Investigating this, revealed that the adapter was constructed of two plastic halves, that when assembled, they did not line up flush on the bottom and top sides. This produced a offset at one end of the assembly. The “bottom” of the laser level assembly without the adapter attached was fine. Observations; The easiest way to make use of these type of levels is to use them with a tripod. There are 1/4-20 threaded mounting holes in both the level assembly, and the adapter attachment, which attaches to the base of the laser with a 1/4-20 screw. In use, the laser beam spot does diverge as the distance from the level increases. At about 35 feet I noted a beam spot size of about 1/2 inch. If projected out to a 100 feet this would probably be about 1.5 inches. I would have liked to have seen a smaller beam spot, no more than 1/2 at 100 feet. In cases like this, you would have to estimate the center of the beam for your measurements. The manual spec’s the maximum calibration deviation to be 9/16” at 78 feet from the laser. So, if your beam spot is as large at the calibration limits, there is some question as to what the real accuracy is. In actual use, I would suggest that the center of the spot would be the most accurate to measure to. Better collimation of the laser beam would help. As with any alignment laser tool, when used under brightly lit conditions the laser beam, or spot is very hard to see. To aid with using this this level under these conditions a target plate is included with the level. The target plate has magnets to allow it to be placed on steel framing studs or other metallic locations. This would be handy in aligning metal stud partitions. There is also a strap that is included to be used with the adapter base, so that the laser could be mounted on odd shaped objects, such as pipes, or wood posts. Except for the two items I noted above, the laser level seems to perform quite well. I hope this information is helpful.

Pros Easy to Use, Good Size & Weight, Light Weight, good warranty, self leveling Cons beam spot could be smaller, adapter base not flat

Florida
65 or over, Male
7 out of 9 people found this helpful
more details...
By: BobC

I used this once over the summer after my PLS 5 finally died. We use it in place of a plumb bob to plumb the walls in new construction. I noticed that the beam was distorted and it was necessary to guess at center, whereas the PLS had an obvious center of dot. Well, i just tried to use it again and the vertical dot is so distorted that the tool has been rendered useless. I bought the same unit for my dad when I bought this one and his has the same malfunction. When it stops raining I plan to make a YouTube video in which I smash both with my 20lb sledge hammer. I do not plan to try warrantying them because the policy states that repair will be the only remedy, and my time is more valuable than that. My Bosch dishwasher died in 14 months also. This company has gone downhill big time. I blame Angela Merkel.

3 out of 5 people found this helpful
more details...
By: Homebuilder

Well, I tried using this laser and got a bit frustrated because I always wished out of the box that it had a cross line instead of a dot. For the money, it should at least have a horizontal cross line. It does not work as I want it to for my line of work so I may have to trade down to a cross line. if you want any kind of plane line to use for setting cabinets or level trim etc. you need to twist on a tripod and mark your dots to get a line to set to...you get the idea, right?!!! For that, I'll just use my expensive bubble level on the wall...that's what it's for. About the only thing I can imagine it would be good for is placement of can lights based on specific features like islands, flooring details etc. So, with all that said, the construction is just OK and the battery compartment is less sturdy than I'd like it to be but I guess it works. Do yourself a favor, spend a little less and buy the cross-line laser...for the most part, this one seems a bit pointless.