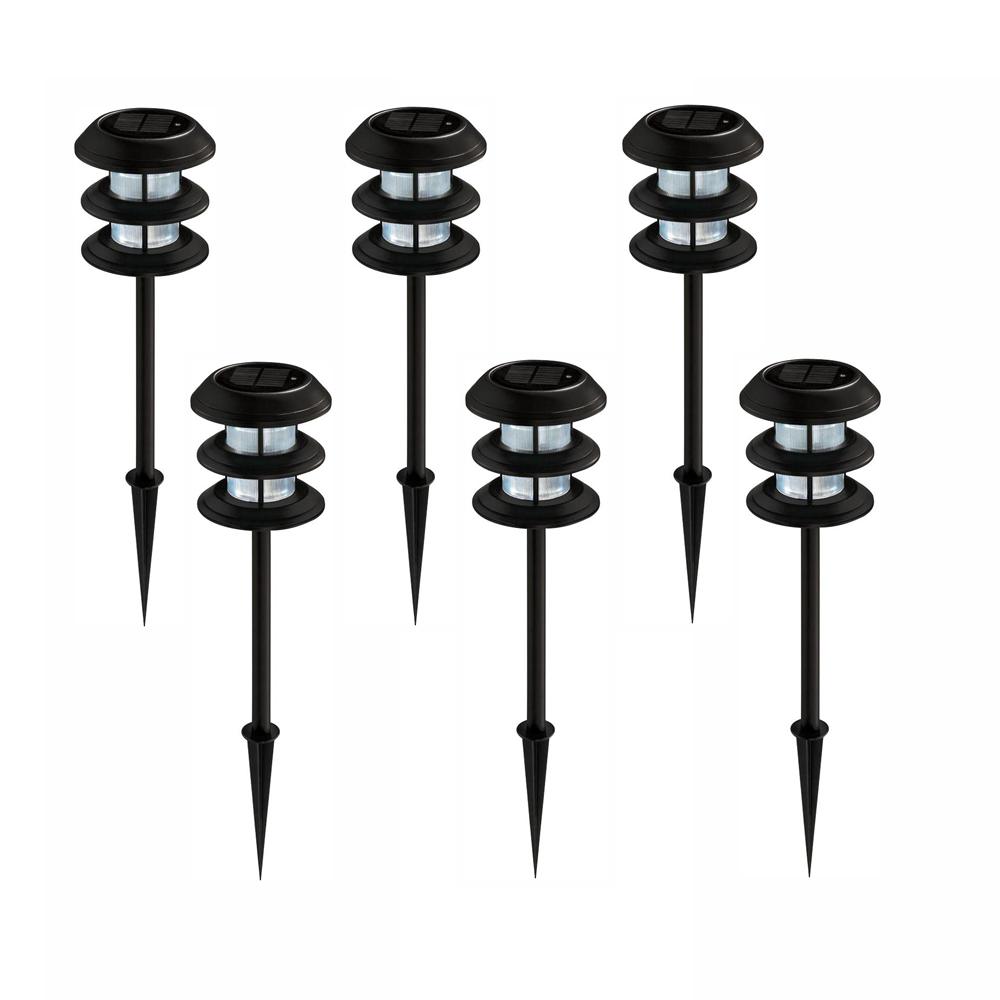 Brighter than expected!
June 6, 2015
Appearance :
4
Quality :
4
Value :
5
Ease of installation :
5
I just installed them today so I don't know how long they will last. If I get 1 year I guess its worth it but 2 would be better. It's nice there is a battery that you can change if it malfunctions. The ones from years ago never had that. They are made of plastic and light tin "aluminum". Very easy to install. The pics I uploaded doesn't give then justice but it was pitch black outside and before they were installed you couldn't see in front of you but now it lights up like a nice full moon night with bright distant stars in the yard. lol I would've gave it 5 stars across the board but as I said I just installed them and while you can tell they are of cheaper material (hence the cost), plus not sure on the longevity of them. Out of 6 boxes- 36 lights, they all worked right out of the box. Cheers
Pros: Easy to Assemble, Eco-Friendly, Very Bright, Nice Design
Was this helpful?
3
0
Statue
New Jersey

Reasonable price for great quality
May 19, 2015
Appearance :
5
Quality :
5
Value :
4
Ease of installation :
5
I ordered 2 sets and am tempted to order a third to complete our yard. Based on the other reviews for this product on Home Depot, they last for years. If you want to avoid bending or breaking your lanterns when you position them in the ground, esp. with hard soil/ dirt. Try to stick the pointy plastic tip piece in the ground first (w/o the pole/ lantern attached). You can gently tap the pointy piece down with a piece of wood (so you don't crack it) and then attach the assembled pole/ lantern when you have your desired position. Place them where the sun shines all day, if you want these to stay lit all night (8+ hours). I have one lantern in a shaded area with little sun, so it wasn't as bright as the others. I'm planning to position it in another area. If you assemble the whole thing at once, it's a challenge to position them in the ground, if you have hard soil.
Pros: Easy to Assemble, Well Made, Unique, Looks Great, Very Bright, Nice Design
Was this helpful?
5
0
Robert
Oak Bluffs, MA, USA

Durable and weather resistant
August 21, 2013
Appearance :
5
Quality :
5
Value :
5
Ease of installation :
5
I have been making "solar powered" lighthouses for many years and this garden light has worked best for me as the top section of the lighthouse. Please check my photo attached. Use your imagination, garden lights don't always have to go in the garden.
Pros: Looks Great, Very Bright
Was this helpful?
35
0
John
MA

Brightest and most reliable, but...
May 21, 2013
Appearance :
1
Quality :
4
Value :
2
Ease of installation :
3
I have several solar lights, from Hampton Bay to the cheap ones you get from the "Lot Stores", and hands down these are the most reliable, brightest and stay lit all night long. That having been said, they also have severe surface issues after only one year. The fake copper plating is peeling & blistering bad, which is the only reason for the 4 stars. Now the good news, I tore them all apart, threw away the bodies, and kept the solar light/panel portion. Then purchased a bunch of cheap mason jars, sprayed them with spray frost, and put the solar panel on top. Now I have the best looking lights in the neighborhood !!! Picture included, now I wish I could buy just the light and panel part so I could make more.
Pros: Functional, Very Bright
Cons: Appearance, plating blisters after one season
Was this helpful?
24
0
OldGuy
Tucson, AZ, USA

This product looks and works good.
May 10, 2013
Appearance :
5
Quality :
3
Value :
3
Ease of installation :
5
I installed about 30 units around my back patio 2 1/2 years ago. I recently installed 8 more on top of the fence posts of my driveway. They recharge well but the batteries do wear out and are expensive to replace compared to the original cost. The Arizona sun tends to fade or tarnish the finish after 2+ years. They still look good and could be refinished easily. They emit very good light in a "target" pattern on the ground, pretty and effective.
Pros: Easy to Assemble, Functional, Well Made, Eco-Friendly, Looks Great, Stylish, Very Bright, Good Size & Weight, Nice Design
Cons: finish fades in sun
Was this helpful?
11
0
Gary
So far, 1 week in service, they are great. ...
January 15, 2021
So far, 1 week in service, they are great. Time will show whether they continue to perform well.
Was this helpful?
0
0
Review this Product
Share your thoughts with other customers