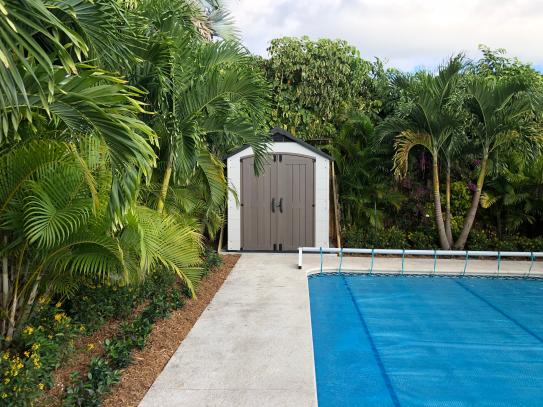 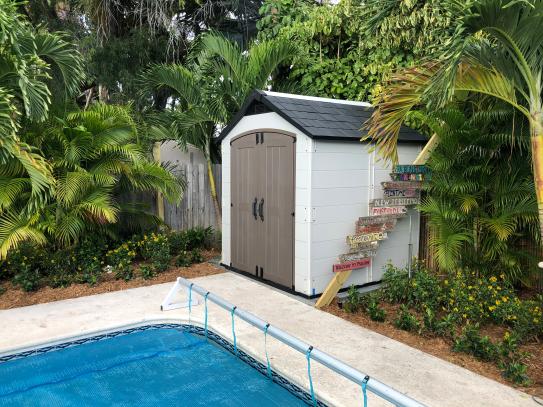 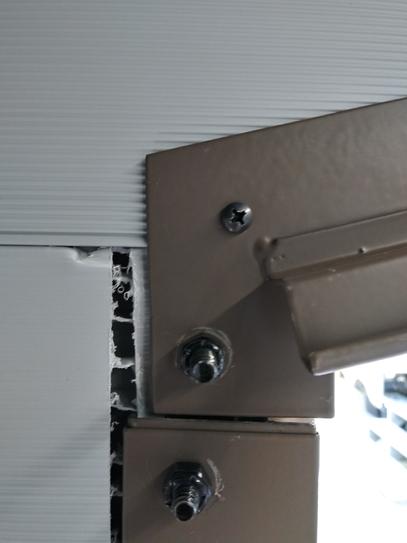 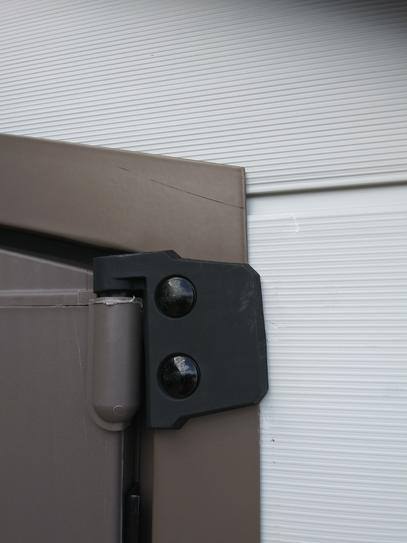 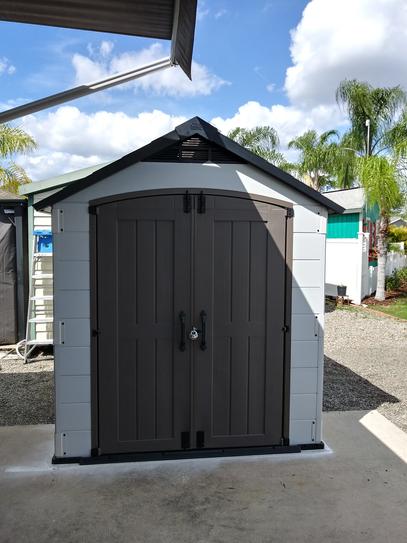 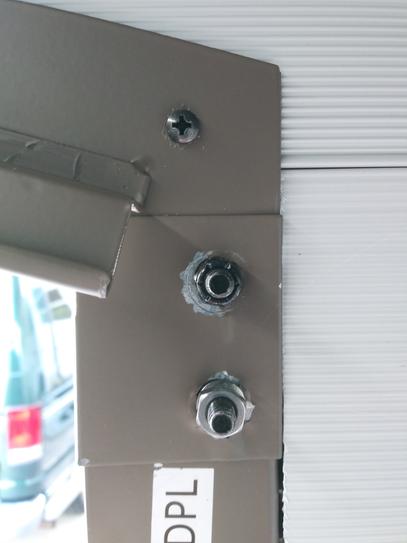 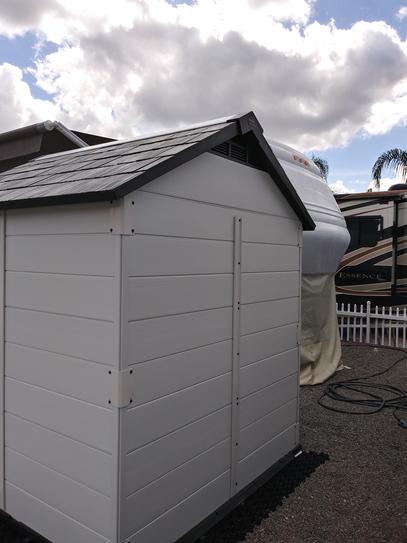 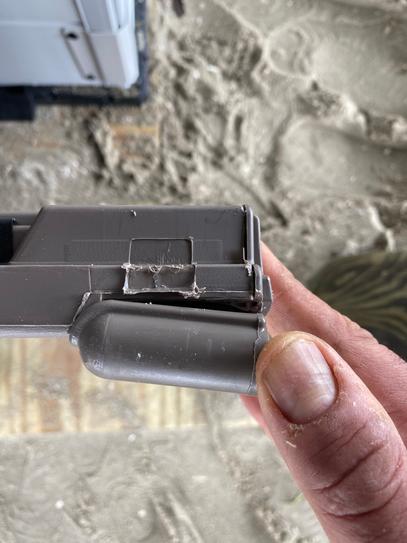 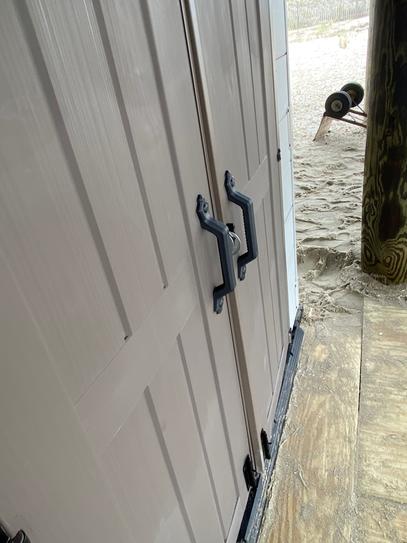 Directions were easy to follow, shed looks nice. It took two adults about 6 hours to put together.

6 out of 6 people found this helpful
more details...
By: Tracy

I have to give this a 5 star rating. Very sturdy and nice looking. This shed is rated for 180 mph winds; that is why I bought it. I guess we will see if installing it in the Florida keys works or not. The only damage this shed will sustain during a hurricane is damage to the panels from flying debris. This shed is not going anywhere. I waited until the shed arrived so I could build the base with blocking where the shed anchor points were. My wife and I installed it in a day. You must follow the instruction book. All pictures but easily understood. One major installation tip: Do not tighten the Allen bolts that hold the roof panels on. Before you do, check the sides of the shed for plumb. If your sides are plumb then tighten these bolts. If not, have someone pushing in the direction to plumb and then tighten. This will save you a lot of time when you go to hang your doors. Also make sure your walls are plumb before installing the top 4 corner angle brackets. The doors tend to warp a little when the hot sun is shining on them. Just keep in mind there is expansion and contraction with any resin or plastic shed. The 2x6's on the outside are a brace to keep my neighbors trees off my shed roof when the wind is blowing and are not part of the shed. I will send another review if it becomes damaged due to wind.

5 out of 5 people found this helpful
more details...
By: MA

Live in Pensacola. Looked for a storage shed that would withstand the temperature and winds. This is the one. Built a wood platform put it on cylinder blocks. Make some sort of base. The instruction manual is the best and takes 2 people put it together. It looks great and rock solid. Excellent!

4 out of 4 people found this helpful
more details...
By: AG

Bought this for my RV Park trailer space and it’s exactly what I planned for. Delivery company was good and on my schedule. I paid a couple of experienced guys to assemble it for me. Took them 4 hours as it says. Already tested by rain and high winds - thumbs up!

3 out of 3 people found this helpful
more details...
By: Recommended

I finished assembly this week, the first time I have done so using some mechanical inclination, experience, and average, common tools. The most important realization is that everything must be done accurately, no, perfectly. Do many inspections of conditions as assembly proceeds, do not hurry. It cannot be over-emphasized that whatever type of foundation you create, be sure that it is perfectly level and will stay that way throughout. Once all panels are inserted in the frame, check that all are level on top and even with each other. The tops of panels must be even with the corner frames. This will judge the levelness of your base. Also, make sure the walls and frame are plumb, that is, straight up and down, measured with your level. Check this again after completing each step, or group of steps. In my case, I found that the right door frame was not square with the top, rounded frame piece. It was about 1/4 inch off while the other side was perfect. My inexperience and artificial urgency caused me to ignore this observation and I rationalized that continuing construction would itself correct the misalignment, eventually. I rechecked the base leveling, too late at this point, and found it off in several places. I then made the base edges as level as I could using x number of weather proof, resin made shims. This did not fix the door frame problem as far too many bolts and screws were already holding the frame and walls sturdily in place as they were. So, rather than dissembling and starting over, which, in my judgement would not be smart, I simply used a rubber mallet with another tool to push (force) the top of the right side door frame leftward until the 2 bolts would both insert through the hinge and the holes pre-drilled in the top and side frame pieces. However, on the inside, the frame pieces were still misaligned so I could not install the small, metal holding piece, between them as intended, to keep the frame pieces aligned. (my intent is to keep an eye on that corner going forward!) Finally, the doors were somewhat of a problem to assemble and install. I am sure that the problems were somewhat due to the frame problem above, but in any case there will be some minor engineering tasks and tinkering around to make the doors fit, open/close, secure and lock properly as intended. Unfortunately, this is the last assembly step and if anything else done before is off as much as 1/8 inch, the rest will not go well. So read this again until you get it! On the upside, I am very happy with the resulting shed. It is extremely well designed, structurally, and also has a very attractive appearance. Be aware that the majority of fasteners are screw type and most of them will not seat (tighten), even at the lowest drill torque setting, because the material is too soft to grab tight, so the screws just keep turning and do not seat well. This is true with most, but not all, of screws but most of those are only to hold pieces on before better securing with bolts and nuts so I didn't worry about it. Some pictures of the finished unit are included here. It would be wise to follow the advice in another review to not tighten the roof frame bolts, or install the top corner brackets, until the end which would make some final adjustments easier, if needed. My advice to the brave-hearts among you: Go for it, and best of luck! Do it right and you will not be disappointed.

3 out of 3 people found this helpful
more details...
By: HHD

Easy to put together, all of the metal brackets make it very sturdy too. There is lots of drilling required, so a cordless drill is a big help.

2 out of 2 people found this helpful
more details...
By: HomeDepotCustomer

Took two Experienced male workers, who were Complete total strangers, almost 19 hours to construct, even when using multiple awesome electric/also manual tools... Weather conditions at time was: 34 degrees, cold, no Wind..phew! Looks good. Claims to be windproof to: "155 mph/nautical wind speeds/gusts..! I'll upload a clip of this shed during a hurricane sometime in future, metthinks..(•‿•)

2 out of 3 people found this helpful
more details...
By: Rob

I bought this shed from Home Depot. It uses stackable tongue/groove system. The back side triangle section was on correct as younger was facing down. Roof panels and Doors are made of blown molded plastic and the are crooked. The plastic so cheap that hinges broke after 3 uses!. Customer service is non existent. I got to talk a rep after 3 days of being on hold for 90 mins, the rep would not help and you have to submit a request online and you ll get a case number then that’s all... silence.. you do not hear back and you can not check status. Save you money . time and frustration.

2 out of 3 people found this helpful
more details...
By: TheEngineer

Directions were not easy to follow. Some parts came bent. Finally got the shed built but would not buy again.