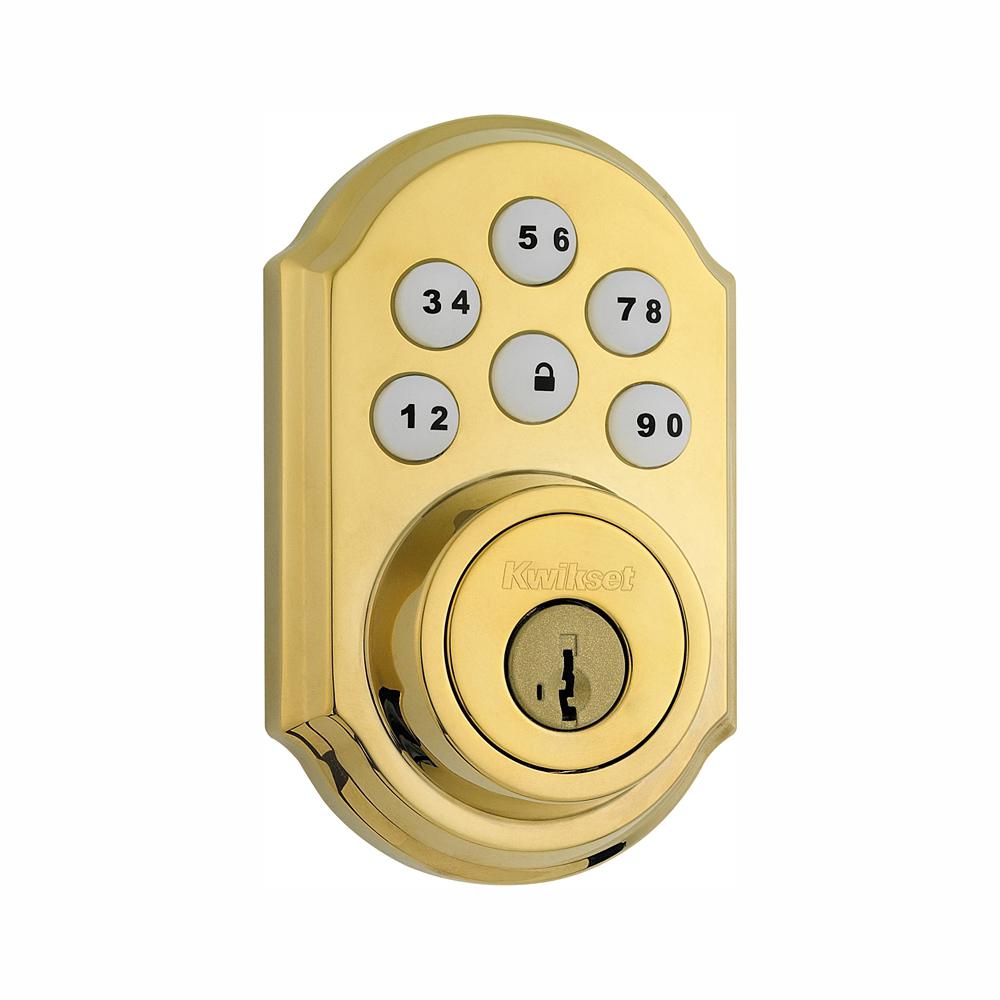 (4)
Sort By:
Zee
Nashville, Tn.
Excellent product service
April 28, 2019
Customer review from
I recently had trouble with my smartcode product and was unable to realize a solution with the information that I had through the instructions. I found a customer care phone number in the instructions and placed the call. My smartcode deadbolt had been installed for a year and a half. After troubleshooting with a service technician over the phone I was informed that the lock mechanism was not repairable. I explained that I am the owner of another unit which has been in service at my home for over 4 years. The service tech then told me they would replace my lock as a one time courtesy. I was ecstatic that they would do that and the product arrived in approximately a week. I am certainly glad o made the call and my new deadbolt is working flawlessly. Thank you Kwikset. [This review was collected as part of a promotion.]
Was this helpful?
0
0
Waggs
Install was pretty simple, even for someone who has changed only a couple of locks before. I hav...
December 21, 2017
Install was pretty simple, even for someone who has changed only a couple of locks before. I have it integrated with my SmartThings Hub. Works any where with me utilizing the SmartThings Hub. Automated lock and unlock when I come home, or leave. I have a visitor code for my neighbor to use when I often go out of town so they can check on things (packages, water in my basement, etc). I have had it for two months without any problems. I'd recommend using the more-expensive lithium batteries in this unit, as they last substantially longer (on the order of 4-5x) than the garden-variety alkaline batteries.
Was this helpful?
4
0
39Ford
Lubbock, TX
Great entrance system
May 24, 2015
Customer review from
Have a double main entrance system, this unit is the first door entering from the exterior to an entrance sitting area with a second electronic dead bolt without wireless technology on the second entrance door from the sitting area to house entrance. Double system and not requiring keys at each. Easy installation and trouble free use.
Was this helpful?
0
0
Ibheisey
Manheim, PA, United States
EASY TO USE AND INSTALL FOR THE DYI
April 16, 2015
Customer review from
I have been using it for almost a year and I like it very much. I have the Wink hub and it works seamlessly with that as well. I also like the fact that you can program multiple codes for the kids to use, etc. And let's not forget how fun it is to show your friends how you can lock and unlock your door remotely.
Was this helpful?
0
0
TJHooker
I own this product and bought it at Home Depot but not online. Actually, I have three of these b...
January 11, 2020
Quality :
1
Value :
3
I own this product and bought it at Home Depot but not online. Actually, I have three of these but this is the only Z-Wave one. That said, my other two have worked fine for the most part. If they try to lock and can't (door adjar for example) it tries a few times and then puts out a long beep. This one does the same, sometimes. The other times it just keeps trying. In my case, partly into the catch plate so it's not possible to open the door, but it will just keep trying, until the battery runs out. Obviously this is partly what you expect given the amount of outsourcing and cost reductions but this is a change from the other two, and in my case a really bad one. Good thing I had a key handy, cause otherwise I'd be locked out. To get it to stop I had to get inside and pull the battery. I manually threw the deadbolt, and while there was a little more resistance than none, it's not as much as my others take care of daily. I think the quality has gone downhill on these.
Was this helpful?
0
0
Steve
Didn’t work for me
December 19, 2019
I was very excited to buy this lock and be able to control it from my phone. The installation was easy and it did work for the first several hours. After that it disconnected from the hub(ADT pulse). I had to go through the set-up process again, but after a while the lock just kept disconncting from the hub. I contacted Kwikset support and they were very helpful and sent me a replacement. Unfortunatelly after it was installed, it experienced the same problem. At this point I gave up and bought a Schlage lock. The new lock has been on for about 8 months and never dropped connection from the hub. My advice is to think twice before buying this lock if you have an ADT Pulse hub.
Was this helpful?
0
0
Alice 29
Albuquerque, NM
So handy
May 23, 2019
Customer review from
I’ve had the SmartCode 909 for a little more than a year and I really like it. You can come and go without carrying keys with you. I always keep the doors locked. There is a lot of crime in the city I live in.
Was this helpful?
0
0
AJ1
Rocklin, CA
Love it
April 27, 2019
Customer review from
I love the convenience of having a keypad and not have to carry key all the time [This review was collected as part of a promotion.]
Was this helpful?
0
0
HomeDepotCustomer
Nice update to old entry handles...
February 26, 2019
Nice update to old entry handles
Was this helpful?
0
0
Jennifer
We love our new lock...
February 5, 2019
We love our new lock
Was this helpful?
0
0
Review this Product
Share your thoughts with other customers