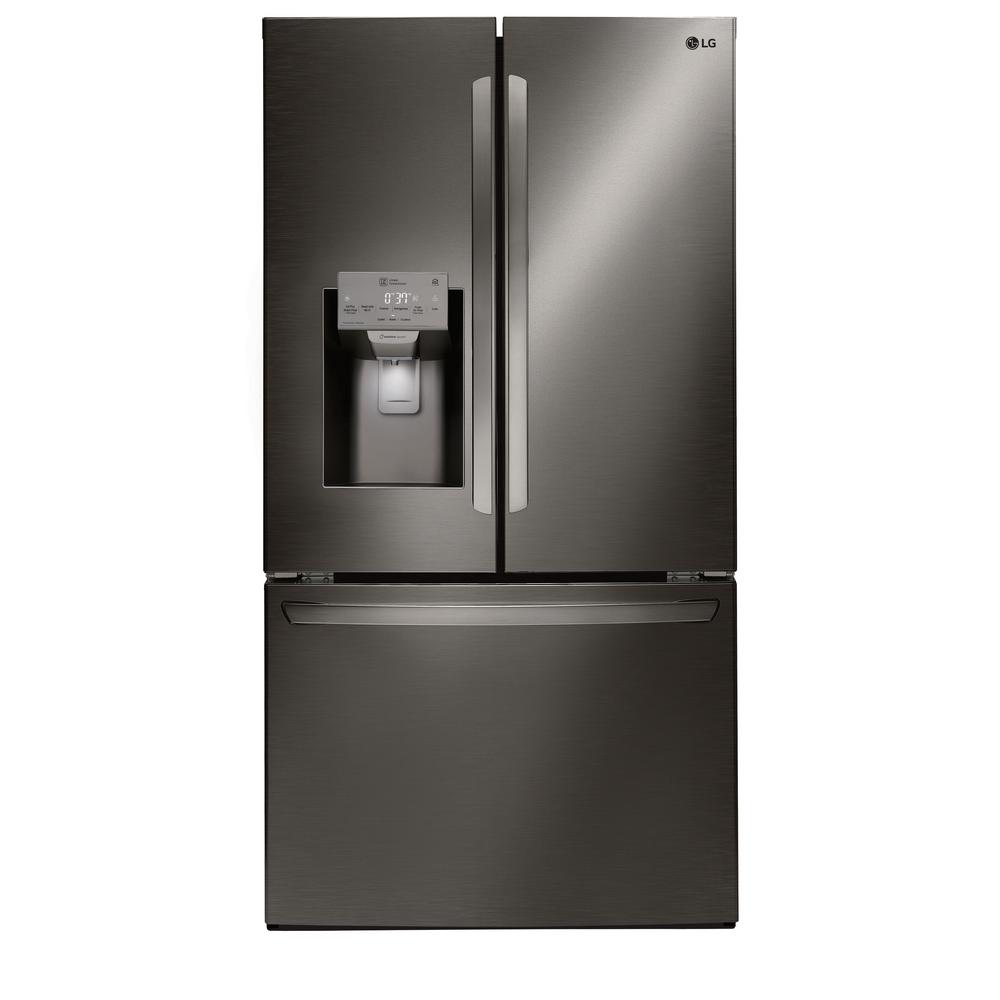 (58)
Attribute Ratings
EnergyEfficiency
3.3
Features
3.0
Quality
2.3
Value
2.2
Sort By:
Mreinders
Great Fridge! Amazing insulation!
September 8, 2020
Features :
4
Energy efficiency :
5
Quality :
5
Value :
5
We purchased this fridge last year. Last night we lost power until this morning (13 hours total). We left the doors closed the whole time. When power was restored, i opened the doors. Everything in the fridge was still cold. Everything in the freezer was frozen solid. The ice cubes had not even begun to melt! Incredible!
Was this helpful?
3
0
Earpman
So far so good. Very pleased with the appliance.
May 5, 2020
So far so good. Very pleased with the appliance.
Was this helpful?
2
0
ADAMAR
Wow! This works so quietly! We basically were sold on...
April 7, 2020
Wow! This works so quietly! We basically were sold on the slim design of the ice maker unit contained within the door space. Looks great and holds so much food. Love love love it
Was this helpful?
4
0
Alexis fridge
Orlando
Spacious
January 29, 2020
Customer review from
Just upgraded my appliances and they look great. The refrigerator is very spacious and well lit. Theres enough room where everything is visible and easy to grab.
Pros: Style/Design, ease of use, Quality
Was this helpful?
0
0
scole68
Maryland Heights, MO
We've had some issues
November 11, 2019
Customer review from
I bought this refrigerator on July 3rd 2018 from Lowes. They didn't have the black stainless in stock and had to special order it, they said two or three weeks. It didn't get delivered until October. Didn't mind as my main concern was Thanksgiving and I had it in plenty of time for that. Around December we noticed water on the bottom drawer every time we opened the left door. At first I attributed it to kids spilling. Well the kids went back to school and it was still happening. Called and a repair man came out the next week. The water hose was loose. Ok, no problem, fixed. Then starting in August we noticed water leaking again,this time a lot more, and in addition I had some white plastic pieces in my cup when I got ice. Now what? Well after investigating I found plastic that the ice is formed in is broke and has a hole in it. Had to turn the ice maker completely off to stop the water from going everywhere. Called for service. Well since I had purchased in July my warranty was up I was told. But I didn't receive until October I said. Asked if I had proof. Well, no not of the delivery. So I called Lowes. The store I bought it from was now closed and no one has record. Somehow LG has record of the order, when it was purchased yet no record of when they sent it out. Remember, this was a special order, it came right from the factory. So now six plus weeks of trying to get this repair covered I am buying the part myself and having a repairman come to install it. Great. spent over $2k and now another $300 less than a year later. However, what prompted me to write this review, water is leaking again.
Pros: Style/Design
Was this helpful?
0
0
Response from Customer ServiceNovember 11, 2019
We hate to see that you've had multiple issues with your refrigerator and that you're having a hard time getting it repaired. We'll be happy to take a look and see how we can help get this completed for you. Please take a moment, at your convenience, to contact us directly via Twitter @LGUSSupport or Facebook https://www.facebook.com/LGUSA/ ^CP
Neds
Forest Hill, Md
Excellent upgrade!
September 1, 2019
Customer review from
Took delivery about a month ago we couldn't be any happier. Love the features plenty of room and a huge freezer. Looks awesome in our kitchen.
Pros: Style/Design, Features/Settings, Quality
Was this helpful?
0
0
Jill
Very sleek looking and spacious refrigerator. I love the layout of the inside of both the refrige...
July 23, 2019
Very sleek looking and spacious refrigerator. I love the layout of the inside of both the refrigerator and freezer. The only issue we have is that the doors kind of slam when you shut them.
Was this helpful?
3
0
ARDRM
ME.
VERY ROOMY
July 14, 2019
Customer review from
BEST FRIDGE I EVER OWNED.WOULD RECOMEND TO ANYONE TO GET ONE.
Pros: Style/Design, ease of use, Features/Settings, Performance, Quality
Was this helpful?
0
0
FernieG
Palmdale Ca
Looks very good, works well so far and very quite.
July 10, 2019
Customer review from
Very nice and elegant. Spacious and easy to organize. Freezer has plenty of room.
Pros: Quality
Was this helpful?
0
0
penny
Its a nice Large refrigerator - fits a lot. Looks nice. Opening the bottom drawer is a pain becau...
April 30, 2019
Its a nice Large refrigerator - fits a lot. Looks nice. Opening the bottom drawer is a pain because you need both doors open - no big deal. It is still running fine but I've only had it a couple weeks and that's too early to tell how it will behave over time. Not really fingerprint proof, maybe fingerprint deterrent... Water inlet is at the bottom left in back (when looking at the front of the fridge) and was somewhat far for my water line to reach but was doable.
Was this helpful?
6
0
Review this Product
Share your thoughts with other customers