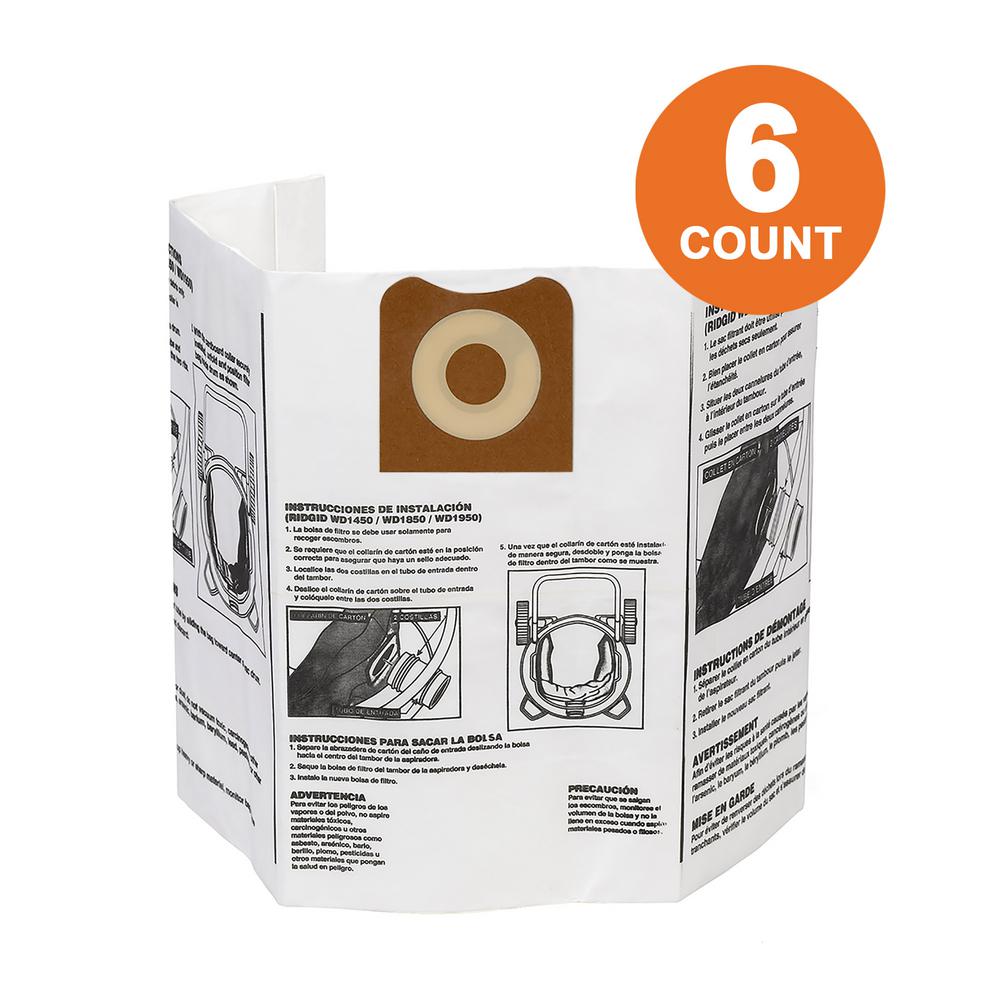 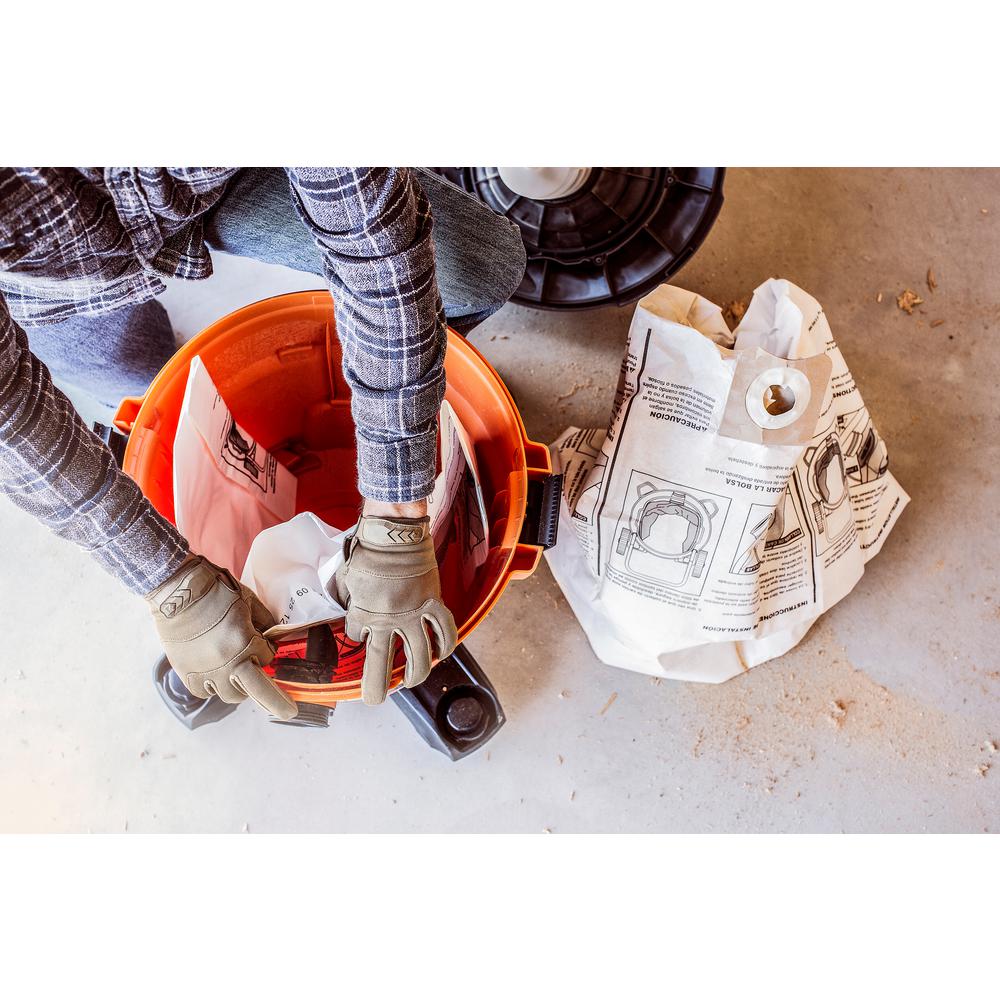 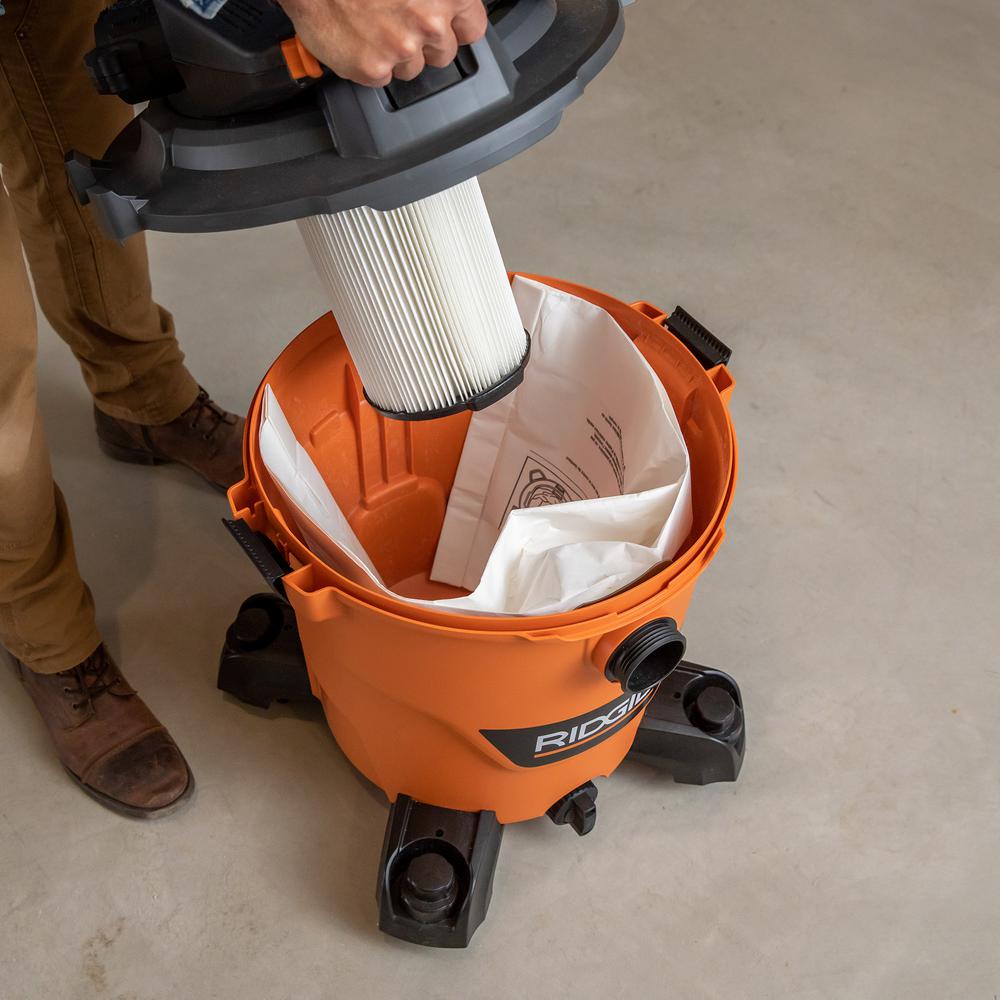 (70)
Attribute Ratings
Quality
3.9
Value
3.3
Sort By:
DepotDon
Great idea, big design flaw. DIY fix, see pic
August 24, 2020
Quality :
1
Value :
1
This bag is exactly what I needed to grind carpet glue off of a concrete floor. Without this bag the filter will clog immediately. My first bag worked as expected. My next three all popped barely less than 1/4 way through. Same each time, the whole seam on one side wide open. This added considerable amount of time to my job as I need to clean the shopvac and the filter. I couldn't stop my project so the next 2 bags I stapled each of the ends up the seam and it worked. Based on the comments this appears to be a design flaw that has not been addressed.
Was this helpful?
2
0
Response from RIDGIDAugust 25, 2020
Hello DepotDon, Thanks for writing a review and we're sorry to have learned your disappointment. We're interested to know more about this issue. You may call our Customer Service at 1-800-474-3443 from Monday to Friday between 8:00 AM to 5:00 PM Central Time and we'll be glad to assist you. Or, send us an email with these pictures at info@ridgidvacs.com. Thanks, RIDGID

Reggie
Bags bust in vacuum
December 23, 2019
Quality :
1
Value :
1
Bags come apart at the seems while in the vacuum. For basically $10 a bag (which is ridiculous for a glorified coffee filter) i would expect a lot more. I have bought these several times and always the same results. Buy a different brand.
Was this helpful?
4
0
Response from RIDGIDJanuary 4, 2020
Hello Reggie, Thanks for your review and we're sorry to hear this. We would like to know more about this and help you. You may call our Customer Service at 1-800-474-3443 from Monday to Friday between 8:00 AM to 5:00 PM Central Time and we'll be more than happy to assist you. Or, send us an email at info@ridgidvacs.com. Thanks, RIDGID