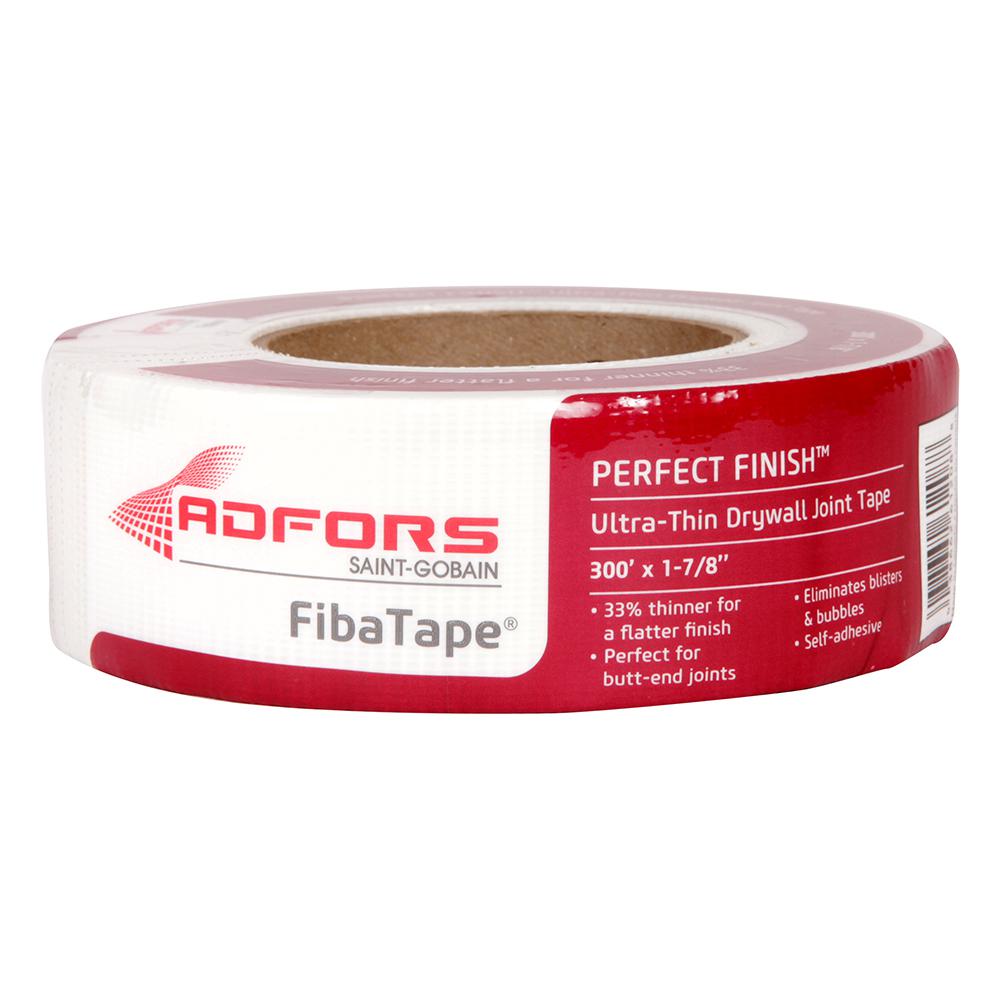 Great tape!
March 1, 2016
Quality :
4
Value :
5
Great tape for the price. I use it all of the time.
Pros: Easy Instructions, Very Adhesive
Was this helpful?
0
0
parttimehack
santa clarita, ca

Easy Enough to Use
March 30, 2015
Quality :
4
Value :
3
Seeds Program Review
(What's this)
Easy enough to use - no un-threading at the edges when pulling off a length, sticks when you put it on and stays there enough until you get some mud on - feels thin - I don't recall having to go over it multiple times to hide it. I had a small patch job - from pulling out a closet - rather than putting up sheets of dry wall.
Pros: Easy to Apply
Was this helpful?
3
0
sweetpoki
FL

Applies easily, very thin and can be repositioned
January 15, 2015
Quality :
5
Value :
5
Seeds Program Review
(What's this)
I have never before attempted to repair anything larger than a 1" hole in wallboard so I am by no means experienced in this particular DIY project. My project was to repair two sections of sheetrock that had been cut out of the master closet wall by the former owner of my house. The two sections, each measuring 12x18", had been removed to access plumbing pipes for the master shower. The prior owner set the pieces back in place in the wall but then used masking tape to hold them in place in case the problem with the pipes recurred. Nothing has happened since we've owned the house, so I decided to permanently repair the sheetrock and then repaint the closet wall. I researched various products and decided on this Perfect Finish mesh drywall tape because it is self-adhesive and very thin. Very thin is a plus in one regard, because it's easier to cover up the tape edges with drywall compound, but I realized after using the tape on the first section that the thinness didn't hide the cut lines well enough for my taste, so on the second section I applied a double layer of tape. I already had Dap DryDex Spackling in my tool box , so rather than purchase drywall joint compound, I decided to use the spackling. Since I've never used joint compound, I don't know how much easier it would have made my task, but the spackling worked. The plastic wrapping on the roll of tape contained only four small drawings as instructions on how to use the product, along with a company web address for further information. I went to the website and found not only a larger set of drawings with printed instructions (which were easy to read and understand) but the company had also posted a 2 minute video showing someone using the mesh drywall tape and demonstrating the technique for using drywall compound. The advice in the video was very helpful. The tape comes in a 300 ft roll and since I only used about 10 feet, I have an enormous amount left over. In hindsight, for this size DIY project, I should have gotten the smaller roll. I think I will be able to repair small wallboard issues for the next 25 years using this one roll. When I opened the package of tape, I was completely unable to find the end of the tape. I used a box cutter to cut across the tape, started it there and hoped to find the end in the process of unrolling what I'd cut. Unfortunately that didn't work, so I had to again run my fingernail around the roll numerous time and finally I found the start of the tape. As I pulled the tape off the roll, some strings separated at the tape edge and it took 3 turns around the roll before that stopped. Not a big deal, just a bit annoying. It would be nice if the manufacturer place a small bit of something under the tape end so that starting the roll would be a quick process instead of a frustrating one. The tape adheres very easily to wallboard, and if for some reason you didn't apply it quite in the position you wanted the first time, you can lift it off and reposition. Once I had all four sides of my piece of wallboard taped, using a 2" wide spackle tool, I spread a thin layer of DryDex spackling all over the tape, being sure to press it through the weave of the tape and feathering out the edges. Once it dried, I lightly sanded off the rough spots and then applied a second coat of spackling, this time using broader margins around the tape so that when I paint, any bumps from the line where the wallboard was cut will be less noticeable. The edges of the tape are not at all noticeable under my two coats of spackle, but the spackle was applied thicker on the tape in order to adequately cover up the wallboard cuts, so the spackle on the tape is taking much longer to dry (already into hour three and probably still has another two to go before it's completely dry). I haven't yet painted my wall, but based on how it looks after the second coat of spackle, I don't think the repair work will be noticed, unless you know it's there. Success!
Pros: Very Adhesive, Even Application, Easy to Apply, Easy to Use
Cons: must get detailed instructions online
Was this helpful?
9
0
Tivito
This drywall tape works a million makes work so mu...
September 15, 2020
This drywall tape works a million makes work so mu k easy and move along faster
Was this helpful?
0
0
romasito1
This is good any drywall repair, Doesn't need to be just...
September 9, 2020
This is good any drywall repair, Doesn't need to be just smooth. Wouldn't use it for a big project.
Was this helpful?
0
0
Koda
Good product and would purchase again...
September 8, 2020
Good product and would purchase again
Was this helpful?
0
0
DetSemi
Fantastic for sheet rock seams. Covers very easily...
September 8, 2020
Fantastic for sheet rock seams. Covers very easily
Was this helpful?
0
0
HomeDepotCustomer
Rating provided by a verified purchaser...
August 26, 2020
Rating provided by a verified purchaser
Was this helpful?
0
0
STRPHEN
I had some failing seams and redid them with this....
August 25, 2020
I had some failing seams and redid them with this. This works great. It's thin, I didn't even need a second coat of compound. Only problem I had was finding the edge to start unrolling it because it's so thin. I would definitely use again.
Was this helpful?
0
0
Review this Product
Share your thoughts with other customers