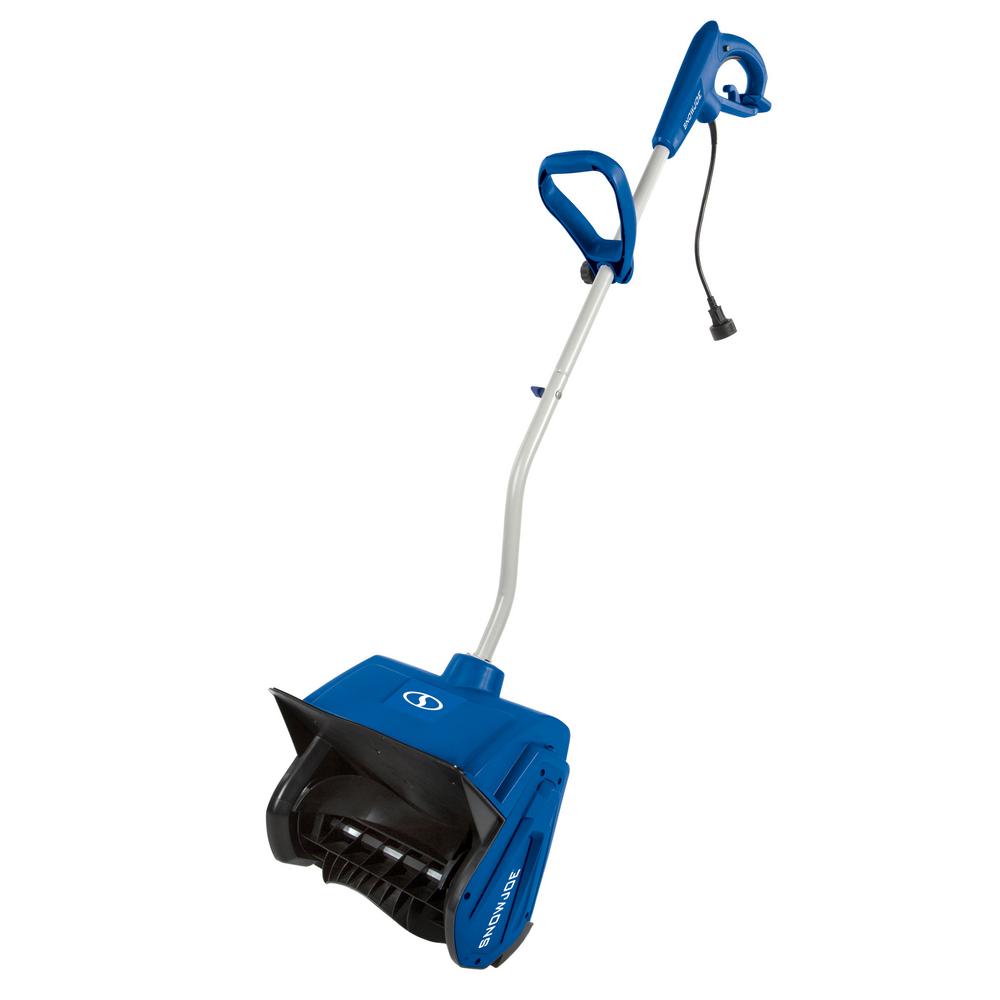 Hover Image to Zoom
Plus 13 in. 10 Amp Electric Snow Blower Shovel
by

I like it but takes some planning.
December 10, 2013
Features :
3
Quality :
5
Ease of use :
4
Value :
5
I got a chance to use the Snow Joe Plus Electric Snow Shovel 323E for the first time today and it worked well. This was the first time I used a product like this. There were only a couple of inches of accumulation on the walkways but the bottom of it was a little slushy and some of the snow was compressed by footsteps. It did better than I thought it would. The maximum this snow shovel is designed to clear in a single pass is 4" deep. You can do deeper but you have to make multple passes, blowing some of the top off first. The ergonomic handle is a very nice touch. I'm 6' tall and my back really gets tired shoveling by hand. With the Snow Joe 323E I didn't have to lean or bend over at all. It's also pretty light and easy to move around. Using a power shovel like this takes some getting used to. You really need to plan how you're going to clear the snow on your property. The Snow Joe Plus throws snow about 20' directly in front of it and that's it. The only control you have is which direction you point it and maybe a foot or too in distance depending on the angle but I wouldn't rely on that. In my town you can't shovel or blow snow into the street. I'm sure that's true in most places. You also don't want to blow snow into your neighbors' properties. Especially not onto areas they've already cleared or if they use a shovel. It's just not a nice thing to do. You probably also don't want to blow snow towards your car (or other people's cars) or house windows in case the 323E goes over a pebble. Finally you don't want to blow snow into areas you've already cleared. It might be tough to manage all that with what little control you have over the direction of throw. With a full-sized snow blower you change the direction and distance the snow goes. I have an old gas snow blower and I can push it forward and have the snow blow to the side if I want. I included a diagram showing what direction I pushed the snow shovel when I was clearing the sidewalk by the road and a walkway next to the house. It's basically the same path I would use with a normal shovel. You have to be careful when using the Snow Joe because it's light and easy to move around. When you're pushing it almost perpendicular make sure your feet are clear of its path. When lifting it up to reposition it release the trigger so the auger isn't spinning. In some cases I had to switch hands to get the right angle. The safety button was a little hard to use with my left hand. On the plus side I never had to stop and clear a clogged chute with the Snow Joe Plus. That's something I have to do frequently with my gas snow blower. It's a pain, it's time consuming, it happens frequently and worst of all it's dangerous. It's one of the most common ways people get injured using a snow blower. The Snow Joe never clogged. There were a couple of times where the snow might have been too wet and compacted and all it did was push it forward. It still cleared the path. After pulling and pushing it back and forth into the snow it was able to clear it. Once the pushed snow got to be to high so I had to blow it a little at a time by lifting it up. With some practice and better planning I think I'll enjoy using it more than my gas snow blower which is very old and doesn't do a great job anymore. I did have to clean up some areas with a regular shovel but I have to do that with my gas snow blower too. It's small, it's light, it doesn't make a lot of noise and doesn't take up a lot of space in the garage either. It can even fit in a closet. I like it.
Pros: Powerful, Easy to Use, Good Size & Weight, Small Turn Radius, Easy to Store, Light Weight
Cons: lack of throw control
Was this helpful?
20
0
Papawjeff
Saint Albans, WV