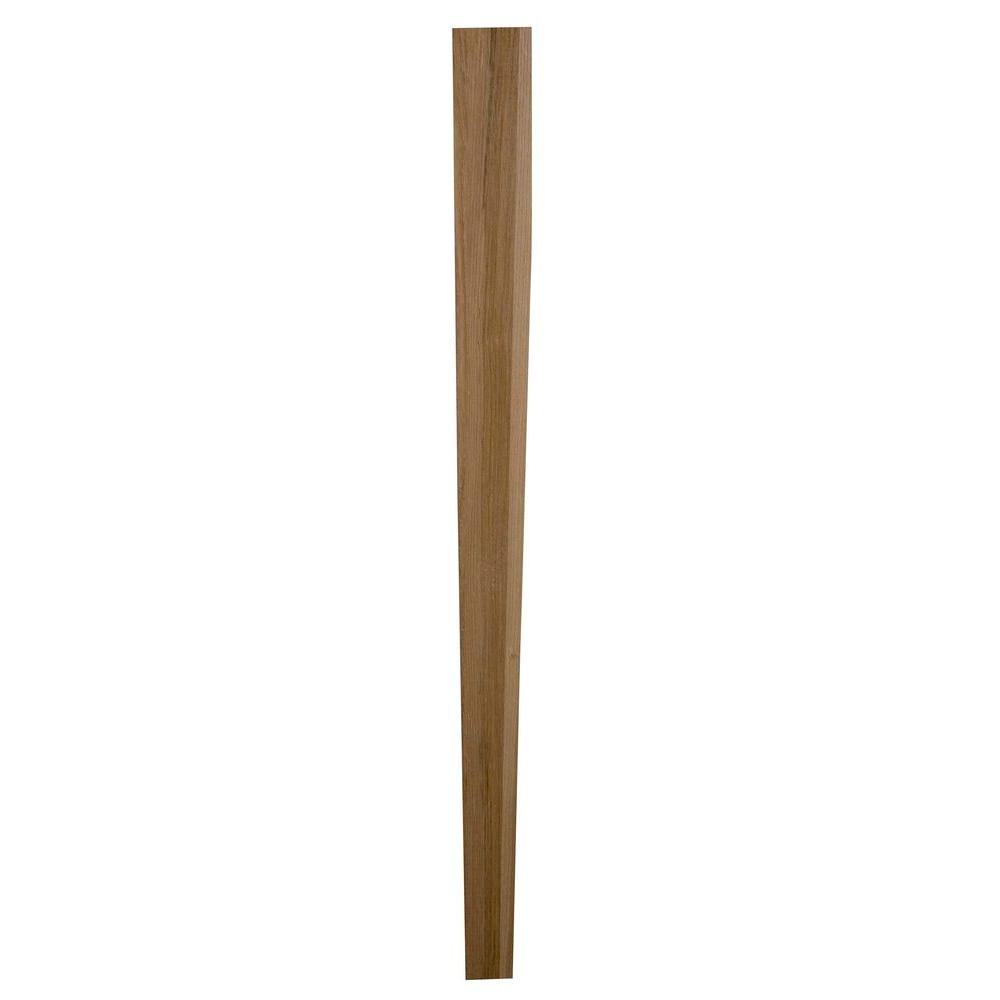 Hover Image to Zoom
29 in. Hardwood Square Taper Leg
by

Good But...
December 22, 2015
Quality :
3
Value :
2
I bought a set of these legs because I could not find any local hardwood that was a true 2" width. All I could find was 1.5". The closest I could come up with was 4x4s which are 3.5" and would waste two thirds of the wood. So I searched and found these. The cost would have been a little less but the savings were in the time shaping the legs. The first problem was when they came I found out that they are actually 1.5 hardwood glued/laminated to a .5 piece of similar hardwood. And the taper is on the .5 side so you can actually see where the one piece's taper ends and picks up on the underlying piece. And the two pieces are not the same grain or even the same color. This is awful. The second problem is that the 'tags' are stapled into the ends which I need exposed so I would lose an eight of an inch cutting the ends off which wouldn't be a problem is they weren't too short. The listing stated 30" but they came at 29" and I really didn't want to lose any more length. Also on the top ends of the legs they developed a couple of cracks while handling them for mortises which then required glueing. This was a problem because this is a floating Maple Slab and the top ends of the legs are chamfered and visible. The good? They are uniform size between each leg and they have a smooth edge along the taper, even over the laminate transition, and I am painting them so the issue of laminated wood and difference in color doesn't matter to me on this project. But If I were staining them they would not be acceptable.
Pros: Easy to Assemble, Sturdy
Cons: Appearance, Easily Damaged, Poor looking, Unaligned, laminated pieces
Was this helpful?
14
0
KellyJo
Perkasie, PA, USA