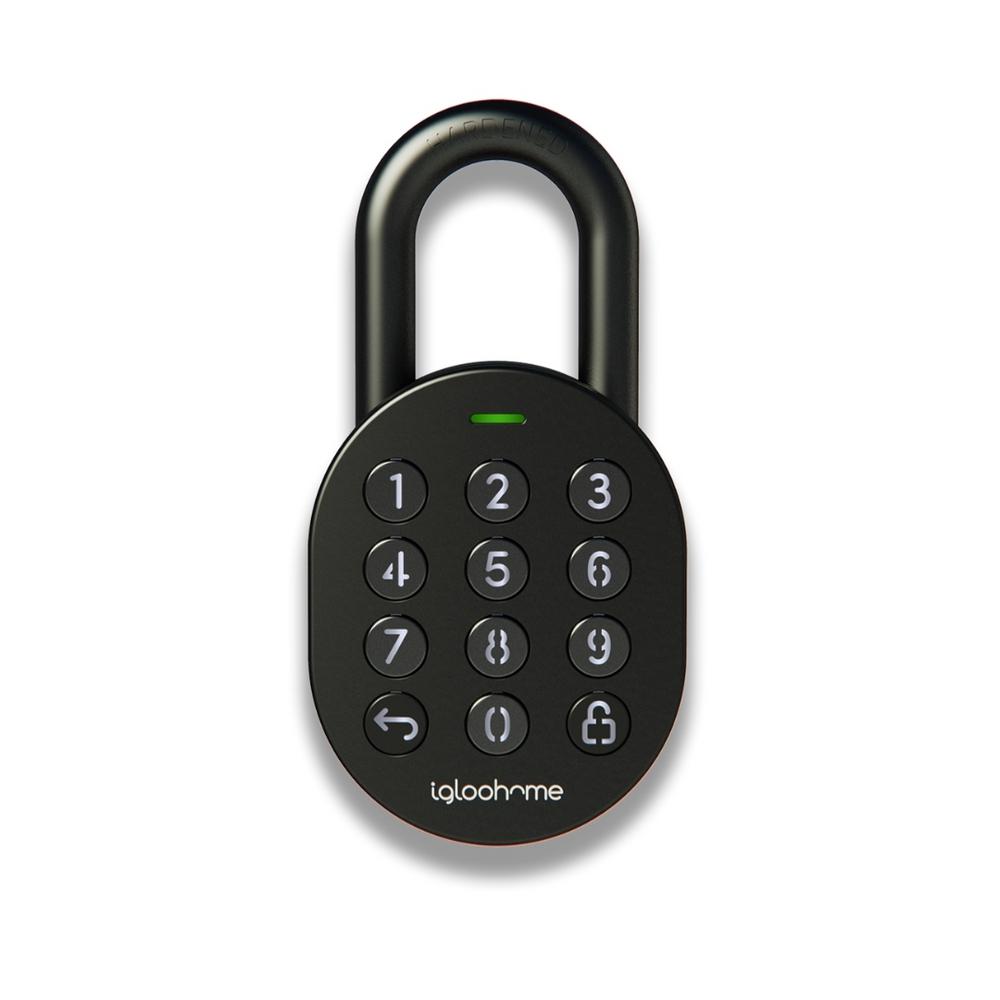 1
Filter by:
Showing 1-10 of 33 reviews
May 13, 2021
So cool
[This review was collected as part of a promotion.] I love this new smart padlock. It was confusing to set up until I read the directions. It does also have a silicon case you can cover it with to keep it protected. You can set your own combination also so that's nice to help remember it. It seems super sturdy and would be hard to break off the lock. I did use my phone to set it up also so you might have to be a little tech savvy to use it.
by KarlysMom

Customer review from igloohome.co
May 13, 2021
Heavy duty lock!
[This review was collected as part of a promotion.] I was surprised when I lifted the padlock out of the packaging. I’m used to lightweight, cheap locks. This one is by far the best lock I’ve used. It’s nice looking, for one, and easy to set up. Great instructions that are clear and concise. Within a few minutes, I had it ready to go. I really like the fact that if the battery dies, you can use a 9/volt to power it up so you can use it and then change the battery. As heavy duty as this lock is, I was kind of amazed at its elegance. That’s a weird thing to say about a lock…but it’s true. Sleek, smooth and a breeze to open.
by AmyW

Customer review from igloohome.co
May 12, 2021
Super easy
[This review was collected as part of a promotion.] Im amazed at how easy this was to setup. May have taken 3 minutes tops. Downloading the app took longer than the setup with that downloaded super fast. The virtual unlock is almost instantaneous which is great. The app walk menus are easy to follow as well. The lock is super sturdy so def plan on adding a few more.
by

Customer review from igloohome.co
May 12, 2021
Very great bluetooth lock to feel safe!
[This review was collected as part of a promotion.] Igloohome Smart Padlock is very great and love it! It’s very quick and easy to set up, sturdy and waterproof works in all weather. Best thing is that it has multiple access level. The best thing is that it lets you provide scheduled access to friends, family, etc quickly and easily just by texting them the pin code. You can also download the app and open the lock using the mobile app. You can also monitor activity logs that tell you when it has been opened and by whom, what kind of pin codes have been generated and when, and when the lock was last synced with the app. This bluetooth lock is well built and can be fitted with a longer shackle for specific gate and door applications etc any and everything that requires a lock. This is a great lock and comes very highly recommended to everyone, especially if you want to feel safe with your items that need a great lock!
by Whitt88

Customer review from igloohome.co
May 12, 2021
Impressive
[This review was collected as part of a promotion.] I love the convenience that smart devices bring to the home and my life. I always have concerns about durability and reliability though. So far, this product has held up very well in multiple different weathers. I love that I can open it with an app anywhere that I am. Great product.
by Babyhawaii425

Customer review from igloohome.co
May 11, 2021
Nifty!
[This review was collected as part of a promotion.] I used this padlock to replace the one I had on my back gate. It'll save us from the hassle of having to grabbing the keys each time. It was super simple to setup and I love the ability to unlock it from your phone! A few callouts (but doesn't take away from the product as is) is that there isn't a fail safe option in the even the battery dies unexpectedly or if there's a malfunction in the software, so a physical key would be nice to have in the event something like this happens so we can have a way of unlocking it without technology. * full disclaimer I did not look into if there was another way to unlock the padlock, I only focused on the quick setup guide and the steps in the app which is why this doesn't take away from how the product is at face value. In the app it is for the most part intuitive and easy to follow, I would have liked it to be a bit easier to find a way to update your master pin, under settings, or even an option on the "Basic" page, it took a second to find it under "Access" > Active > Lock Owner. I do like how you can assign one time use codes and bluetooth codes. This would be a great tool if you are using it for AirBnB purposes (which it looks like in the App it gives you the option to connect this to your Air BnB account!) All in all very cool product, I'm interested in looking into their keypads and other products.
by skc512

Customer review from igloohome.co
May 10, 2021
Great
[This review was collected as part of a promotion.] Great modern padlock- wonderful upgrade to the standard option. I love the ability to use my smartphone with the Bluetooth key. For the non tech savvy you can still use the touch the numbers option. This has been a game changer and time saver for gaining access to my valuables that require being under lock and key.
by Punswrx

Customer review from igloohome.co
May 10, 2021
Heavy Duty!
[This review was collected as part of a promotion.] This lock is AMAZING!!! It is very durable, easy to program and I love the app! BUY THIS LOCK!!!
by Steph

Customer review from igloohome.co
May 10, 2021
Soo Cool, The Future Of Padlocks!
[This review was collected as part of a promotion.] What an amazing little product!! I was very skeptical on an Electronic padlock because of the obvious things you think about with anything electronic. I was extremely impressed with this lock and had to write a review to tell everyone else about my experiences. First, it's HEAVY!! Which on a padlock is a good thing. It's fat where the keypad is, and the shackle is thick and well made. When you touch the keypads they illuminate so you can see what you're pushing even when you're in the dark. The shackle is thick, and REPLACEABLE!! I found that to be a great feature, if the short squatty shackle isn't what you need, you can get the taller shackle loop or even a thinner loop to fit on smaller holes. The electronics is pretty well designed as well, starting with the simple Bluetooth connection to your phone. You install some software on your android or apple phone and then the software does most of the work in finding the padlock and sending codes for the padlock. You can do all sorts of things with the software, from making a new user to padlock with their own passcode, to creating one time use codes and codes that are only good certain times of the day. When you sync your phone with the padlock it tells you who used what code when, with a time stamp. The padlock takes a baby CR2 battery, that is pretty simple to install on the back of the padlock, and I think one thing that's cool is it has a port on the bottom of the padlock for a 9v battery to connect incase the CR2 battery goes dead. I also tried entering the wrong code in the padlock, and after so many tries it starts beeping, this really annoying and attention getting honk beep screetch. It doesn't stop until I entered the right code, so it's nice for someone who is trying to "pick" the lock with just random codes. This thing would be amazing on a pool gate, or an access to a storage locker.
by Gus III

Customer review from igloohome.co
May 5, 2021
Easy install with Great Features.
[This review was collected as part of a promotion.] We wanted to get a backup lock for our Garage while we go out of town for extended periods of time. I was very pleased with the ease to set the Igloohome Smart Padlock up. one of my favorite features Activity Log screen and the Pin code technology where we can let people in from wherever we are. hence, the whole reason we got the padlock. I love the durability as it looks like it will hold up really well outdoors and indoors. I am definitely considering getting one for our guesthouse.
by