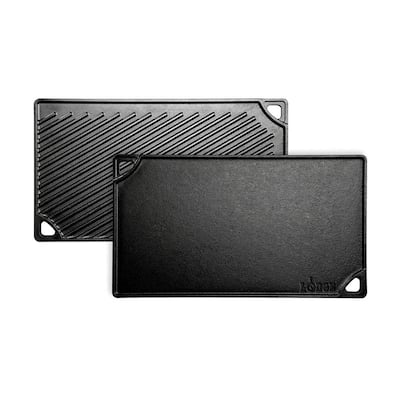 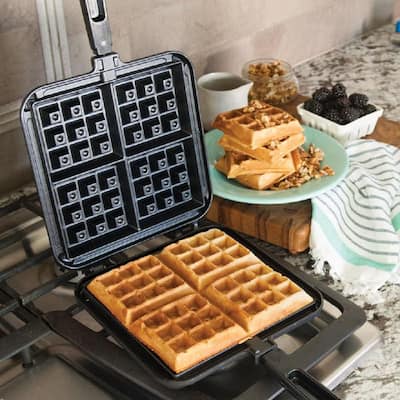 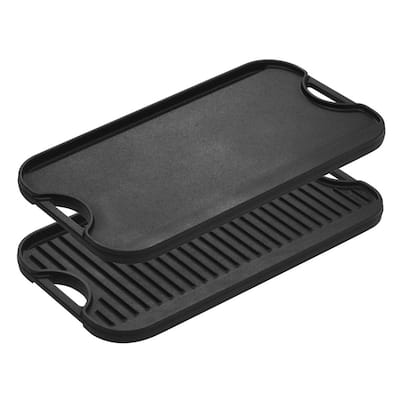 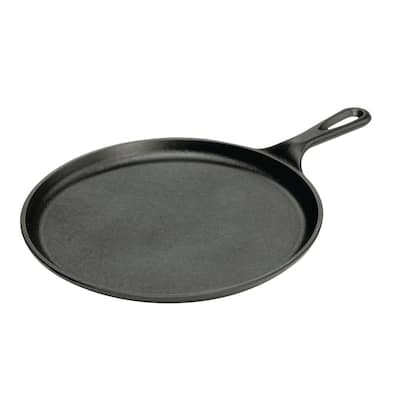 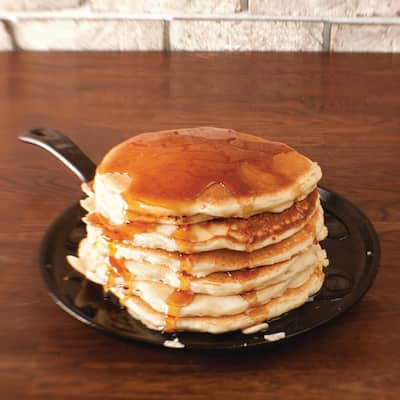 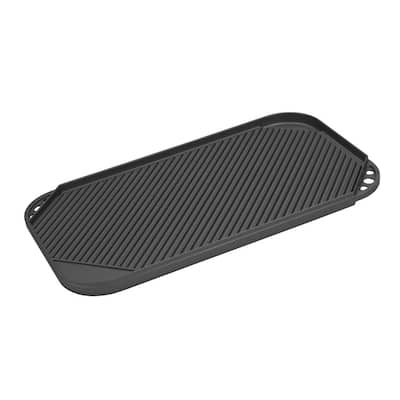 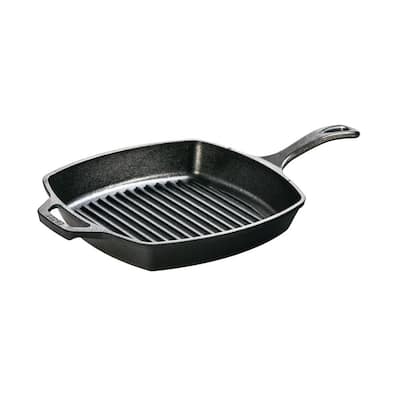 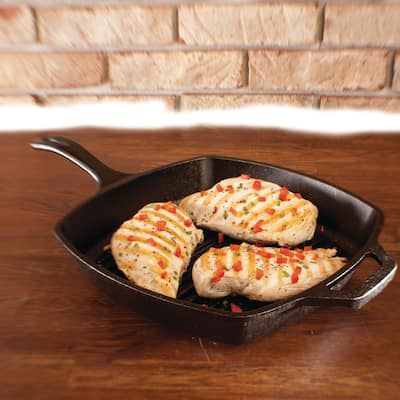 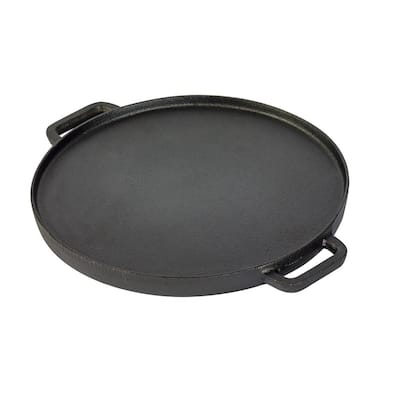 12 in. Pre-Seasoned Cast Iron Round Reversible Grill/Griddle with 2-Side Handles Non-Stick 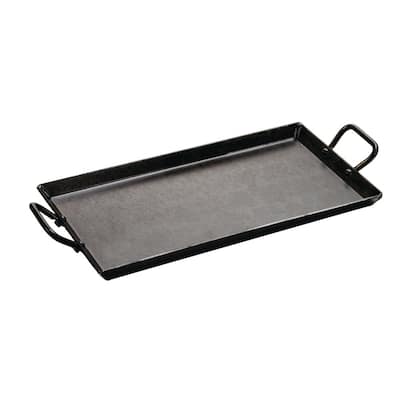 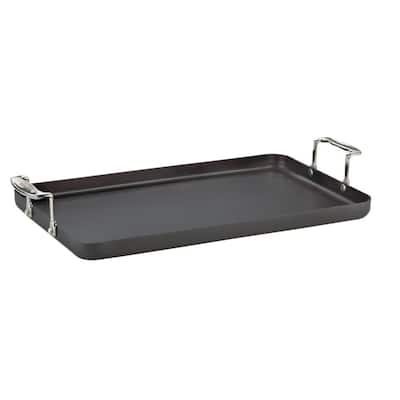 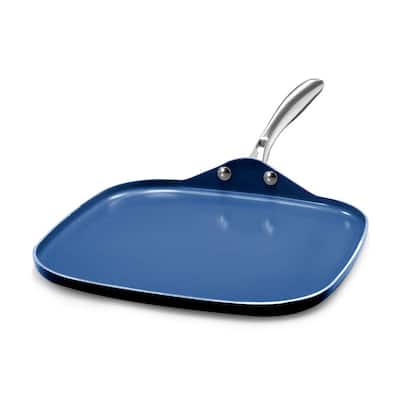 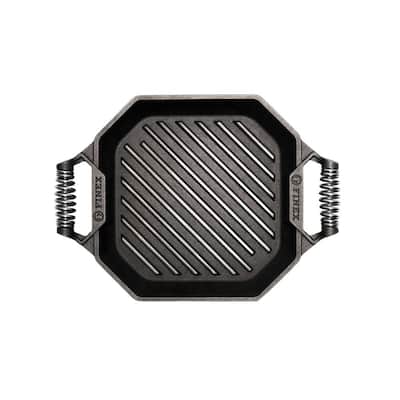 Original Stovetop Belgian Waffler cooks 4Original Stovetop Belgian Waffler cooks 4 waffles at one time. Crisp browned waffles prepared on your stovetop have deep pockets for melted butter and syrup or your favorite fruit toppings. Simply preheat both sides of the cast aluminum waffle on a gas or electric stovetop for about 2 minutes each side. Pour in 1 cup batter, close the waffler and cook for about 1 minute; then flip the pan over to cook on other side for 2 minutes or until golden brown. Slim profile for easy storage.See Full Product Description

Seasoned 10.5 in. Square Cast Iron GrillSeasoned 10.5 in. Square Cast Iron Grill Pan with assist handle. The ribs of the Lodge square grill pan allows fats to drain from foods while also searing tantalizing grill marks onto meats and vegetables. The griddle is at home in the oven, on the stove, on the grill or over the camp fire.See Full Product Description

Grill pans, also known as griddles, allow you to cook a variety of foods effectively, efficiently and with versatility. These pans come in handy if you don’t have an outdoor grill. Here are some factors to think about before you purchase a cast iron griddle:

Benefits of owning a cast iron grill pan include:

Cooking with a Grill Pan

You’ll get plenty of good use out of your grill pan.

• A grill pan with a lid will intensify the inside heat, resulting in a well-rounded cook.
• The built-in ridges allow fat to flow away from the meat.
• You’ll see genuine grill marks on the food you prepare in your grill pan, so it will have a satisfying appearance and savory taste.
• Ideal grill pan entrees include seafood, grilled chicken, pork chops, hamburgers, steak and kabobs. Pancakes and bacon can be prepared on the other side of the griddle.

Pair the right grill pan with your cooking habits and benefit from straightforward, simple meal execution in the heart of your kitchen.