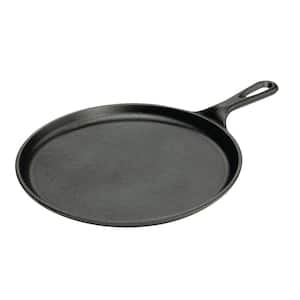 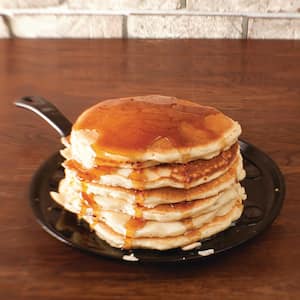 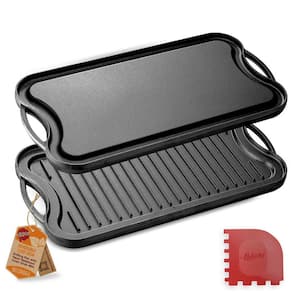 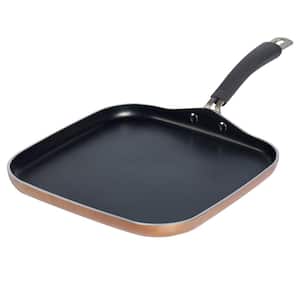 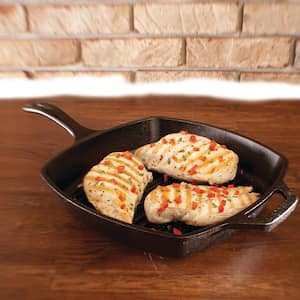 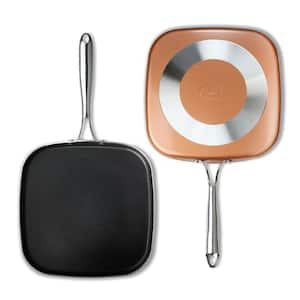 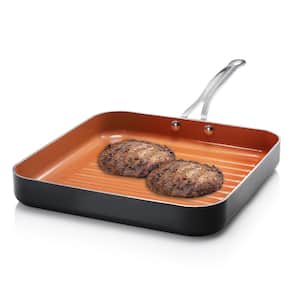 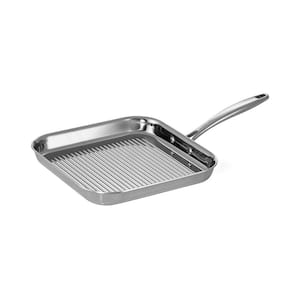 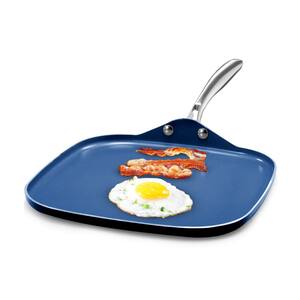 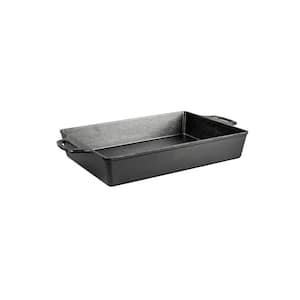 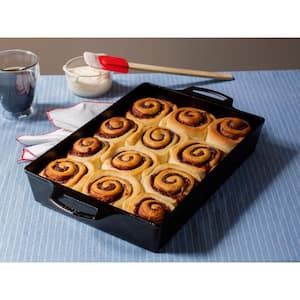 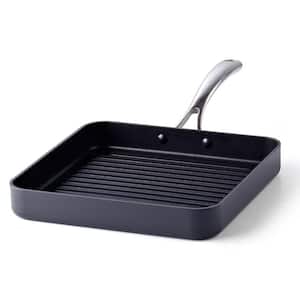 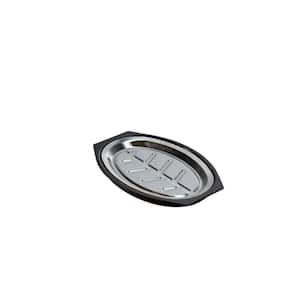 365 Grilling 7.875 in. Aluminum Sizzle and Serve Pan in Black and Stainless Steel 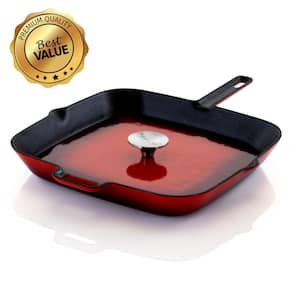 The NutriChef Stovetop Grill features convenientThe NutriChef Stovetop Grill features convenient reversible sides. The smooth side is great for making grilled cheese sandwich, eggs and pancakes. The ribbed side is perfect for grilling foods such as steak, fish, chicken and hamburger. The reversible grill and griddle is made from cast iron metal with a nonstick surface that ensures quick, effortless food release and eliminates the need for butter, oil or cooking spray. Makes homemade grilled food slide out easily.View Full Product Description

Epicurious 12 in. Aluminum Square Griddle.Epicurious 12 in. Aluminum Square Griddle. Make easy work of your daily cooking tasks with this aluminum nonstick griddle. Made from heavy-gauge aluminum for unsurpassed heat distribution and durability. Nonstick interior for excellent food release and easy cleanup. Safe for use with metal utensils. Silicone handles are double riveted for durability and stay cool to the touch.View Full Product Description

Grill pans, also known as griddles, allow you to cook a variety of foods effectively, efficiently and with versatility. These pans come in handy if you don’t have an outdoor grill. Here are some factors to think about before you purchase a cast iron griddle:

Benefits of owning a cast iron grill pan include:

Cooking with a Grill Pan

You’ll get plenty of good use out of your grill pan.

• A grill pan with a lid will intensify the inside heat, resulting in a well-rounded cook.
• The built-in ridges allow fat to flow away from the meat.
• You’ll see genuine grill marks on the food you prepare in your grill pan, so it will have a satisfying appearance and savory taste.
• Ideal grill pan entrees include seafood, grilled chicken, pork chops, hamburgers, steak and kabobs. Pancakes and bacon can be prepared on the other side of the griddle.

Pair the right grill pan with your cooking habits and benefit from straightforward, simple meal execution in the heart of your kitchen.

What are the shipping options for Grill Pans?
All Grill Pans can be shipped to you at home.