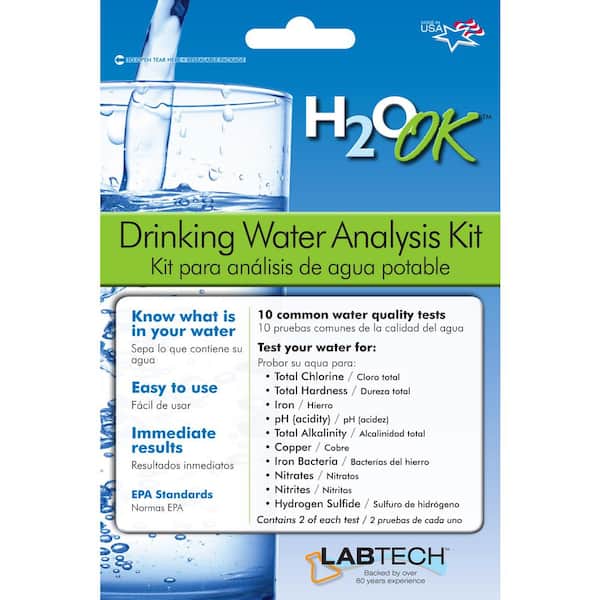 The H2O OK Drinking Water Analysis Kit is the perfect way to ensure your drinking water is safe and free of the 10 most common contaminants and unwanted water conditions. This easy to use kit provides everything needed in a resalable package. It gives the user instant results.

PurTest Iron Hardness Plus is a do-it-yourselfPurTest Iron Hardness Plus is a do-it-yourself test kit; EPA based instant water tests allow you to test for 8 different drinking water contaminants. Tests for iron, hardness, copper, chlorine, pH, alkalinity, nitrates and nitrites. Two (2) tests each. Easy, reliable, fast, accurate, and convenient. Results right -at-home. Nothing to mail, consumer friendly and environmentally conscious, there is nothing toxic in PurTest. Know what problems exist in your water supply before purchasing water treatment equipment. Performance of water treatment equipment and filters should be monitored. Test with PurTest to make sure your equipment is working properly.See Full Product Description

Asbestos is a mineral that occurs naturallyAsbestos is a mineral that occurs naturally in the environment that is made up of long, thin fibers that look similar to fiberglass. Found in many manufactured products prior to the mid-1980 such as pipe insulation, ceiling and floor tiles, paints, caulking, fire resistant clothing and brake pads. Asbestos exposure may pose serious health risks.See Full Product Description