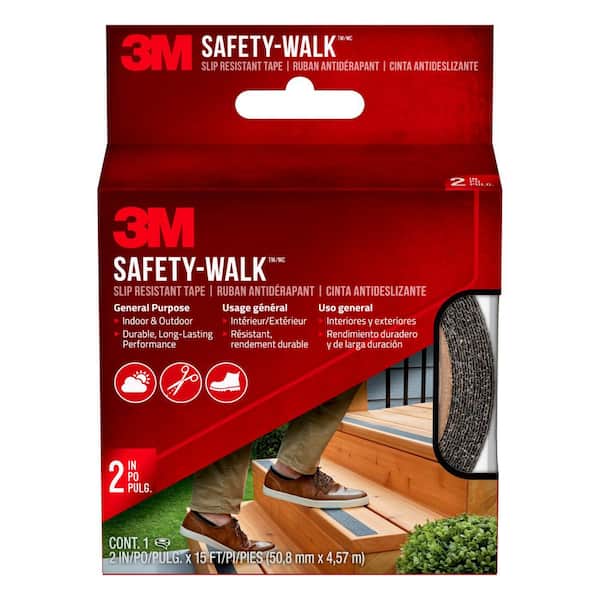 3M Safety-Walk Slip-Resistant Tapes and Treads are designed to provide traction on slippery surfaces where potential slips and falls can occur or where safety may be a concern. 3M Safety-Walk Tread has proven durability for long life in heavy traffic areas, as well as ladders, steps and ramps. Quick and easy to use, 3M Safety-Walk Tread is a great choice in anti-slip protection.

10
Filter by:
Showing 1-30 of 377 reviews
Aug 23, 2020
good quality
It has a thick, rubbery, flexible backing. Compared to alot of other brands that are basically wax paper with sandpaper glued on. I used it as a bumper molding on my truck, it looks pretty sharp.
by