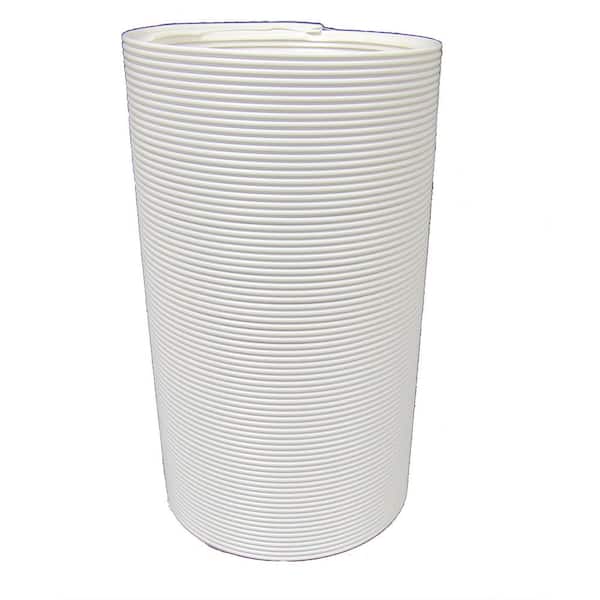 Expandable Vent Hose is an exhaust hose for use with various portable air conditioners. Contains internal steel support coil. Expandable up to 60 in. long and is flexible to meet most desired needs. Used only for exhaust fan applications providing good airflow and easy connect ability.

Manufacturer Warranty
This product is warranted against defects in material and workmanship for two years from the date of purchase. Any unit or component part found to be defective during this period will be repaired or replaced. Contact customer service at 1-800-797-3709

Is this compatible with CCH Model YPLC-10C portable air conditioner with anti-clockwise thread?

I am not familiar with this brand. I am unsure.

The website doesn't have the in store aisle location so where is it located in the local store?

Does this do well with the heat AC produces? Original that came with AC started cracking. How did this turn out for you

The product is designed to be used with Room AC Units. The hose should handle heat load without issue.

Is my LG portable ac clockwise or counter clockwise

That question is for LG.

Is this vent hose counter clockwise

This will work with any room AC that uses a 5.9” exhaust hose

yes... it should fine

Is this hose only for windows or can I adapt it to use it on the wall?

It can be customized