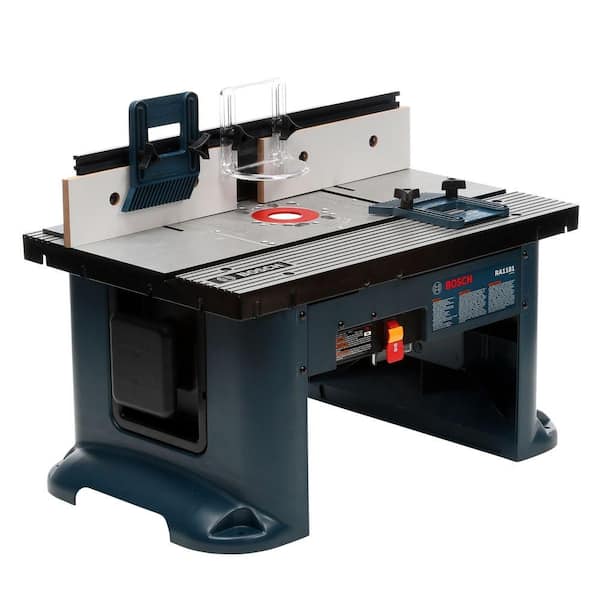 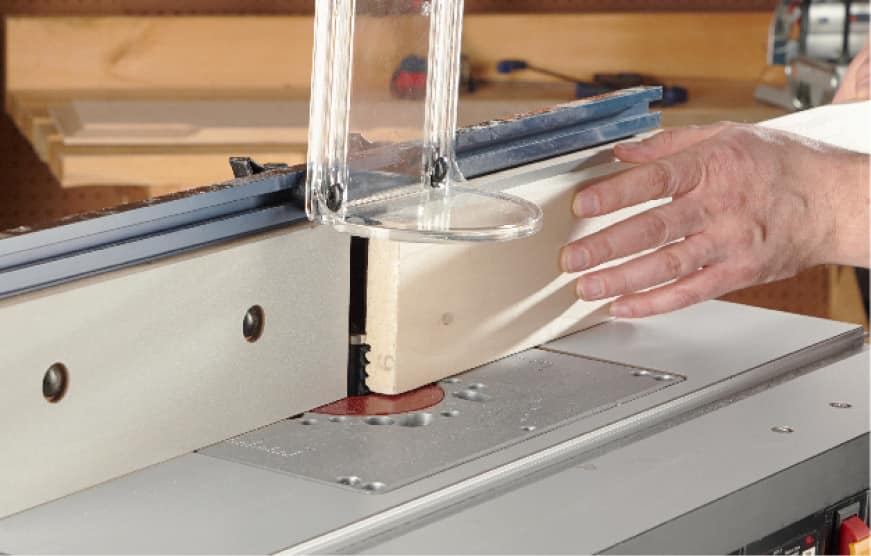 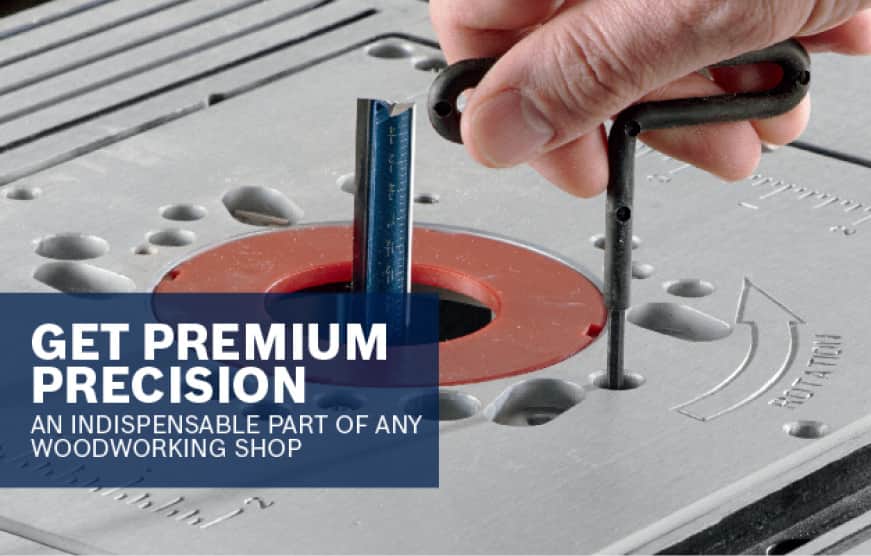 Designed for Versatility and Precision

The rigid aluminum router mounting plate stays flat and precise for accuracy. It is pre-drilled for a variety of routers. 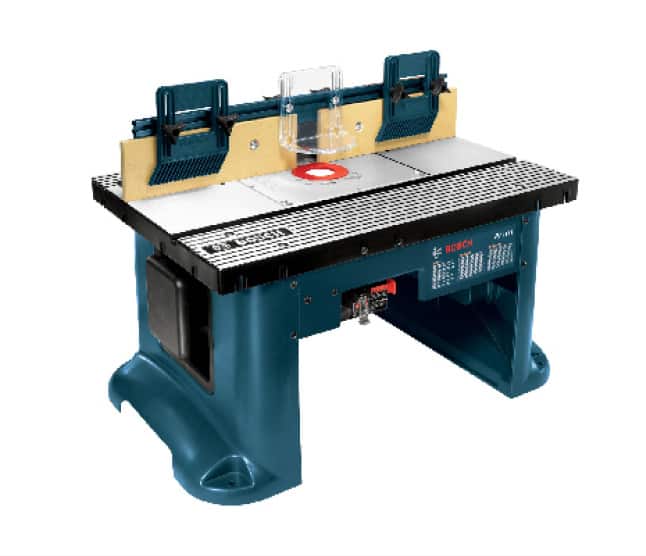 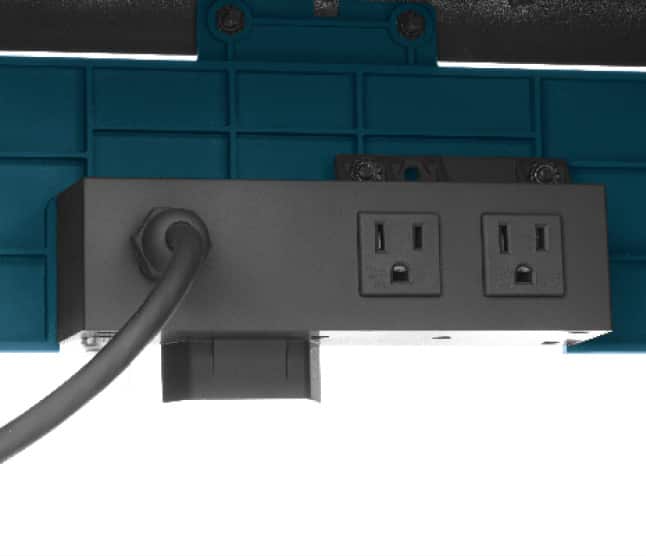 The dual outlet switch features a 6 ft. power cord, and it has a lock. 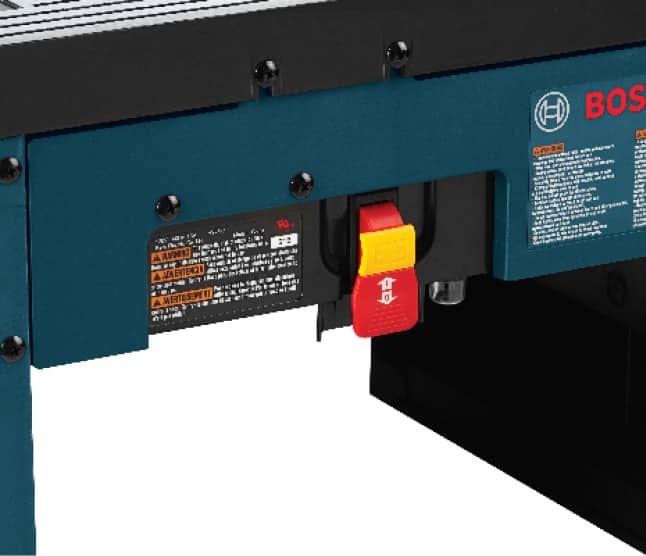 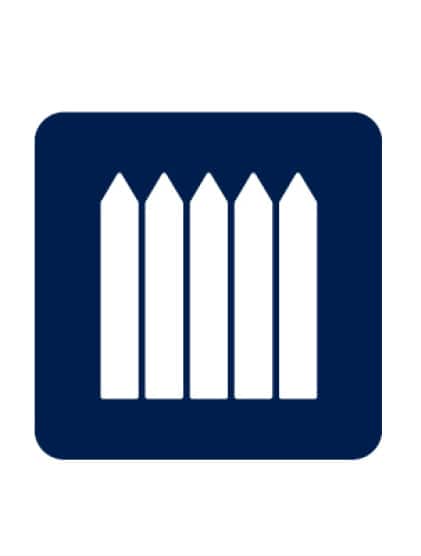 Fence is designed for extra control with taller stock. 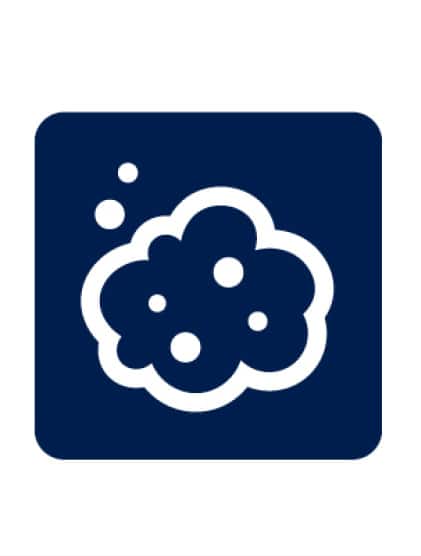 Helps to provide cleaner cuts without the dust. 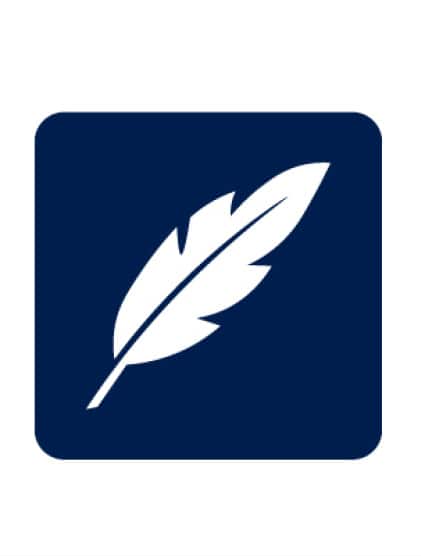 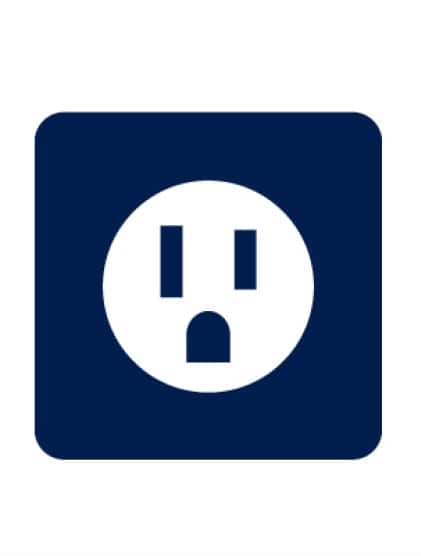 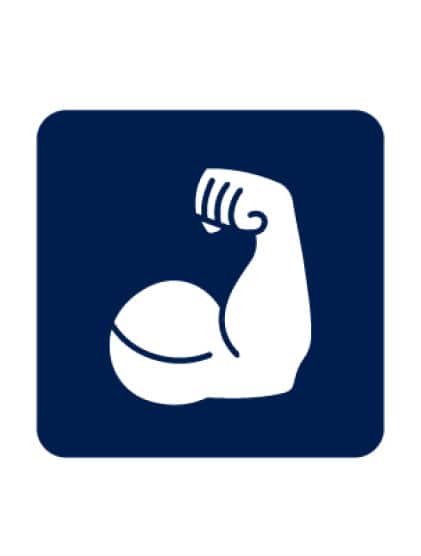 Helps provide stability for extra control of the work piece. 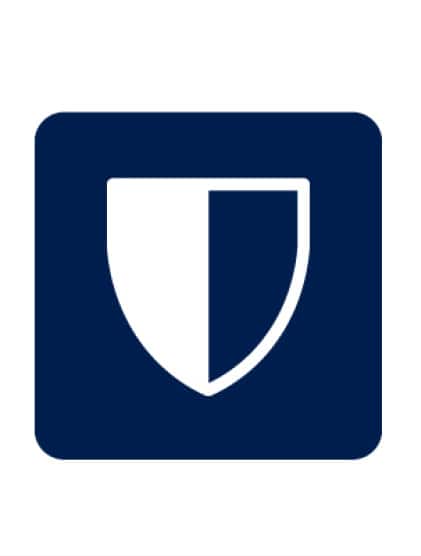 The adjustable clear guide provides a sightline to the cut.

This 15 Amp Corded 27 in. x 18 in. Aluminum Top Benchtop Router Table with 2-1/2 in. Vacuum Hose Port is a perfect addition to your workshop. Each router table includes a lightweight yet durable aluminum top and a sturdy ABS plastic base. The vacuum hose port fits standard 2-1/2 in. vacuum hoses for quick and easy clean up.

Customer review from boschtools.com
Dec 18, 2013
router works great
It has been years since i have used a router for any of my projects. I use to use an old craftsman router and it worked ok but this one is so much better. I have not even come close to using it for everything that it is capable of but i am sure it will do whatever you want it to. It is the smothest and quietest router I have used. If you are looking for one I would definetly recommend this one.
by
18 people found this helpful
Dec 6, 2013
Overall a great multi-purpose router
I've never owned a Bosch tool before so was a bit apprehensive buying. I had the old Porter Cable plunge many years ago and it was a very nice router but sold all my equipment and have now recently bought a full shop again. I couldn't resist this kit finding it on a good sale and I think I also had a 10% coupon off one item. But even at the full retail price, the Bosch router with plunge still remains a good value. I have used it several times now and really love how it handles. It is a very smooth tool, with it's soft-start a very nice feature. Adjusting the speed wheel fixes any rough cuts or burning I have had so far. There is plenty of power, though I have not yet tried it mounted on a table. If I were to complain about something it would be the location of the switch. This is not only Bosch but most other manufacturers as well that place the power switch in pretty inconvenient locations, making it a bit awkward at times. One other nitpicking suggestions would be for Bosch to replace the outdated looking wood grips and use something with a textured or rubberized surface. Overall, these are pretty small details that wouldn't influence my opinion of this being a fantastic router. I would highly recommend it to any woodworker who needs one!
by
6 people found this helpful
Jun 3, 2013
Strong, Reliable, Dependable
I used this router for over 8 years. While working in construction as a finish carpenter, I saw and borrowed several different routers. For me, NOTHING compared to this router. There wasn't a job that i did that it couldn't handle. I had multiple jobs that i used it for from simple rounding over the edge to full out raised panels. When it came to flutting, and i did a lot of it, this router is the easiest to hold and manage. After doing several 8ft columns and two mantels with a few custom flutted cased windows and doors, at the end of the day, i was still able to grip it again for those last minute detail work.
by
91 people found this helpful
Jan 16, 2013
Bosch router kit 1617EVSPK, plunge & fixed base, great combination.
Bosch quality and power with versatility too. Router can be used as fixed base, mounted to router table, or install router motor in the plunge base, all switch with relative ease. Note: To use threaded template guides you must additionally purchase Bosch #RA1126 quick change template guide adapter which attaches to router base plate, and #RA1100 threaded template guide adapter which clicks into quick change adapter.
by
12 people found this helpful
Oct 20, 2021
Rating provided by a verified purchaser...
Rating provided by a verified purchaser
by
Oct 17, 2021
Rating provided by a verified purchaser...
Rating provided by a verified purchaser
by
Oct 11, 2021
Rating provided by a verified purchaser...
Rating provided by a verified purchaser
by
Oct 7, 2021
assembly requered
no good quality.Threads on fasteners are too course. took 3 hours to assemble. leveling screws rest in a pocket ,remove the router mounting plate and the screws fall out and get lotst. I don't recommend purchasing this item.
by
Response from Bosch Customer SupportOct 11, 2021
Hi there! We apologize for the experience you had in using the RA1181. As I understand, you are having issues with your table top. Please contact us for options at 1-877-267-2499. You may also send us email at boschtools@custhelp.com. We hope to hear from you soon. We will also forward your review to our Product Managers for future enhancement purposes. Thank you for your time.