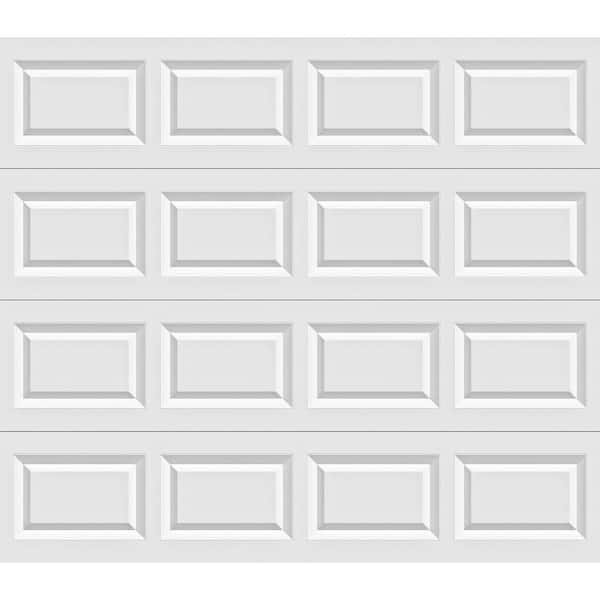 Improve your home's appearance and energy efficiency with a Clopay Classic Collection garage door in BASIC Construction type. Its 2-layer steel construction with stucco-embossed panels provides a design that is fashionable, dent resistant and long-lasting. With an R-value of 6.3, this garage door offers strength, security and quiet operation. The price includes the door and components only. Installation is not included.

4
Filter by:
Showing 1-10 of 109 reviews
Mar 18, 2021
Beautiful ipgrade
We got two doors to replace old weathered glasfiber doors. Love the look and how smooth and silent they operate. Our garage is detached and unheated, so insulation was not that important to us.
by
Response from MarketingApr 6, 2021
I love the clean, fresh look of your new Clopay classic doors on your beautiful garage! Thank you for choosing Clopay.

Customer review from clopaydoor.com
Oct 15, 2020
Simple to install looks great.
[This review was collected as part of a promotion.] I installed 2 in one day very easy I never installed one before
by

1 found this review helpful
Jan 21, 2015
Well built and a value at the price!
Great product for the price! We replaced an existing, damaged door with this one, upgrading to one with insulation. The bottom of the first panel has a nice aluminum piece to hold the rubber weather seal. Two people are almost a must, definitely makes the installation go much easier. We were able to use our existing track and our torsion spring (torsion springs can be very dangerous to work with, be sure you know what you are doing and have the proper tools or better yet, rely on a professional) Be cautious with the surface of the insulation, it is soft and easily damaged as is any foam insulation.
by
24 found this review helpful
Jan 18, 2022
Finally!
I just replaced my old wooden door that was over 50 years old! I know the new door is not the top of the line; but, I am very happy with it. It looks so much better than the old one, and my basement is much warmer now. Thank you, Clopay!
by

Customer review from clopaydoor.com
Mar 18, 2021
6 foot garage door
I should have checked with local dealers before ordering because they had it in stock. I love the door and it installed well from someone that is a mechanic by trade.
by