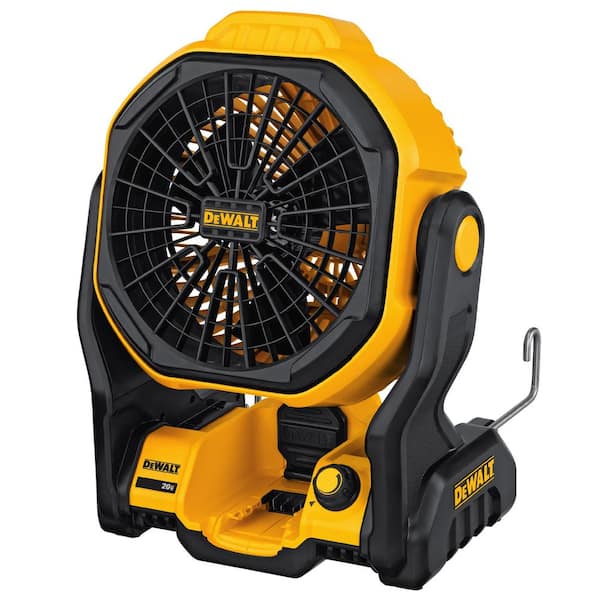 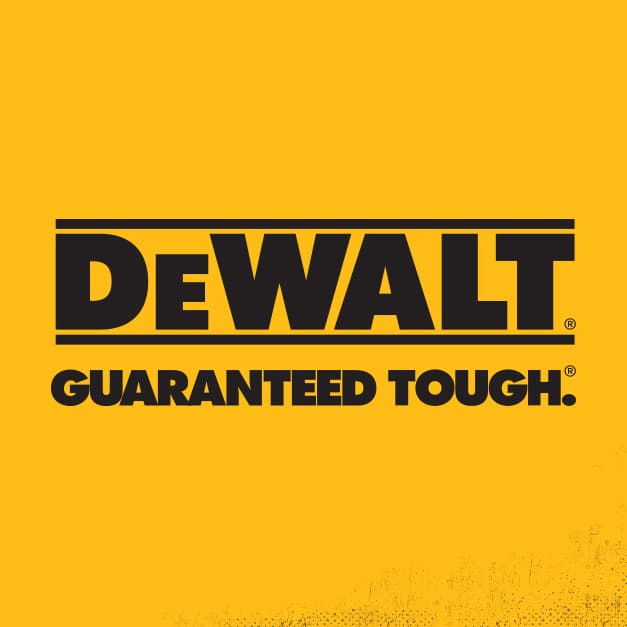 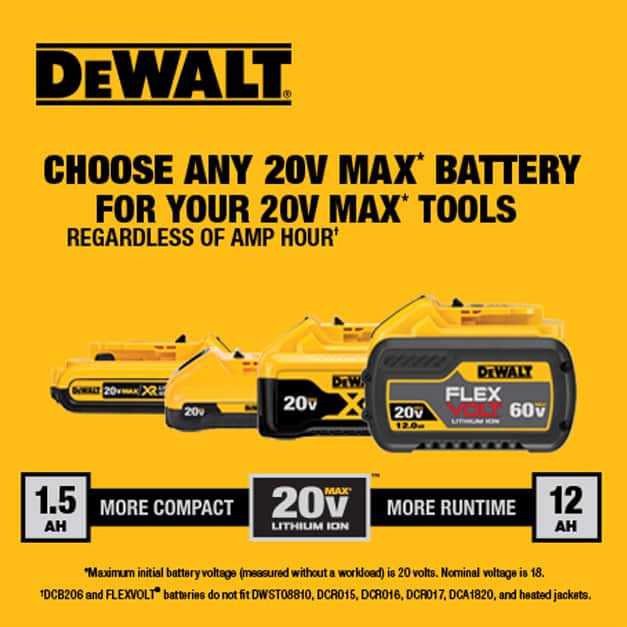 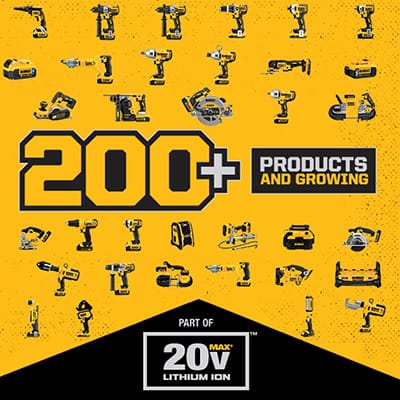 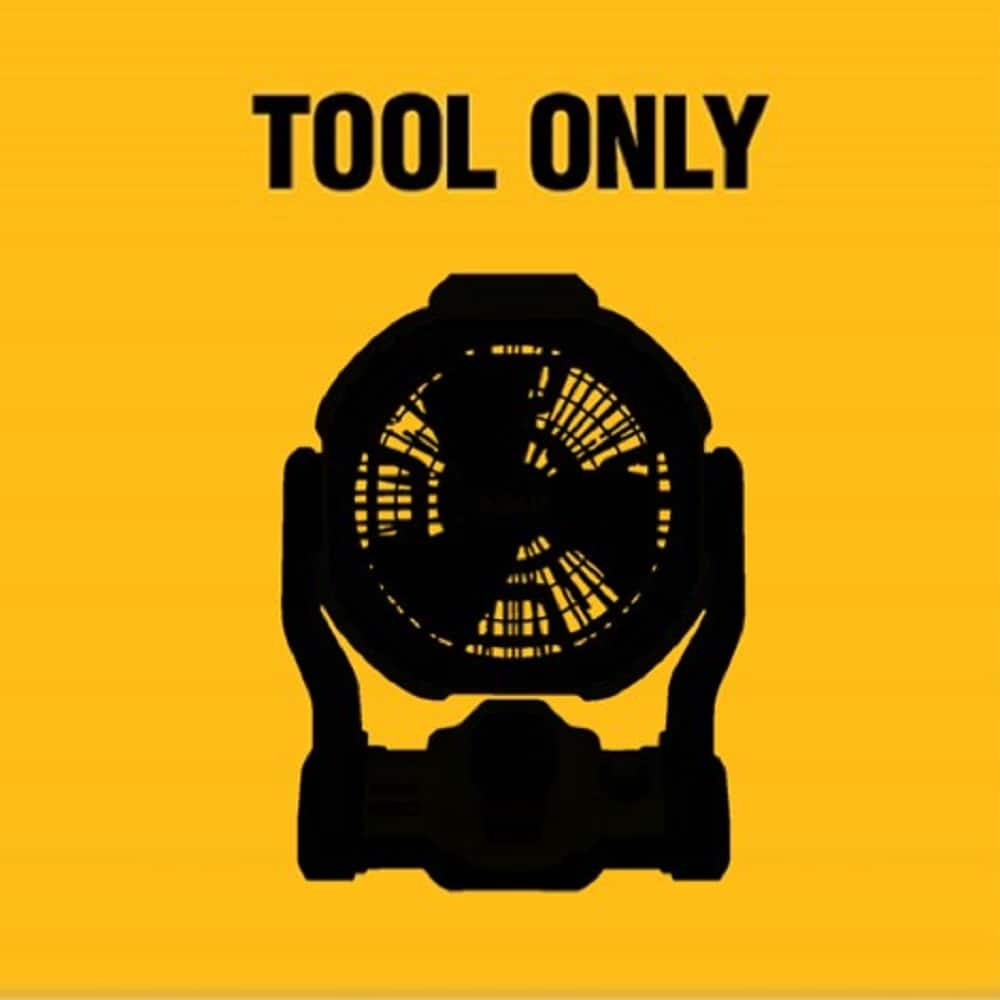 Does not include a battery or charger. This product is tool only. 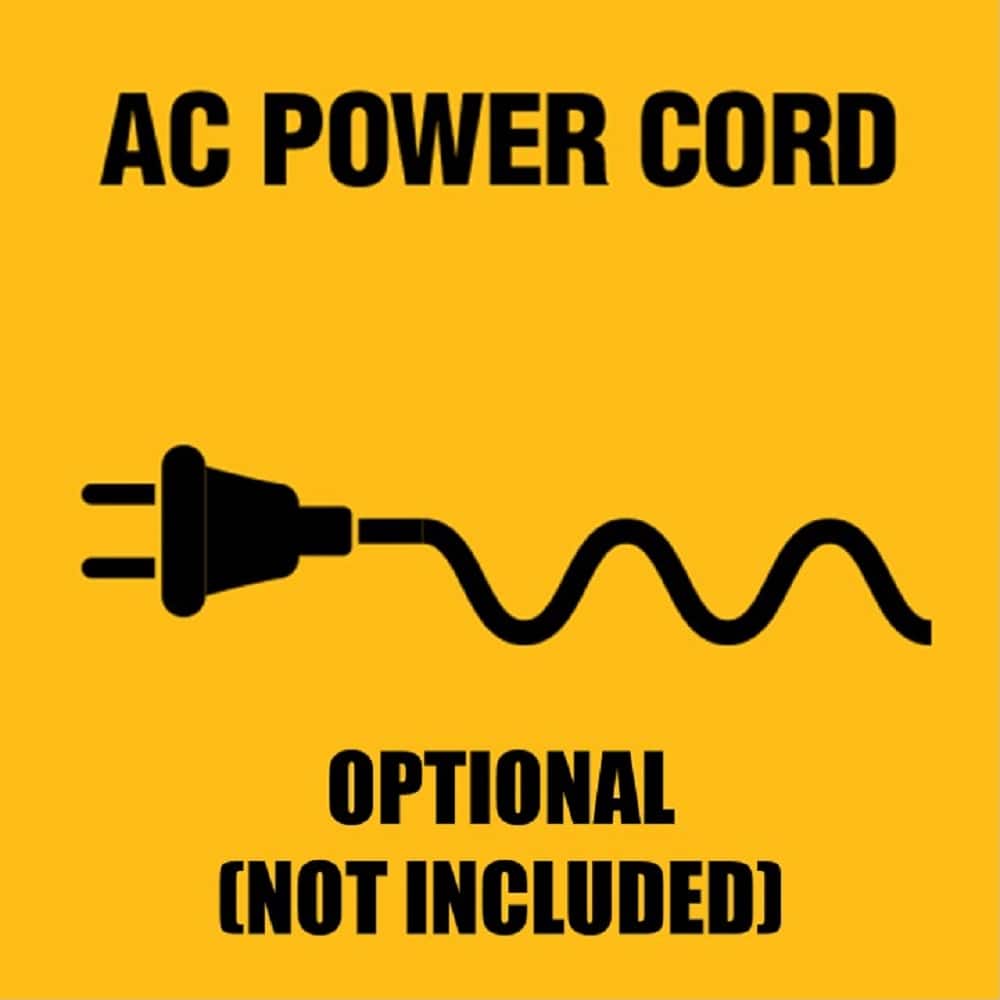 Cord is not included, but is optional. 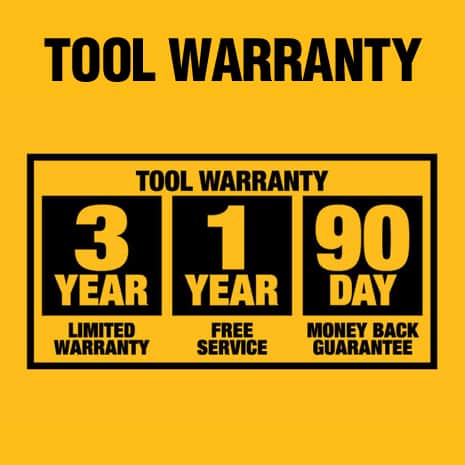 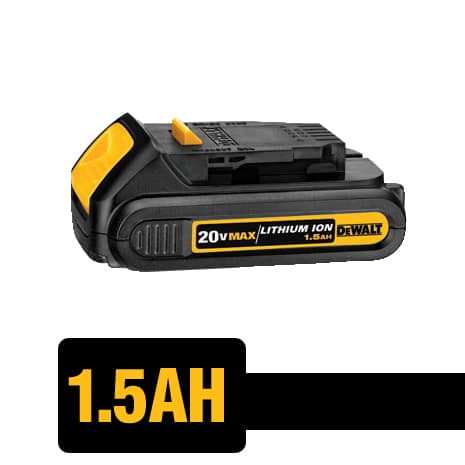 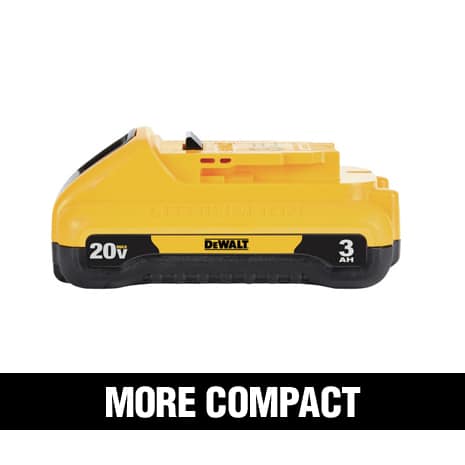 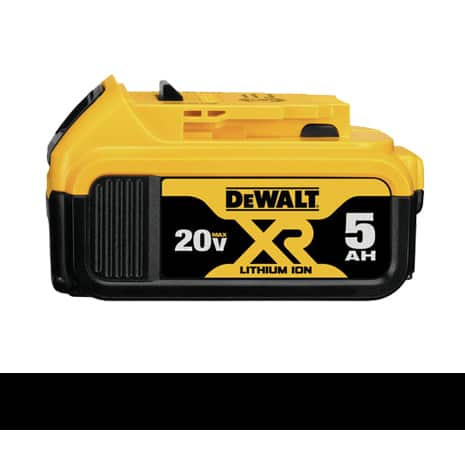 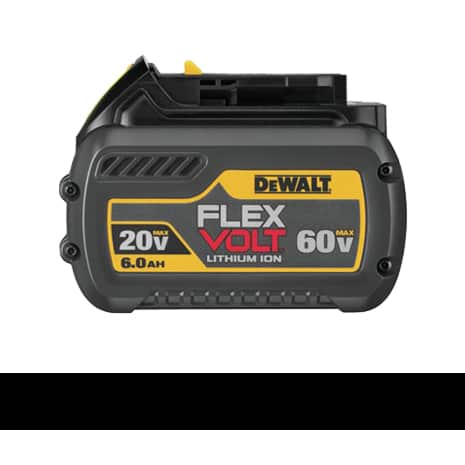 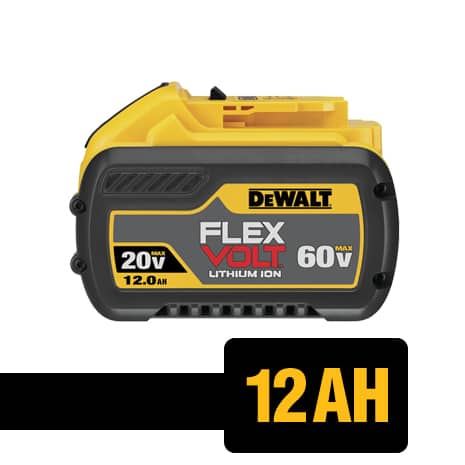 The DEWALT DCE511B fan offers the options you need on the jobsite. Add it to your 20-Volt MAX system of tools, or run it by a cord. Stand it up, hang it, or mount it where you need, so its not in the way. Plus, it offers variable speed control so you can set the power you want.

67
Filter by:
Showing 1-10 of 1,870 reviews
Aug 7, 2021
Just got one after craving it for years.
I've been looking forward to getting one of these fans for a long time. I couldn't justify the price for the lack of features though. Recently a buddy gave me his, and although I do love it, here is what I think it's missing. 1. I shouldn't have to remove the battery to plug in a power cord. 2. This fan has a 120v plug... There is no reason it shouldn't be able to charge batteries while running the fan off 120. 3. There should be a usb port. 4. The fan should have a higher speed. Like say a turbo mode where the fan runs at 200% speed but only lasts for 2 hours instead of 7. You could make another fan with these features, call it the "PRO" model, and I would buy it. I know the price point would increase, but those features would make this fan the best.
by

Customer review from dewalt.com
Jun 17, 2020
Dewalt Tough
I love bluetooth speakers. I have a JBL Xtreme and a SonyXB40. Music just makes things go by quicker. I did not expect much from Dewalt in this category but gave it a try since I already own a handful of their batteries and tools. I was blown away at how clear and crisp this speaker sounded. It cannot compare to my JBL Xtreme but was almost as loud as my Sony XB40 ($99 & needs outlet to charge). I used it today while working from home. I checked my iPhone Xs after about 30 minutes of music play through this speaker and it was at 10% (hadn't charged it recently). I decided to use the USB charge port. After about 40 minutes, my phone charged way up to 96%. I pressed the battery level button on the 2Ah battery pack and was surprised to see it still had two bars left. Later that day my battery went back down to 35% as I attended a Zoom meeting. Since I was unable to play music since I was in a meeting, I simply turned the power on to charge my iPhone. The speaker has an auto shutoff for inactivity since there was no music being played. I'm not sure how long before it auto shuts off but before I turned it back on, I checked the battery level on my phone and noticed it was already at 87% so I left it. Right before this review, I checked the battery meter again and it was still at 2 bars. How cool is that. It seems to have more juice than my 10,000 mah portable. Best part is I have much bigger Dewalt battery packs. My JBL speakers have died on me while camping over the weekend and cannot be charged because it needs an actual outlet. Even if someone else has a backup bluetooth speaker, my iphone would die out anyhow so it wouldn't matter. With this speaker, I will not have to worry about my music dying and I can also charge my iPhone so the music will last me the entire weekend.
by
3 found this review helpful
Showing 1-10 of 1,870 reviews

RIDGID introduces the 18V Hybrid Fan KitRIDGID introduces the 18V Hybrid Fan Kit with 18V Lithium-Ion 2.0 Ah Battery and Charger Kit. Featuring Covert Air Technology, this fan is the quietest and most powerful fan on the market. This hybrid fan can run off RIDGID 18V lithium-ion batteries or plugged in for endless power. The 18V Hybrid Fan pushes out 475 CFM giving it the best-in-class air flow. With a 240° rotation and over 10 different hanging options, this fan can cool down the work place, wherever it is. The Lithium-Ion 2.0 Ah Battery will provide extended runtime compared to the base Lithium-Ion 1.5 Ah Battery (R870015). The included 18V Charger is compact and features a Smart Charging Indicator that will update the battery’s charge status. Backed by the Industry Leading Lifetime Service Agreement, the 18V Hybrid Fan Kit includes an 18V 2.0 Ah Lithium-Ion Battery, an 18V Charger, and operator's manual.View Full Product Description