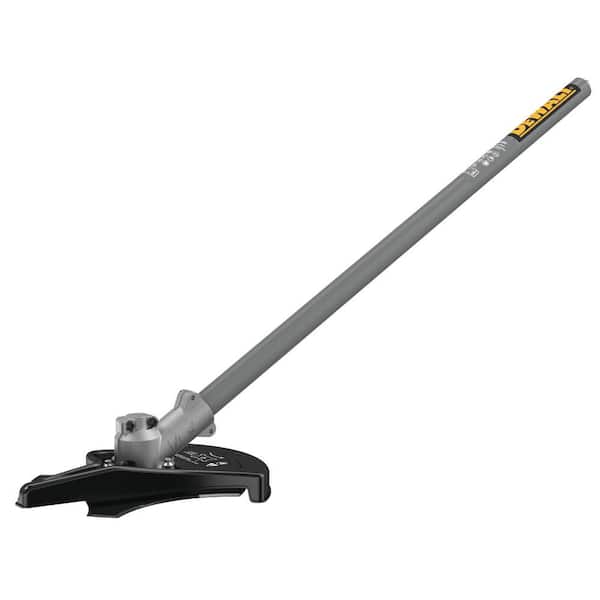 12
Filter by:
Showing 1-10 of 58 reviews
Jul 17, 2022
I’m glad I made this purrchase
The bad reviews really put me off, but I didn’t want to invest in a different system, so I went ahead and purchased this attachment. It works great - I am clearing post-wildfire regrowth, lots of brambles grown over burned branches, small woody brush and such - and this attachment did what I expected it to do. It’s not powered by gas, so of course it’s going to be different - but based on the reviews my expectations were really low, and I was surprised it performed as well as it did given how many one stars it had. I’ve added a photo - I want to be clear that for the thicker branches, I’m using my pole saw or chainsaw - but what you see is what I accomplished mostly with this attachment followed by the string trimmer. I did not give it 5 stars because DeWalt’s guard makes it impossible to swap out other brush blades without removing the guard - which is a dumb move given their lack of variety in terms of other brush clearing blades. After knocking down the majority of the brambles, so went through with the string trimmer attachment on & am really happy with the results.
by

Customer review from dewalt.com
Aug 10, 2022
This thing is awesome! Did well cutting through blackberry brush....
This thing is awesome! Did well cutting through blackberry brush. I cut about 2 inches above root and did perfect then uprooted it with a pickaxe.
by
Aug 10, 2022
by
Aug 6, 2022
Great accessory for the 60v trimmer
I'm not entirely sure what the negative reviews are expecting from this attachment. I was initially deterred from purchasing and am glad I decided to anyway. This brush cutter does a fantastic job and will cut through everything that I need it too. I had a few small sapplings that came up in a flower bed and this mowed right through them. You just need to take a little time and ease through it. Handled overgrown sections of my property with no issues ranging between 3 foot tall grasses to sticker bushes. Only advice is go slow and keep it on high speed. On low mine wrapped up and I had to spend a few minutes untangling the head.
by

The BC720 brushcutter connects to all attachment-capableThe BC720 brushcutter connects to all attachment-capable string trimmers with no tools. The 4-tooth steel brush blade cuts through heavy vegetation and weeds with ease, while the pro-style straight shaft design helps you trim in hard to reach places. Backed by a 2-year limited warranty.View Full Product Description