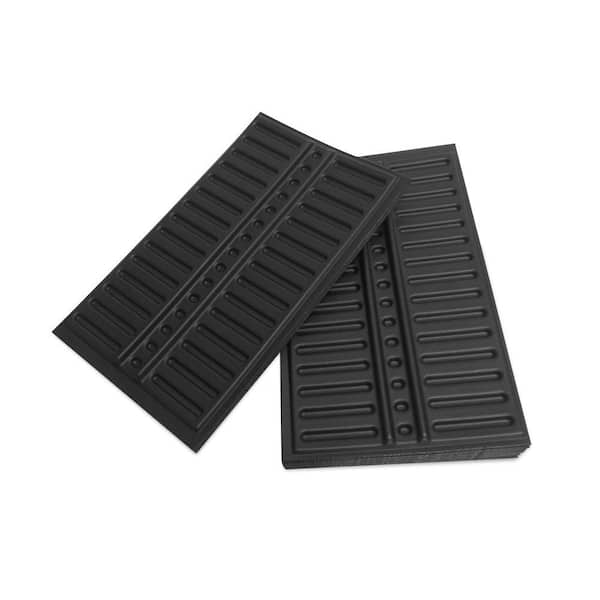 These easy-to-use slide-in design leveling shims are designed for use with DRIcore Subfloor R+. These plastic leveling shims work with panels up to 1/4 in. These shims require no cutting or gluing to work with your panels and can be installed between two panels if needed.

Manufacturer Warranty
AGT Products Inc. warrants to the Qualified Owner (as defined below) that DRIcore Products (the “Product”) will be free from defects in materials, performance and workmanship related solely to the manufacture. 1-866-797-6374.

5
Filter by:
Showing 1-30 of 33 reviews
Oct 16, 2021
Can be a Great Help!
These are good to level out minor dips and inconsistencies in concrete when installing Dricore products on top, though if you think you will need to use them, do NOT go with the Insul-Armor as you won't be satisfied with the result. I can say they work well with the R+ panels. They key is to slip them under the panels with the ridges of the shims in between the channels/grooves of the panels and not to use them if they notably raise the panel when you place them underneath. In most cases leave 1/2 of the shim exposed to go under the next panel. If the panel notably raises when you install them, you likely don't need them. We cut some in half vertically for use around the edges of rooms when needed. In some cases you may need to install in most of a row, while in other areas none were needed. I considered our floor to be rather dippy, but all less than 1/4 inch. In most cases we used the shims singly, but in a few areas layered them up to 4 thick and they seemed to do the trick pretty nicely by reducing flex in the subfloor (again, this does not work well for the Insul-Armor as it is simply not rigid enough, even with luxury vinyl plank installed on top).
by

Customer review from homedepot.ca
Mar 5, 2021
Good addition to the dricore line
These work really well with the dricore subfloor panels. Easy to install as they just slide under a corner or edge of the panel to help level it out if your floor is uneven.
by

CoverTrim is the perfect solution for refreshingCoverTrim is the perfect solution for refreshing outdated trim mouldings or for those home improvement projects that require new flooring, wall paper, or paint without requiring additional mouldings like quarter round or shoe mould. CoverTrim spacers are designed to install directly over top of your existing mouldings, there is no need to carefully edge new paint or wallpaper applications. CoverTrim mouldings and spacers will hide it all.See Full Product Description